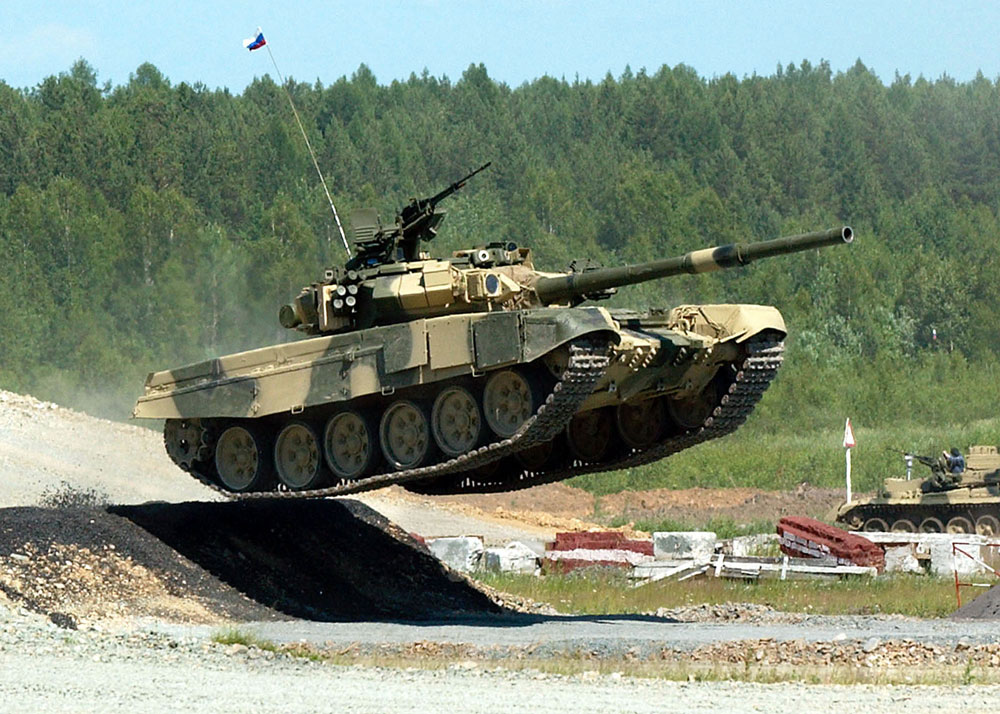 Russian tank T-90 demonstrates its capabilities during an exhibition

Reuters
From April this year, the Russian corporation Uralvagonzavod will open the door to tourists to see its factory in Nizhny Tagil, which manufactures T-90 tanks.

One of the world's largest producers of tanks, Uralvagonzavod, will launch in April 2016 a military and industrial tourism project named Voyentur (military tour).

According to the company's website, tourists will be able to visit the T-90 production facility in Nizhny Tagil (1,000 miles east of Moscow), and enter parts of the territory that are closed to general access.

Tourists will also be allowed into the shops of the facility, historically associated with the production of military equipment.

As the organizers of the project told RBTH, tours will take place during working hours, and guests will be able to familiarize themselves with the production of domestic tanks.

The tour will include the Museum of Armored Vehicles, which displays a range of tanks from the Soviet T-34 to the Russian T-90, as well as armor samples of combat vehicles, combat ammunition, etc.

At the final stage, tourists will be able to enjoy a master class from a T-90 crew and personally ride in a military vehicle. Afterwards, guests will head off to try military cuisine in the field.

Representatives of Uralvagonzavod expect that the majority of tourists will be from Russia, but the project organizers also hope that visitors from abroad will want to visit the domestic enterprise, too.