Space expert: Any observation satellites can be used for military purposes 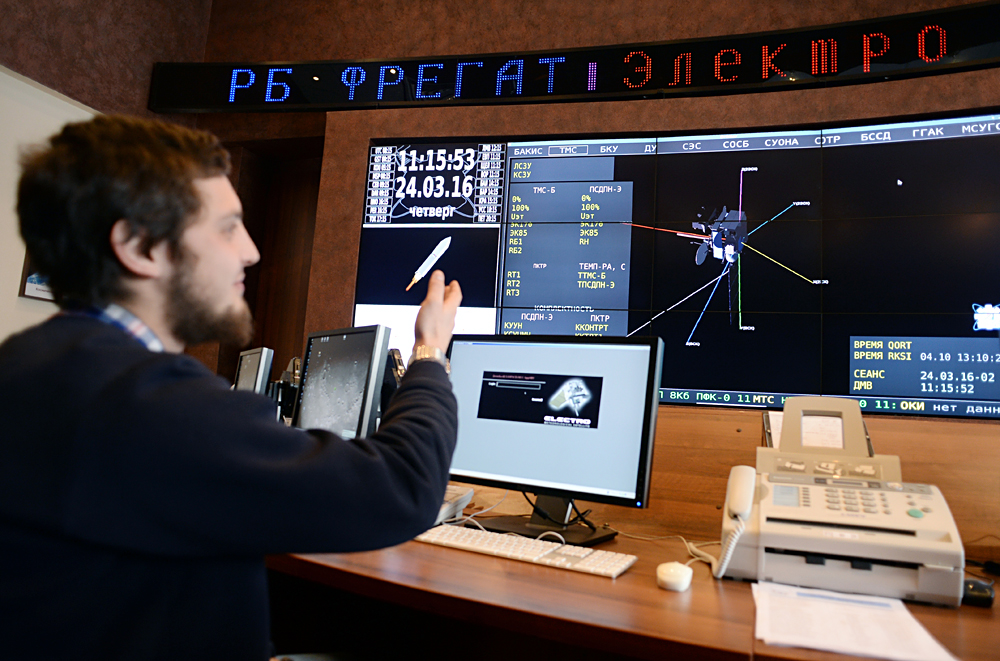 A staff member of the satellite mission control center at the Lavochkin Research and Production Association, in the Moscow region.

Alexey Filippov/RIA Novosti
Anatoly Zak, a space exploration historian and the editor of the website RussianSpaceWeb.com, talked to Gazeta.ru about spy satellites, including whether it is true that Russian systems still drop photographic film to Earth in the old-fashioned way.

How many countries in the world have military satellites?

Is it true that in this digital age, Russia still launches spy satellites that shoot on photographic film and drop the results to Earth in capsules?

A.Z.: Let's start with the fact that such a design was also used by the United States, it is enough to recall the details of the Corona program. Their vehicles shot on large-format photographic film, then this film in the capsule parachuted down, and was picked up by aircraft.

Soviet vehicles were much more unwieldy, employing an equivalent of the Vostok spaceship, which was used to launch Gagarin and other cosmonauts. A similar vehicle called Zenit had cameras instead of a manned cockpit, and it was also put into orbit using the R-7 rocket.

This took place in the 1960s, then these systems were repeatedly modified. The next generation was the Yantar satellites, which were used under different names for many years up to the present time, although the idea, the architecture of the system remained the same.

This is a large capsule, which accumulated the exposed film. The capsule was connected with a large telescope which took pictures. The exposed film was put into small capsules – their number depended on the modification of the system – which were periodically dropped to Earth by parachute.

Each capsule was reminiscent of a small spacecraft – it had a brake motor, an orientation system, etc. When the film ended, the main unit also descended from orbit and returned the remaining material to the ground.

If everything went normally, the capsules landed in a given landing area in the Orenburg Region. Under different names, this system was used up to recent years. There is information that the last such system was launched last year. These systems were mass-produced, and until they were exhausted, the possibility to launch them was maintained.

Where are domestic intelligence satellites assembled?

A.Z.: The Russian space industry has a specialization that determines military and civil activities. The Progress Rocket and Space Center has been engaged in remote Earth-observing satellites for many years since the days of the Zenit, which, incidentally, was transferred to them from Korolyov's firm in Podlipki in the mid-1960s.

There is Reshetnev Satellite Information Systems in Krasnoyarsk, which is engaged in communications and navigation satellites. In addition, there is the Lavochkin Scientific and Production Association, which has made early-warning satellites for detecting ballistic missile launches for many years. There were reports that the Energia Rocket and Space Corporation does the same.

The department of spacecraft assembly at the Lavochkin Research and Production Association, in the Moscow region. Source: Alexey Filippov/RIA Novosti

In Russia, there is a tendering system, with the Russian space agency, Roscosmos, issuing tenders for each project, and different companies can apply for the execution of orders.

Is the U.S. government really so worried about having to launch its own military satellites with the Atlas rocket, which uses Russian RD-180 engines?

A.Z.: In order not to politicize the situation, I would say that there are two such missiles in the U.S. – Atlas and Delta. The original purpose of the two rockets was to ensure launches in the event of any problems, and not necessarily political.

After all, you know that, not only in the space industry but also in aviation, when there is a problem with one carrier, all further launches are stopped until the cause of the problems is identified. Therefore, when there is a large number of launches of strategically important systems into orbit, it is pretty helpful to have two different launch systems.

And if Russia decides not to supply engines at all, the U.S. will have a similar carrier, which is not dependent on engine deliveries from Russia. As a rule, it is a question of time and money. Incidentally, a similar approach existed in Russia in its time – two similar heavy rockets, the Angara and Rus-M, were being developed simultaneously. However, the latter program was closed for financial reasons.