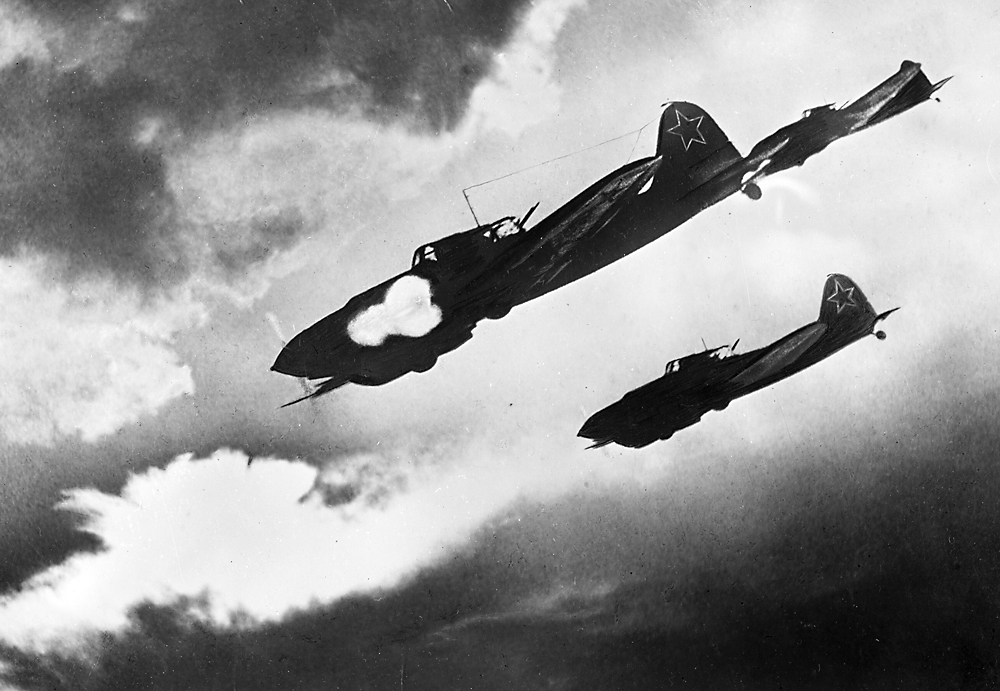 Fedor Levshin/RA Novosti
Russian military aviation is demonstrating in Syria that - along with the United States - Russia is the only country in the world whose air force is capable of projecting power far beyond national borders. It was not always so. Awareness of the importance of military aircraft was born in the dark days of the Nazi invasion of the Soviet Union.

The Second World War marked both the launch of Russian military aviation, and its most difficult period. In 1941, the Soviet Air Force suffered a devastating defeat. In the first six months of the war, it lost nearly 70 percent of its combat aircraft. On June 22, the day of the outbreak of hostilities, the losses amounted to 1,200 aircraft, more than half of which did not even manage to get airborne.

The Germans also suffered serious losses during the same period – almost 4,000 aircraft, which exceeded the Luftwaffe's losses in all previous campaigns. But, nevertheless, the balance was not in favor of the Soviet side. The June 22 losses were a great shock for Soviet generals. After flying around his devastated airfields, the Belorusian Military District's air force commander committed suicide in despair.

The German air force - the Luftwaffe - was rightly considered the world's best. Due to their high fighting qualities, the Germans turned a threefold superiority in the Red Army's aviation to zero by winter, achieving numerical parity, which, considering the Luftwaffe's general qualitative superiority put them on the path toward air supremacy.

German pilots located targets using properly functioning tracking stations, which neutralized the tactical superiority of Soviet aviation on various sectors of the front. The Red Army's pilots showed great heroism, frequently ramming enemy planes, but all this could not reverse the overall situation.

The Red Army had widely varying air assets. They included both new (for example, the Il-2, dubbed the "Flying Tank") and outdated machines - three times as many as new. However, even modern models had significant drawbacks: the quality of Soviet aircraft engines left much to be desired; the aircraft had poorly functioning radio communication. Soviet fighter plane armor was so vulnerable that even relatively weak machine guns mounted on German bombers could pierce it.

Soviet tanks in WWII: Correcting the errors of the first 2 years

The training of flight personnel was provided on a just-in-time basis: pilots barely had time to learn how to operate their new machines. Shortly before the war, Soviet pilot schools had worked overtime, producing thousands of new pilots. The volumes of graduates were such that many were not made officers, so as not to inflate staff levels. Not all of the young pilots were professionals. This had already become clear during the 1939-1940 Soviet-Finnish War, when a small Finnish air force caused serious problems for Soviet aviation, despite its overwhelming numerical superiority.

However, the question of why 1941 was such a tragic year for the Soviet Air Force is more complicated. It should be borne in mind that the creation of a fully-fledged air force in the USSR began just 10 years before the war.

Aviation plants were often built on greenfield sites and had neither sufficient materials nor the necessary number of qualified engineers and workers. In addition, aviation is one of the most technically complex types of modern weapons. Its creation requires a developed chemical industry, electronics and metallurgy. All this was also created in the Soviet Union on a just-in-time basis.

Designers studied largely by trial and error. Disadvantages of aircraft engines limited their freedom of action, and attempts to solve them in the short term led to grave consequences. The lack of qualified commanding staff was a major problem.

Stalinist repression did not create the problem, but it certainly exacerbated it. Training and combat experience of the Soviet pilots were not at a high enough level and they were still absorbing lessons learned during combat on the side of Republican forces during the Spanish Civil War a few years earlier.

Read more: 100 years of Russian air defense: The principal milestones of the centenary>>>