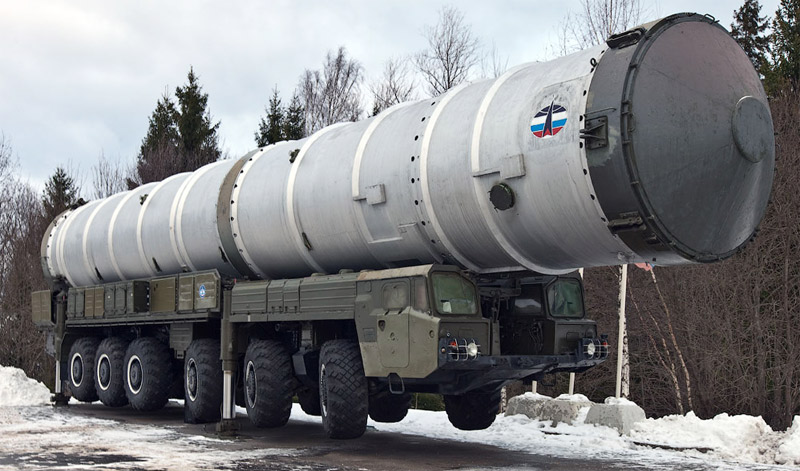 The system is deployed at the 9th division of the antimissile defense systems in the Sofrino-1 settlement 31 miles north of Moscow.

Press Photo
Russian Aerospace Forces have tested a missile for their antimissile defense system at a firing range in Kazakhstan. According to an RBTH source in the defense industry, this trial was to test the new short-range warhead (62-620 miles) for the A-235 Nudol systems deployed near Moscow.

The Russian Armed Forces are modernizing their antimissile defense systems around Moscow. According to an RBTH source in the defense industry, aerospace forces tested a new missile for their A-235 Nudol system as part of this program on June 21, 2016.

The modernization of the 'Maya Pyramid' near Moscow

The system is deployed at the 9th division of the antimissile defense systems in the Sofrino-1 settlement 31 miles north of Moscow. Nearby is the Don-2N radar station, which resembles a Maya pyramid. Its objective is to detect enemy intercontinental ballistic missiles and direct the A-235 Nudol antimissile system.

“Modernization of the antimissile defense system from the A-135 to the A-235 for protecting Moscow has been going on since the 2000s. Currently the system is equipped with new missiles," said the RBTH source.

According to Victor Litovkin, a military analyst for the TASS news agency, the antimissile defense system near Moscow, which is capable of striking objects in short-distance space, is one of Russia's most secret programs. It was only at the end of 2015 that a film crew from the Zvezda state TV channel, which directly collaborates with the Russian Ministry of Defense, received access to the testing of the new missile.

The prehistory of the A-235 Nudol

According to the Anti-Ballistic Missile Treaty signed by the U.S. and the Soviet Union in 1972, both sides committed to deploying no more than two antimissile defense systems, one near their nations' capitals and one directly near the concentration of intercontinental ballistic missile launching installations. However, two years later Moscow and Washington agreed to limit themselves to just one system of their choosing. The USSR deployed their system near its capital to protect itself from nuclear intercontinental ballistic missiles while the U.S. installed their complex at the Grand Forks Air Force Base in North Dakota.

Litovkin noted that originally the A-135 system was equipped with the 53T6 missiles, which are called “Gazelle” according to NATO classifications.

“These missile systems are capable of intercepting enemy ballistic missiles travelling at a speed of seven kilometers per second [4.3 miles] and at a height of five kilometers [3.1 miles],” says Litovkin.

In his words, the new model's main difference from previous incarnations is the presence of a kinetic and not a nuclear warhead. A kinetic warhead relies on its high velocity to inflict maximum damage.

“The intercontinental strategic missile moves at supersonic speed in a cloud of false targets,” says Litovkin. “Detecting one nuclear warhead in such a ‘mass’ is an incredibly difficult technical challenge. That is why originally the 53T6s were equipped with a nuclear warhead that simultaneously intercepted all the enemy's missiles and destroyed all its advancing objects with a nuclear explosion.”

But technology is moving forward and today the Russian government has decided to avoid the possible technological and human losses that would result from the radiation of a nuclear explosion.

At present the Russian Ministry of Defense has revealed some of the components and elements of the initial A-135 system. Currently, the transport-charging machine from the A-135 is being exhibited for the first time on an open static platform at Patriot Park (45 miles west of Moscow).