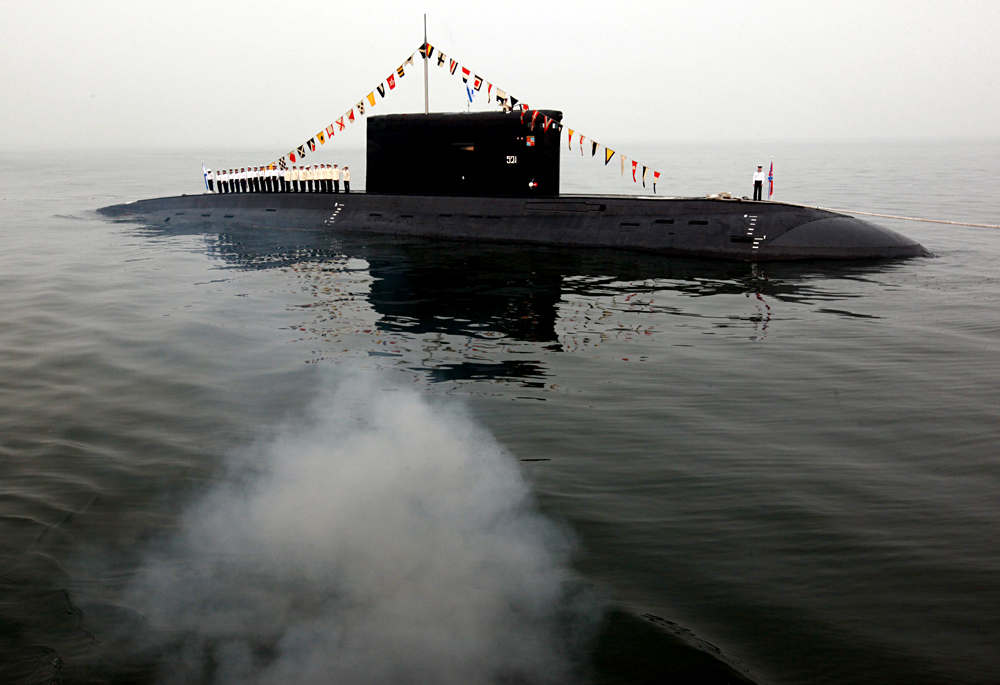 Vitaliy Ankov/RIA Novosti
The Russian Navy is to open a new base on the Black Sea coast in Novorossiysk hosting Varshavyanka class Project 636.6 diesel-electric submarines with Kalibr cruise missiles. However, there are still some weather-based issues to be resolved.

The Russian Defense Ministry is completing the construction of the final three submarine berths in the Black Sea port of Novorossiysk (930 miles south of Moscow). According to a RBTH source in the military-industrial complex, the Black Sea Fleet's new base will host six Varshavyanka class Project 636.6 submarines.

"Currently, three of them are already in the city's harbor – the Rostov-on-Don, Novorossiysk and Stary Oskol," said the RBTH source.

"Each submarine is equipped with underwater torpedoes to combat surface ships and Kalibr missiles, which have demonstrated their combat power in Syria, including the ability to hit targets at a distance of up to 2,500 km."

According to the source, the decision to deploy an additional base on the Black Sea was made in connection with the increased activity of NATO warships in the past few years.

"The deployment of Varshavyanka class Project 636.6) submarines in Novorossiysk allows Russia to control potential threats in Europe and the Middle East," said the source.

Initially, the new base on the Black Sea coast was being built because of disagreements in Russian-Ukrainian relations after the collapse of the Soviet Union.

In the period since 1991, the naval base in Crimea was handed over to Moscow on a lease, but any fleet update (to the very last bullet – RBTH) had to be coordinated with the parliament in Kiev.

According to the TASS news agency's military expert Viktor Litovkin, Ukraine's policy after the collapse of the Soviet Union boiled down to squeezing Russia out of Crimea, but since the takeover of the peninsula by Moscow in 2014, the situation has changed and a full-scale reform of the fleet has begun.

"Sevastopol Bay offers unique opportunities to Moscow," said Litovkin. "Together with the new base in Novorossiysk, Russia can fully control the Bosphorus, the military infrastructure in Bulgaria, as well as neutralizing the threat of a U.S. missile defense base in Romania."

According to Alexander Khramchikhin, director of the Institute of Political and Military Analysis, a Moscow think-tank, the key threat of the U.S. missile defense system in Eastern Europe to Russia is the ability to instantly convert a missile defense base into an offensive one.

The strength of the new base's location for the Black Sea Fleet is the possibility to distribute ships and submarines between several naval bases in the same region, say analysts. However, the base in Novorossiysk has a crucial issue that still needs to be resolved.

"First of all, it’s about climatic conditions," Litovkin told RBTH. "The maritime area of Novorossiysk is regularly subjected to the impact of northern winds from the Caucasus Mountains, which hit ships and houses in their path with great force.

“The wind can throw ships ashore and destroy the entire military infrastructure. The base is being constructed in such a way that the gusts of wind will not be so catastrophic."

According to him, Russia is building an additional tunnel in the Caucasus Mountains to nullify the threat of destructive winds.

What exactly is the U.S. Navy’s brand new stealth destroyer for?