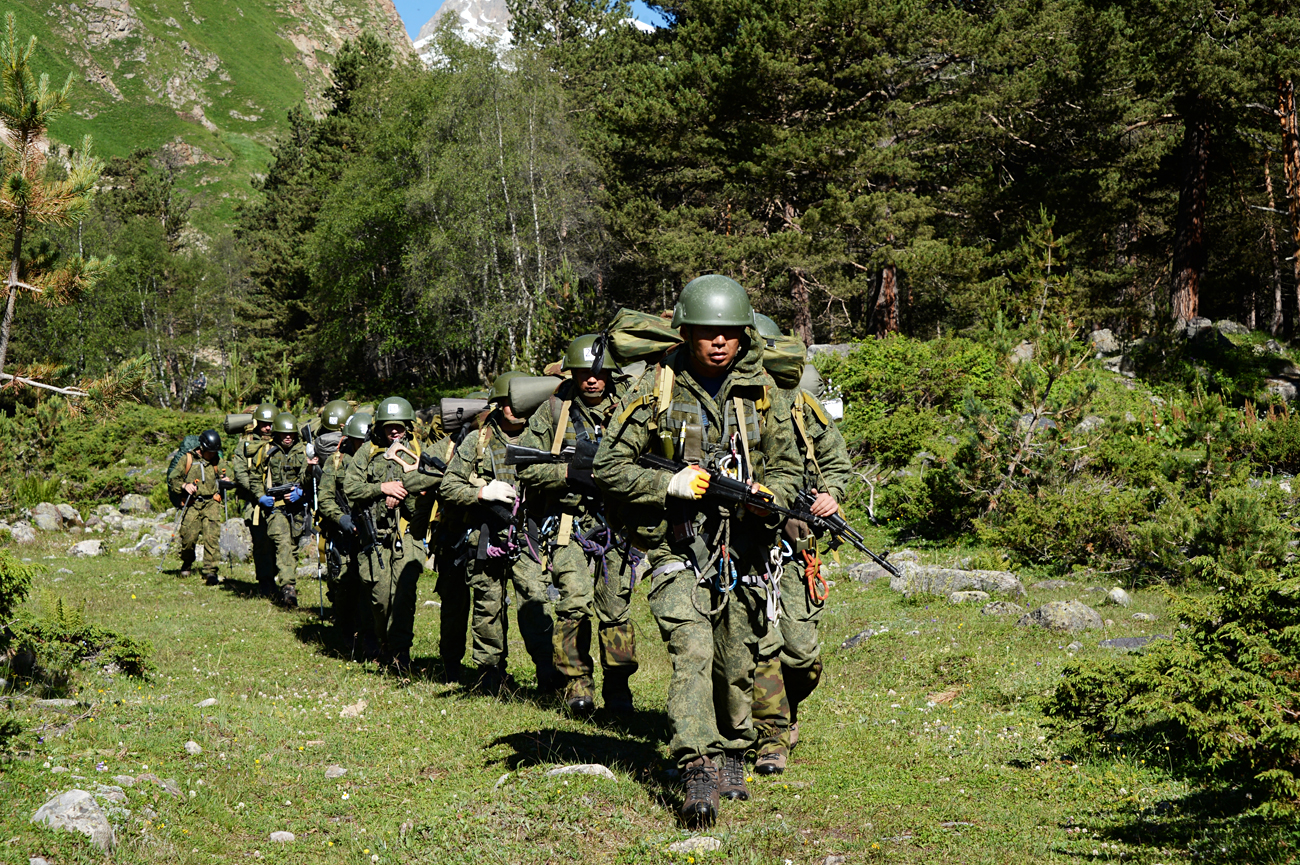 Each serviceman taking part in the course was given five cartridges in the event they came across a bear. Photo: Terskol mountain training and survival center in Kabardino-Balkarian Republic.

Said Tsarnaev/RIA Novosti
The Russian military have conducted a 60-mile experimental training exercise through mountainous taiga in Siberia with Old Believers as their instructors.

An unusual military experiment concluded in Siberia on July 27: A group of Russian servicemen from a special-purpose unit carried out a 60-mile “raid” through the wilderness headed by representatives of the local community of Old Believers – a staunchly traditionalist religious sect that split from the main Orthodox Church in the late 17th century.

The final five-day leg of the 30-day training course for special-purpose troops lay through the difficult terrain along the Maly Yenisey river in the Republic of Tuva, a Russian region bordering on Mongolia.

Siberian Old Believers, who lead a secluded life and reject many modern conveniences, have taught elite servicemen how to find their bearings and feed themselves in remote mountainous taiga.

When it came to procuring food, the task was further complicated by some of the Old Believers’ traditions.

“They do not eat game with legs, such as hares or bears, but do eat the meat of cloven-hoofed animals. Forest birds and fish are also allowed, as are nuts and berries,” the press service of the Central Military District said.

Each serviceman taking part in the course was given five cartridges in the event they came across a bear. However, there were no unexpected meetings with dangerous animals during the five days of the wilderness march.

To carry out the march, the military from the Central Military District had to reach an agreement with representatives of the local Old Believers’ community, TASS reported earlier.

This experimental cooperation between the military and the Old Believers came out of the need to improve servicemen’s survival skills in a particular terrain.

“During training, we came across the problem that our instructors do not have sufficient survival skills in mountainous taiga. To improve combat training, we have for the first time recruited Old Believers as instructors,” the TASS report quoted the Central Military District commander, General-Lieutenant Vladimir Zarudnitsky, as saying.

Although the military commanders concluded that the experiment had been a success, representatives of the Central Military District have not yet disclosed whether this form of training will become part of the standard program.

In pictures: How Russian sappers are demining Syrian Palmyra>>>