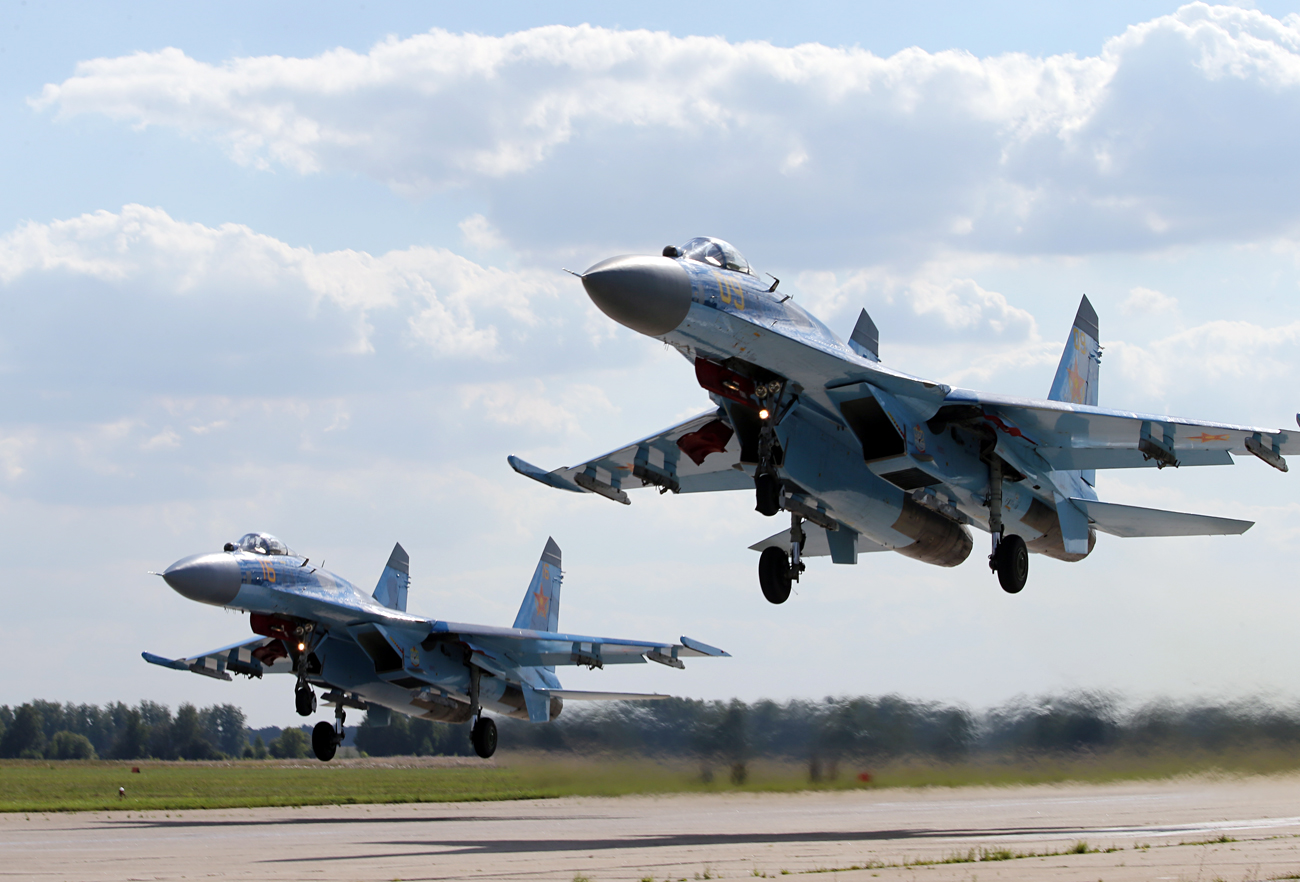 About 100 aircraft and more than 9,000 troops took part in the drills.

Marina Lystseva/TASS
The CIS Joint Air Defense System has held its annual combat readiness test in the airspace of Russia, Belarus and Kazakhstan. The drills featured the participation of seven member states and over 9,000 troops.

The annual battle readiness test of the command bodies and alert forces of the Commonwealth of Independent States (CIS) Joint Air Defense System was successfully completed on Oct. 26, the Russian Defense Ministry's department of information and mass communications has said in a statement.

The exercise involved seven of the 11 CIS countries – Armenia, Belarus, Kazakhstan, Kyrgyzstan, Russia, Tajikistan and Uzbekistan. About 100 aircraft and more than 9,000 troops took part in the drills.

"During the training, the battle readiness of the CIS alert forces and air defense assets was tested with flights of training targets, including supersonic and stratospheric," the department said.

The Russian Air and Space Forces' A-50 airborne warning and control systems (AWACS) were used to increase radar detection range in the Eastern European and Central Asian regions during the drills.

The exercise was led by the head of the Russian air force, Colonel-General Viktor Bondarev.

The exercise was pre-planned and had nothing to do with the current military-political situation, said Lieutenant-General Aitech Bizhev, former Deputy Commander of the Air Force for the CIS.

Usually, the CIS air-defense forces practice executing scenarios involving the use of patrol forces against aircraft that violate the CIS borders, as well as in the case of hijacking of aircraft, in helping the crews of aircraft and helicopters in distress, said Bizhev.

"In the summer, these exercises develop into tactical live-fire exercises on the Ashuluk firing range in the Astrakhan Region," he added. "This is the so-called practical stage of the international exercises of the CIS Joint Air Defense System, 'Combat Commonwealth'."

"By and large, such exercises involve all the air defense troops of the former Soviet Union, of course, severely truncated compared with the 1980s," said Bizhev.

The most important element of the exercise was the practicing of interoperability when aircraft cross the state borders of the CIS Joint Air Defense System members, as well as the movement of forces and equipment to the forward-based airfields, explained Colonel Sergei Volkov, former chairman of the Russian Air Defense Forces' Scientific and Technical Committee.

Who are the members of the CIS Joint Air Defense System?

In 1997, Turkmenistan effectively withdrew from the CIS Joint Air Defense System, while Uzbekistan cooperates with Russia exclusively on a bilateral basis. All relations in the sphere of defense with Ukraine were terminated after February 2014 over Russia’s seizure of Crimea and support for rebels in the Donbass region.

According to Volkov, the joint air defense system helps create a more cost-effective duty roster and military personnel training. In addition, according to him, the use of neighboring countries' airfields can dramatically increase the range of fighter aircraft.