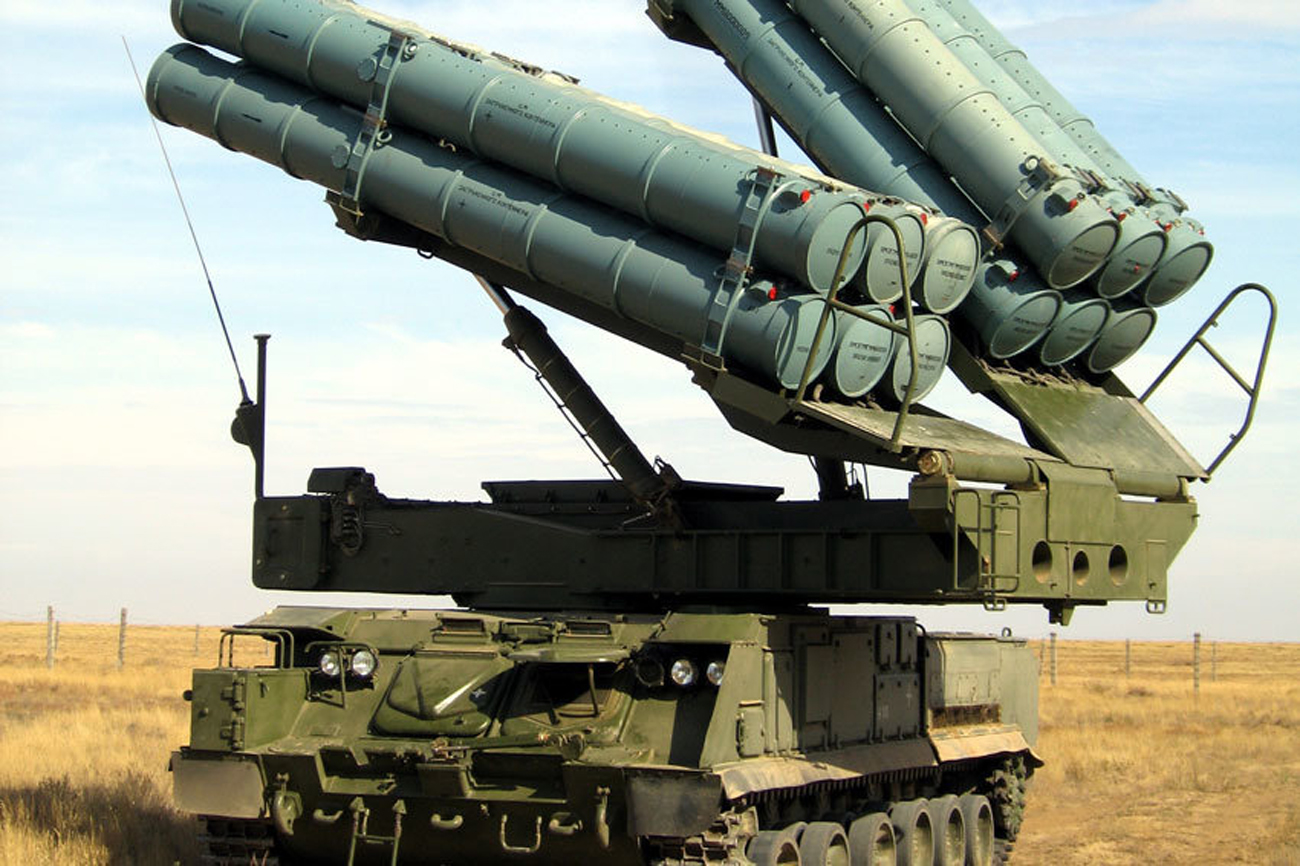 Press Photo
The most important of the Russian army's recent acquisitions was the first division of the Buk-M3 anti-aircraft missile systems. However, military experts say that supplies of the Buks alone will not be enough to protect Russia: It is necessary to modernize the country’s defense enterprises, something that is basically not happening.

On Oct. 21, on the day the Russian army received its new military technology, Russian Defense Minister Sergei Shoigu said that in October 2016 half of all the military hardware in the Russian armed forces now consisted of new models.

Shoigu, who also holds the rank of army general, noted that in accordance with a presidential decree, by 2020 70 percent of the army's technology will consist of updated models.

One of the main "gifts" for Russia's army was the Buk-M3 anti-aircraft missile system. Shoigu said that the armed forces had received the first division of Buk-M3s.

"This is not only the modernization of the air defense system that the Russian army already has. Basically, this is a new model with old dimensions," explained Valery Yarmolenko, director of the press service at arms manufacturer Almaz-Antey.

Thanks to developments made by Russian manufacturers, the missiles can be fired from the 12 cylindrical containers 20 seconds after the system is set up. Unlike its predecessor, the new system can strike missiles and enemy planes not 15 but 70 kilometers (45 miles) away.

The Rossiyskaya Gazeta newspaper confirms that the Buk-M3 anti-aircraft missiles can strike surface and ground radiocontrast targets – that is, they can be used as tactical-guided missiles and not only defensive weapons.

What else has the Russian army received?

In the last three months the Russian armed forces have received a series of defensive systems. Among them are the following:

- the Bal and Bastion missile systems for the Western Military District; 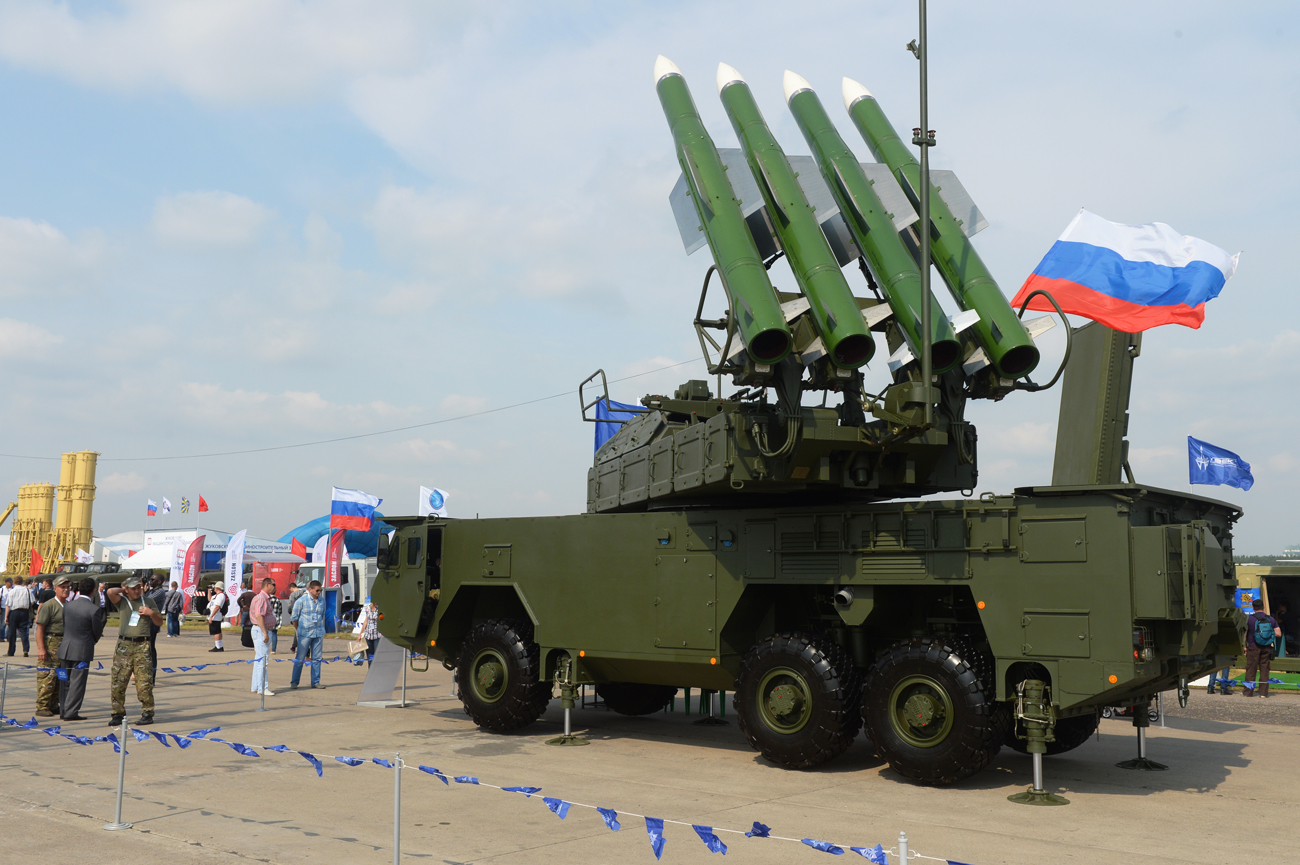 A BUK-M2E surface-to-air missile system on display during the International Aerospace Salon in Zhukovsky near Moscow / Source: Mikhail Voskresenskiy/RIA Novosti

Sergei Shoigu noted that during the Army-2016 Military Technological Forum near Moscow in early September Russia showed the world most of the new technology that the armed forces are now acquiring.

"Defense ministry representatives and foreign and Russian military experts could appreciate Russia's combat possibilities during the demonstrations," he said.

Problems with rearming the army

"The modernization and development of the Russian armed forces program, which costs 22 trillion rubles ($343 billion today), can fully guarantee the country's security by the time it terminates in 2022. However, there is a series of problems that must be solved," said Viktor Yesin, former director of the General Staff of the Strategic Missile Forces.

In his words, the modernization of the defense industry, in which three trillion rubles have already been invested ($48 billion), is failing.

"This is due to the sanctions and the fall of Russia's economy. The process of import substitution in the defense enterprises is getting practically nowhere," said Yesin.

According to a source in the Russian defense industry, the main problem lies in the fact that Russia will not be able to substitute imported items in a series of key sectors in the upcoming years.

"One thing is the modernization of enterprises. But creating from scratch certain units that will produce the technology is another. The enterprises will be able to produce the ship and helicopter engines that were imported from other countries by 2018. However, there are many electronic systems accompanying these machines that Russia will not be able to produce independently," said the source.

According to Russian Deputy Defense Minister Timur Ivanov, the financing of the defense industry has diminished due to the crisis, a trend that may continue in 2017.

"Defense industry enterprises have long-term contracts to build ships, missiles, aviation and space satellites. There will be no sequestration here. During crises purchases of secondary technology – armored personnel carriers, engineer machines and so on – are reduced," explained the source.

Why is Russia spending so much on modernizing its army?

According to Yesin, the share of defense expenses is unquestionably very big. But if Russia wants to feel secure and not worry about tomorrow, then money must be spent today in order to avoid a repeat of the 1990s and 2000s.

"In terms of nuclear weapons, we are on par with the U.S., but in terms of conventional weapons, we trail significantly. If we want to avoid war, we must make up for what we lacked in the 1990s and 2000s," said Yesin.