Armenian president: We had to buy Iskander-M missiles from Russia 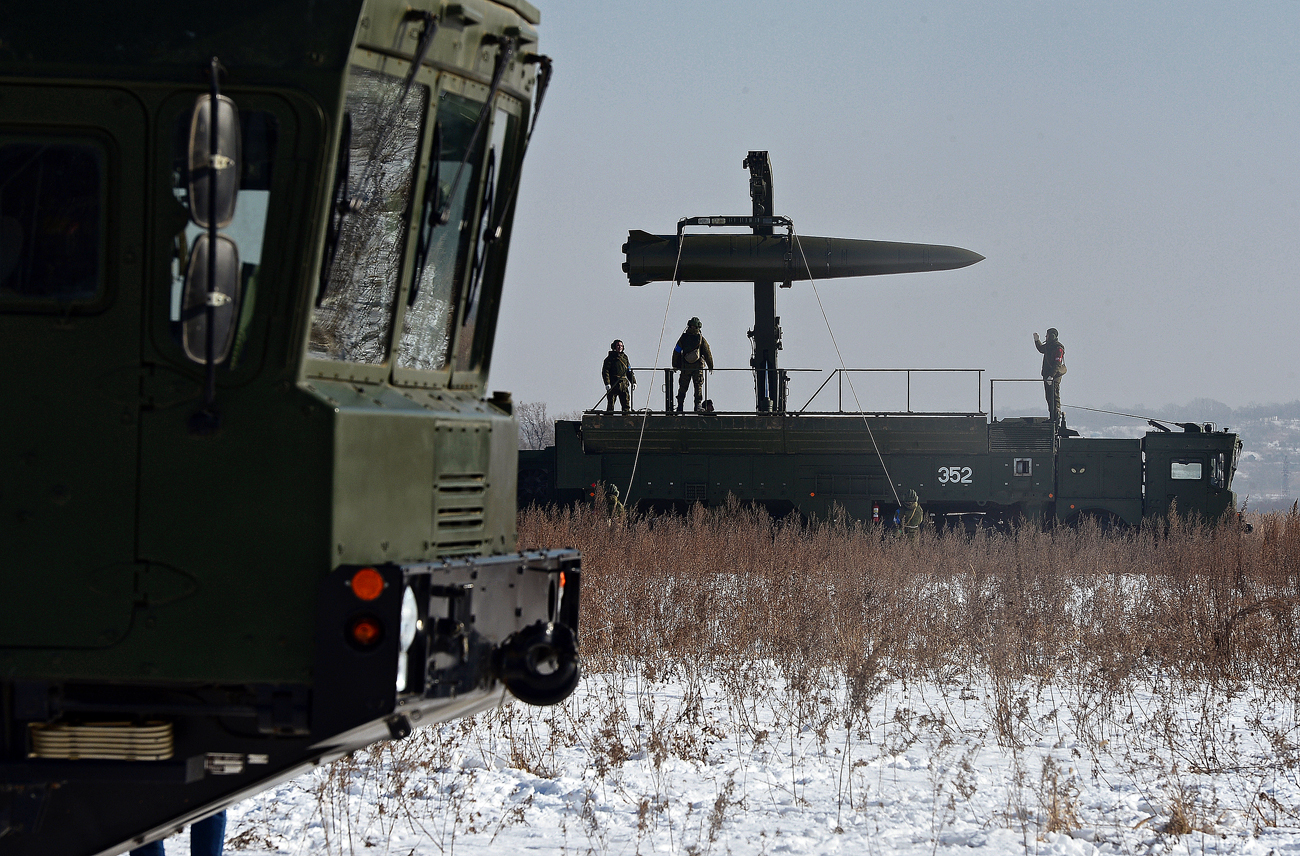 Sergei Orlov/RIA Novosti
Armenia has become the only country in the world to receive the green light for the purchase of Russia's Iskander-M short-range ballistic missile systems. President Serzh Sargsyan says Yerevan had no choice but to make the purchase in order to ensure its regional security in the Caucasus.

Yerevan has been obligated to buy Iskander-M short-range ballistic missiles system to balance the volatile military situation in the Caucasus region, Armenian President Serzh Sargsyan has said in an interview with the MIA Rossiya Segodnya news agency.

"It is no secret that over the last few years, Azerbaijan has regularly purchased the latest weapons," said Sargsyan. "We do not have such financial opportunities as Azerbaijan, but are trying all the time to balance the situation, to find the antidote. I think that in this case, the Iskander is such an antidote."

According to him, Yerevan has entered an arms race with neighboring Azerbaijan. 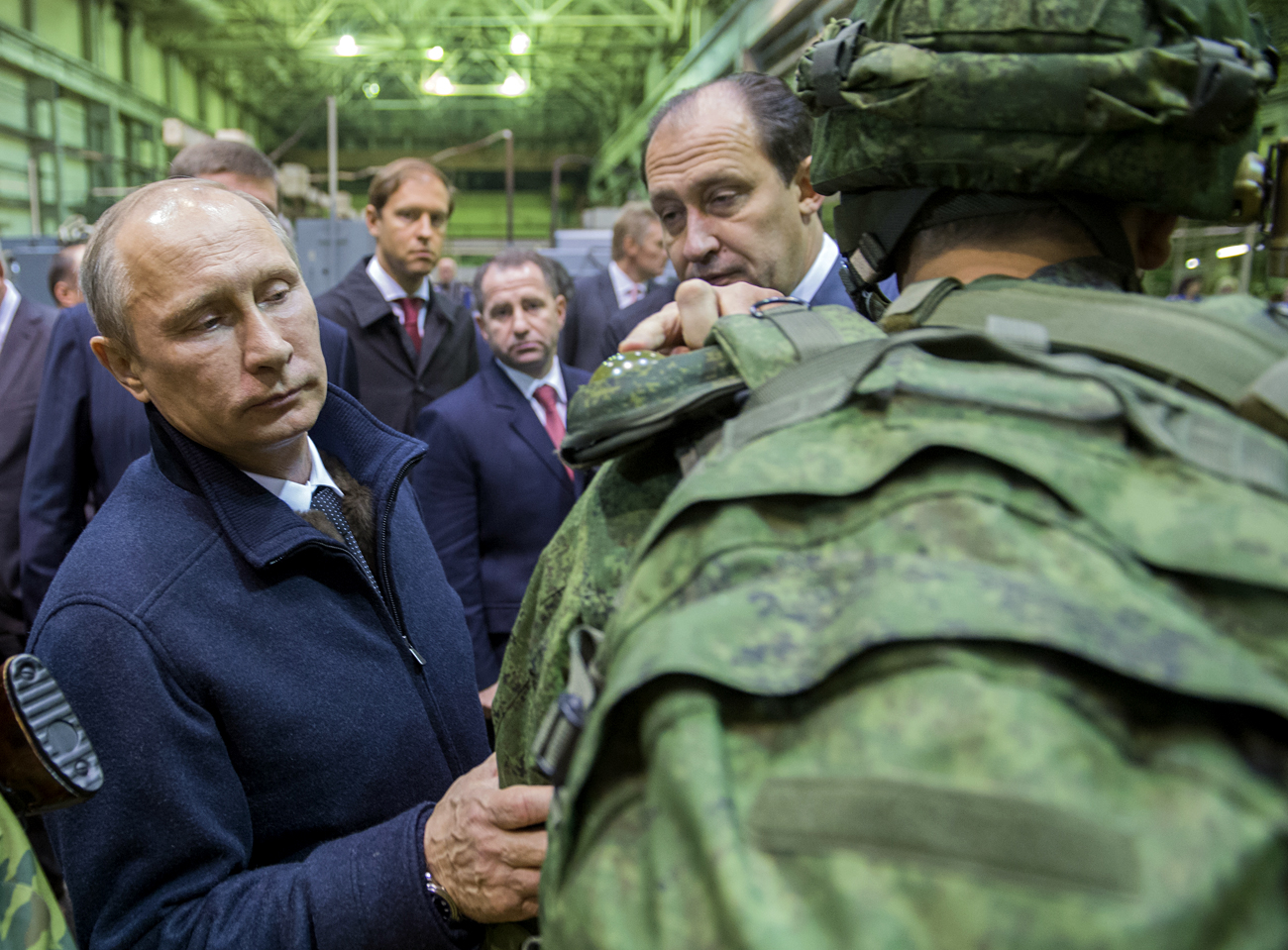 "We do not want to go for it, but what to do if you are every day threatened with war and physical extermination," said Sargsyan. "You must take appropriate steps."

He stressed that Moscow had decided to sell Iskander-M missile systems to Armenia out of turn, based on an agreement between the two countries on maintaining the balance of forces in the region.

Why has Russia sold the Iskander-M to Armenia – and nobody else?

Armenia is currently the only country in the world to receive the green light for the purchase of Russia's Iskander-M missile systems.

"Moscow is preparing to sign an agreement on the establishment of the Joint Group of Forces with Armenia," Colonel General Viktor Yesin (retired), former commander-in-chief of the Strategic Missile Forces, said in an interview with RBTH.

"We are becoming allies, and therefore as an exception have delivered one battalion (three batteries, each consisting of three launchers, plus support vehicles) of Iskander-M operational and tactical systems to Armenia."

He noted that Russia has received many applications for the purchase of this system, but Moscow will not export the Iskander-M in the coming years.

"Until manufacturers replace the Tochka-U systems in ground brigades for the latest Iskander-M, there will be no talk about mass deliveries abroad," said Yesin.

According to Yesin, the sale of Iskander-M missile systems to Yerevan will not affect relations between Russia and Azerbaijan, which has been involved in an on-off conflict with Armenia since 1994 over the breakaway “republic” of Nagorno-Karabakh, which Baku – and most of the world – recognizes as Azerbaijani territory but which is essentially an Armenian protectorate.

"Baku also receives Russian military equipment: tanks, multiple rocket launchers, self-propelled artillery systems, and so on," he said. "Moscow supports the balance of power so that none of the parties to the conflict has no military advantage."

However, he did not rule out that Iskander-M systems may turn from a means of deterrence into a weapon of war in case of a renewed outbreak in hostilities around Nagorno-Karabakh.

What is the Iskander-M short-range ballistic missile system?

This system is designed to destroy small targets at a distance of around 300 miles (500 km) and can be fitted with nuclear warheads.

"The Iskander-M set for Yerevan is much weaker than the domestic one – the missile cannot be equipped with a nuclear warhead and its destructive range is 280 km to comply with the U.N. regulations on arms transfers abroad," Viktor Litovkin, a retired colonel and military analyst for the TASS news agency, told RBTH.

As he explained, missiles from the Iskander-M system are capable of penetrating all the world’s existing missile defense systems.

According to him, the Iskander-M's guidance systems are integrated with a variety of surveillance systems, from unmanned aerial vehicles to satellites in Earth orbit.

"Initially, Moscow had planned to deliver this system to Syria," said Litovkin. "However, the Israeli prime minister managed many years ago to convince Putin not to take this step."

He noted that the list of potential customers of the missile system today includes Belarus, China, India, Egypt, Algeria and Venezuela.