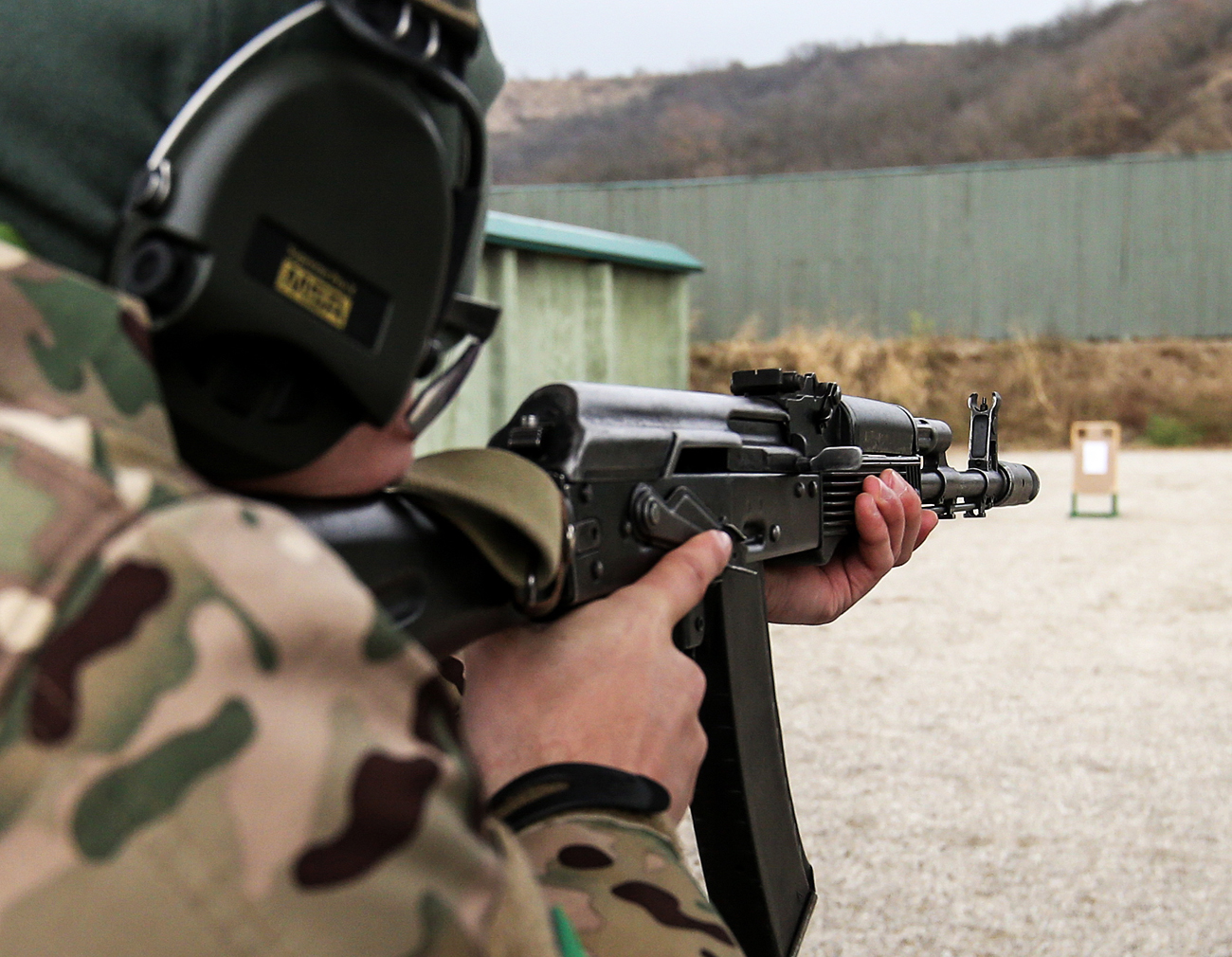 A weapon and tactical training session on the grounds of the International Training Center for Special Forces.

Valery Sharifulin/TASS
Foreign experts would like to become instructors for security and intelligence personnel from Russia-friendly states at a ‘tactical city’ in Chechnya. However, Chechen leader Ramzan Kadyrov says that American instructors will not be allowed into the region.

Special forces veterans from the UK and other countries would like to become instructors at a ‘tactical city’ that is being built in the Chechen city of Gudermes (1,150 miles south of Moscow), a spokesperson for the future International Special Forces Training Center has told RBTH.

According to Yulia Plavinskaya, after its official launch in 2018, the center will initially employ some 200 leading international experts as instructors. They will provide comprehensive training for special forces personnel on how to operate, day or night, in various types of terrain – mountains, forest, valleys, etc.

Will Americans be able to work in Chechnya?

At first Chechen leader Ramzan Kadyrov appeared to indicate that American instructors would also be welcome, but later claimed that he had been misrepresented in the Nov. 23 interview with the Interfax news agency.

“You can’t deny that there are some really tough guys in the U.S. with extensive experience of participation in known and covert special operations in Latin America, Asia, and Africa. We already have about a dozen applications from private American instructors. These are people who have made a name for themselves. We shall see,” Kadyrov originally said in the interview.

Russia to build a ‘tactical city’ for special anti-terror forces

Later, however, on Nov. 28, Kadyrov made it clear that American veterans would not be invited to the special forces preparations base in Gudermes.

“I never invited any Americans to Chechnya. If you watch the interview which a lot of people are now referring to, there is no mention of this. I announced previously and I will repeat this again, that we will not under any conditions invite any American special forces personnel to work in this base,” he said.

“The first reason is that we are the world’s best, and they are only twenty-something. This was shown in the world championships in Jordan; they have nothing to teach us,” said Kadyrov.

In addition, according to Kadyrov, all official structures from the U.S. fall under sanctions. “The selection [process] for work in the center is very hard. It will not be easy to pass, regardless of the applicant’s country. Well, for American applicants the doors to the center will be closed,” he said.

Who exactly will foreigners be training?

A source in the secret services told RBTH that foreign instructors will not be involved in training personnel for the Main Intelligence Directorate, the Federal Security Service, the Russian National Guard or other state agencies.

“Training of special-purpose personnel has been made increasingly secret in recent years in Russia. Our fighters will be trained by Russian instructors under a special program. There will be no Americans dealing with that,” the source said.

According to Alexei Ramm, a military observer with the Izvestiya daily, instructors from the U.S., the UK and other countries will be training personnel for Russian private security companies as well as special-purpose troops from CIS and other foreign countries on a commercial basis.

“They will be providing training under an internationally established program. One particular feature of it will be an opportunity to practice counter-terrorist scenarios when freeing hostages not only in a building but also on board a ship, an aircraft, in mountainous terrain, and so on,” said Ramm, adding that he did not share the concern that government structures were thus losing out on some valuable experience.

“With the exception of some nuances, we and the Americans have everything else in common, including firearms training, special tactical training, operations to storm premises and so on,” he said.

Who will be trained at the center?

The Chechen leadership has not revealed all the foreign states that, alongside Russia, will be able to train their commandos at the Gudermes center.

“Practically all CIS countries want to send their personnel to train at our center in how to combat terrorism. Interest has also been expressed by military and diplomatic representatives from Argentina, Belgium, Italy, Canada, Pakistan and many others. With China, this work has a more specific shape as our delegations have already exchanged visits,” said Kadyrov.

Ivan Konovalov, head of the military policy and economics section at the Russian Institute of Strategic Research, points out that the current political situation will have a significant impact on the work of the center.

“It is known that carte blanche for training in Chechnya will be given to countries that are friendly to Russia. Especially those in the CIS. Although the center is being built with private money, it will be under strict supervision by the authorities,” he said.

According to Konovalov, the center’s operations will be absolutely transparent and its financial flows will be fully and thoroughly monitored.

Will Russian ‘graduates’ be able to fight abroad?

Russia has a law “On private security companies and detective agencies” but it does not have a law regulating the operations of private military companies.

“Private military companies are structures that operate abroad. No Russian security companies whose staff will be trained there will be given a green light to take part in combat operations or even to render their specialist services in other countries,” said Konovalov.