Why is Ukraine testing missiles in the Black Sea near Crimea? 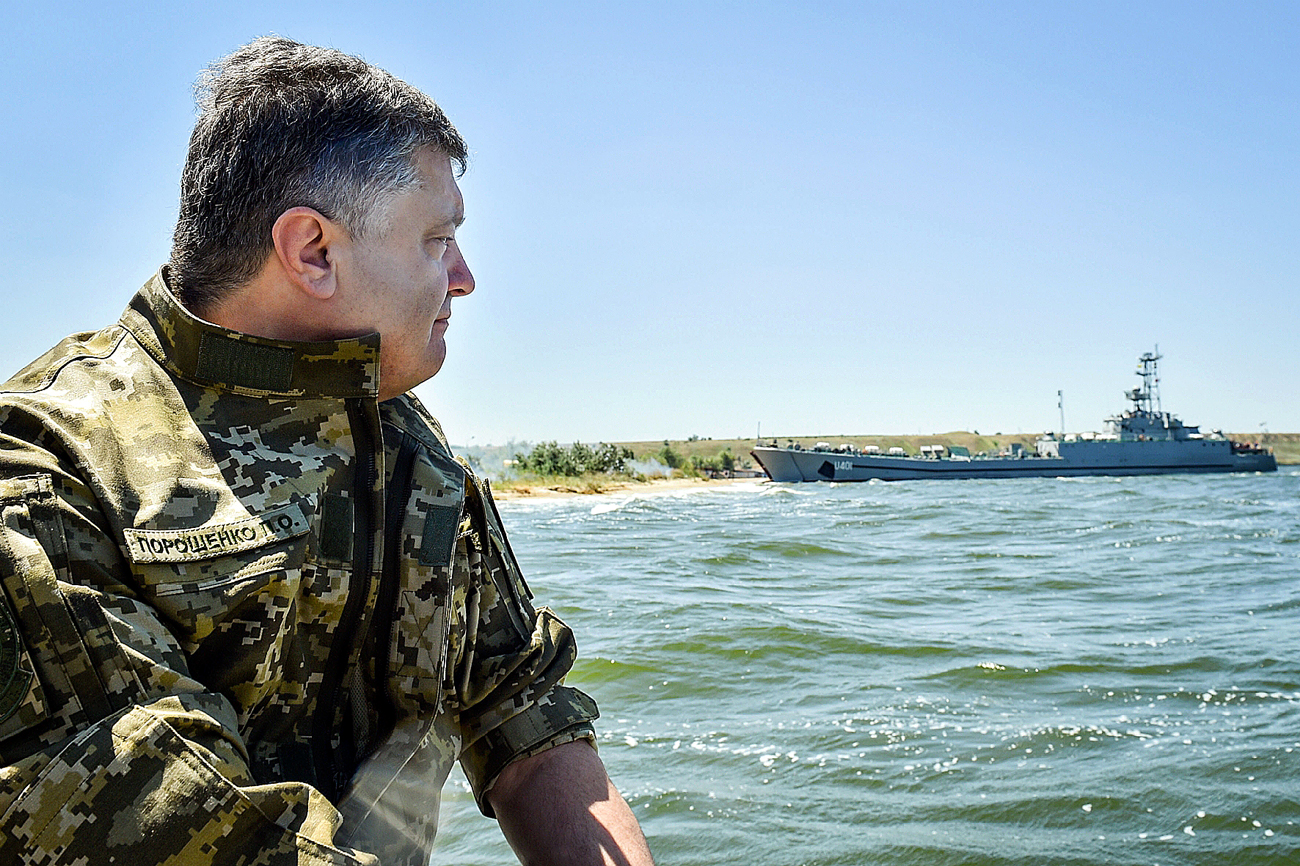 Ukrainian President Petro Poroshenko has recently admitted that Ukraine has not managed to “bring living standards closer to the European level" in the last three years.

PhotoXpress
Ukraine went through with its plans to hold drills in the Black Sea on Dec. 1-2, test firing several missiles a few miles away from Crimea. The drills were expected to violate what Russia says is now its airspace, and the Kremlin has criticized Ukraine’s move. Are the tests Ukraine’s way of refocusing the world’s attention on the issue of Crimea?

Ukraine has begun tests of S-300 surface-to-air missiles over the Black Sea. The drills, held next to the borders of the disputed Crimean peninsula, will be continued on Dec. 2.

Early on Dec. 1, the Ukrainian government moved the no-fly zone over the test site away from Crimean airspace and its waters. Crimean authorities later stated there was no further threat to civilian airplanes.

Ukraine’s plans to hold missile tests that could have violated what the Kremlin insists is its airspace were previously met with a harsh response from Russia’s Defense Ministry, with Moscow warning Ukraine it would shoot down the missiles if any Russian facilities were threatened.

After Ukraine moved the test site, the incident was seemingly over and done with, and the risk of a military clash between the two countries was gone. Still, Russian experts say the Ukrainian authorities are actually seeking to escalate tensions with Russia, trying to draw the West’s attention to the issue of Crimea again and mobilize popular support at home.

Ukraine is reminding the West of its existence

A new escalation over Crimea benefits Ukraine because it brings the issue back into the consciousness of the international community, says Russian political analyst Sergei Mikheyev. According to Mikheyev, the dispute between Russia and Ukraine has recently taken a backseat to the crisis in Syria, so Ukraine has made a point of drawing attention to itself.

“The prospect of some progress in the relations between Russia and the West put Kiev on edge,” Mikheyev told RBTH. Donald Trump’s unexpected victory in the U.S. presidential election has jeopardized the alliance between the West and Ukraine, and Kiev is now trying to give momentum to its conflict with Russia in order to emphasize its role as a ‘”rampart” against Russian aggression, he said.

“Political and financial support from the West is one of the main factors ensuring the continued existence of the current authorities in Kiev,” Mikheyev added. “The West losing interest in the Ukrainian crisis could have devastating implications for the country’s government.”

Ukraine wants to reiterate that Crimea is Ukrainian territory

Ukraine’s armed forces command says its actions were fully in accordance with international law, since the missile tests were being conducted “entirely in Ukrainian airspace.” In other words, Kiev continues to insist Crimea belongs to Ukraine.

Ukrainian military expert and journalist Yury Butusov wrote on his Facebook page: “Ukraine is showing that it doesn’t recognize Crimean borders and that it can launch missiles in any part of Crimea.”

Butusov hopes missile tests will become a regular event that will show to the “invaders” that ‘their rights [to Crimea] are not recognized by anyone in the world.”

Sergei Mikheyev says this show of force is also to a certain degree a provocation: Ukraine hopes to elicit a tough response from Moscow. According to Mikheyev, the authorities in Kiev are thinking this way: “Perhaps, Russia will react fiercely, will use force, and then we’ll be able to call Russia a bully state.”

A significant part of Ukrainian society is not happy with the situation in the country: according to a November survey by the Ukrainian Rating pollster, 46 percent of Ukrainians think President Petro Poroshenko should resign. Poroshenko has recently admitted that Ukraine has not managed to “bring living standards closer to the European level" in the last three years.

Vadim Karasyov, a political analyst and head of the Kiev-based Institute of Global Strategies, says that Ukraine’s other goal in its efforts to escalate tensions with Russia is to divert society’s attention from internal problems the country is facing.

“The latest moves by Kiev help to unite society against an external threat and stifle protests,” he said in an interview with Russian business daily Kommersant.

Commenting on the missile launches, Russian Foreign Ministry spokeswoman Maria Zakharova expressed a similar view: “Kiev needs a new round of the escalation to take people’s minds off the ever-worsening political, economic and social crisis in the country,” she said.