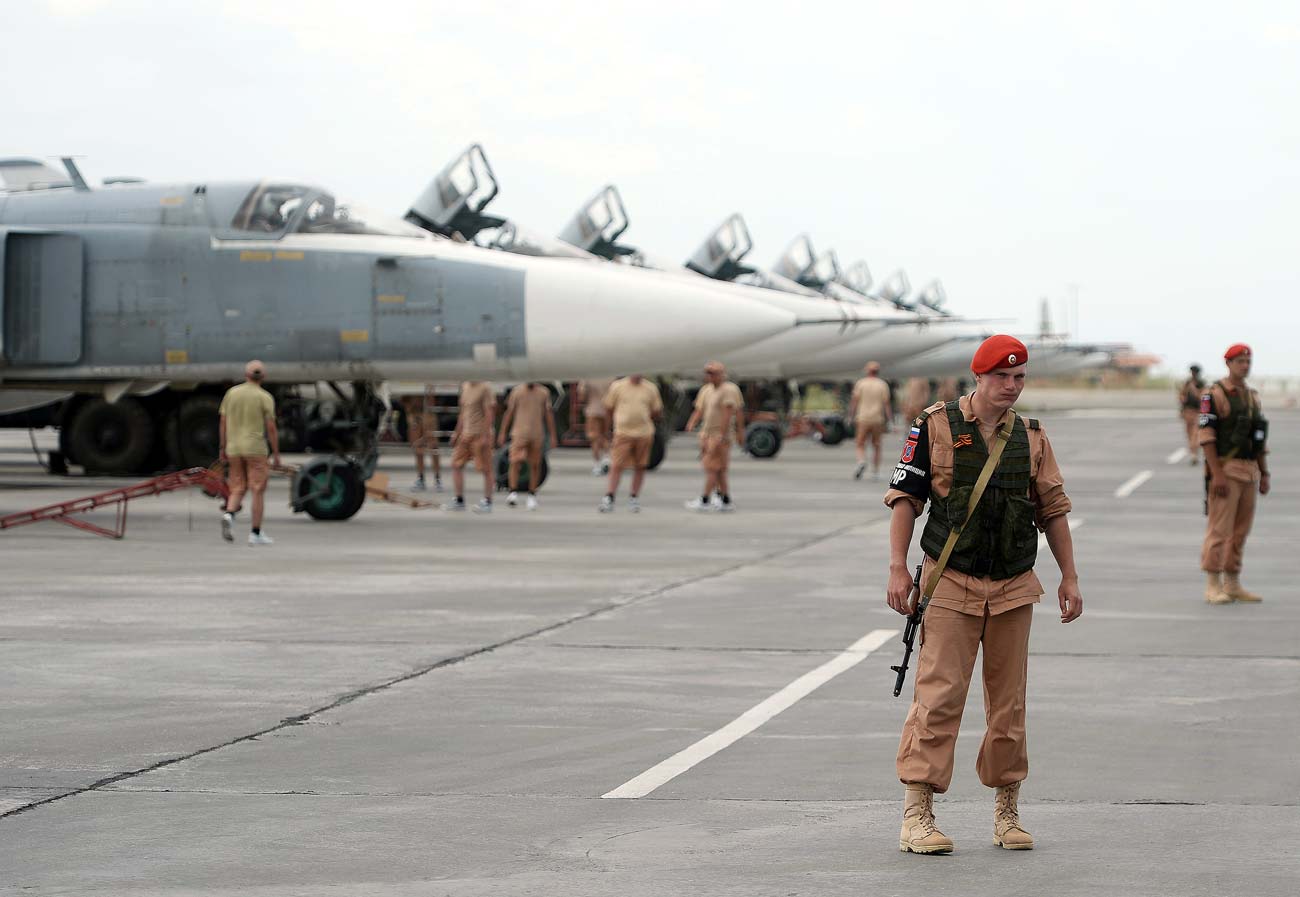 Maksim Blinov / RIA Novosti
Russian President Vladimir Putin announced on Dec. 29 that a ceasefire had been secured in Syria, and that Russia would reduce its military presence in the region. Military analysts warn, however, that the militants may abuse Moscow's efforts to end the conflict, which could result in a repeat of the November events in Palmyra.

Russia has secured a ceasefire in Syria and launched a new round of peace talks between the opposition and the government, President Vladimir Putin announced on Dec. 29.

"Three documents were signed several hours ago," said Putin. "The first document, signed by the Syrian government and the armed opposition, is a ceasefire agreement for the Syrian Arab Republic. The second document introduces a set of measures necessary for monitoring the ceasefire. The third document is a statement on the [parties'] readiness to begin talks on a peace settlement for Syria."

Putin called on the conflicting parties, and also on the countries which are in a position to influence the situation in Syria, to support the peace initiative, and to travel to Astana, the capital city of Kazakhstan, for peace talks in late January 2017.

Putin also said that Russia would reduce its military presence in Syria.

Why is Russia pulling out part of its troops?

Military experts polled by RBTHsay the Russian Defense Ministry will reduce the number of fighters, bombers, and combat engineering teams in Syria, and may also cutthe number of naval ships deployed near the Syrian coast.

"Russian troops have achieved great progress in Syria and liberated Aleppo, the country's second largest city," said Leonid Ivashov, a retired colonel-general and president of the International Center for Geopolitical Analysis. "In connection with this the leadership decided to reduce the force so that the servicemen could take a break from the year of bloody hostilities."

Ivashov warned, however, that suspending the military operation may have a negative effect on the situation.

"Just one month ago the militants availed of the humanitarian pauses and ceasefire to regroup and mount a rear attack on the Syrian army," he pointed out. "As a result, Palmyra fell into their hands. These people need to be fought to the bitter end."

Russia wants to find a political solution to the problem and bring its military involvement in the conflict to a bare minimum while it stillcan, according to Pavel Zolotarev, a retired major-general and deputy director of the Institute for U.S. and Canadian Studies in Moscow.

"It is easy to get involved in such conflicts but difficult to extricate oneself from them," he said. "The Russian leadership does not want to repeat the mistakes the U.S. made in Iraq and Afghanistan. Therefore, we need to limit our activity [in Syria] and pride ourselves if not on a total victory then at least on the objectives accomplished."

Zolotarevbelieves the war on the Islamic State and JabhatFateh al-Sham is far from over: "We cannot avoid future battles against them," he said.

The Russian troops in Syria have helped prevent the disintegration of the country and put an end to the chain of "color revolutions" both in the Middle East and in Africa, Russian Defense Minister Sergei Shoigu stated last week.

"Significant damage was caused to international terrorist organizations in Syria; their spread further across the region was curtailed, and the financial and logistical support for armed gangs was disrupted," he said.

According to him, over 1,000 towns and villages in Syria have joined the ceasefire, and around 108,000 refugees have returned to their homes.