Russia strengthens its radar defenses in the Arctic 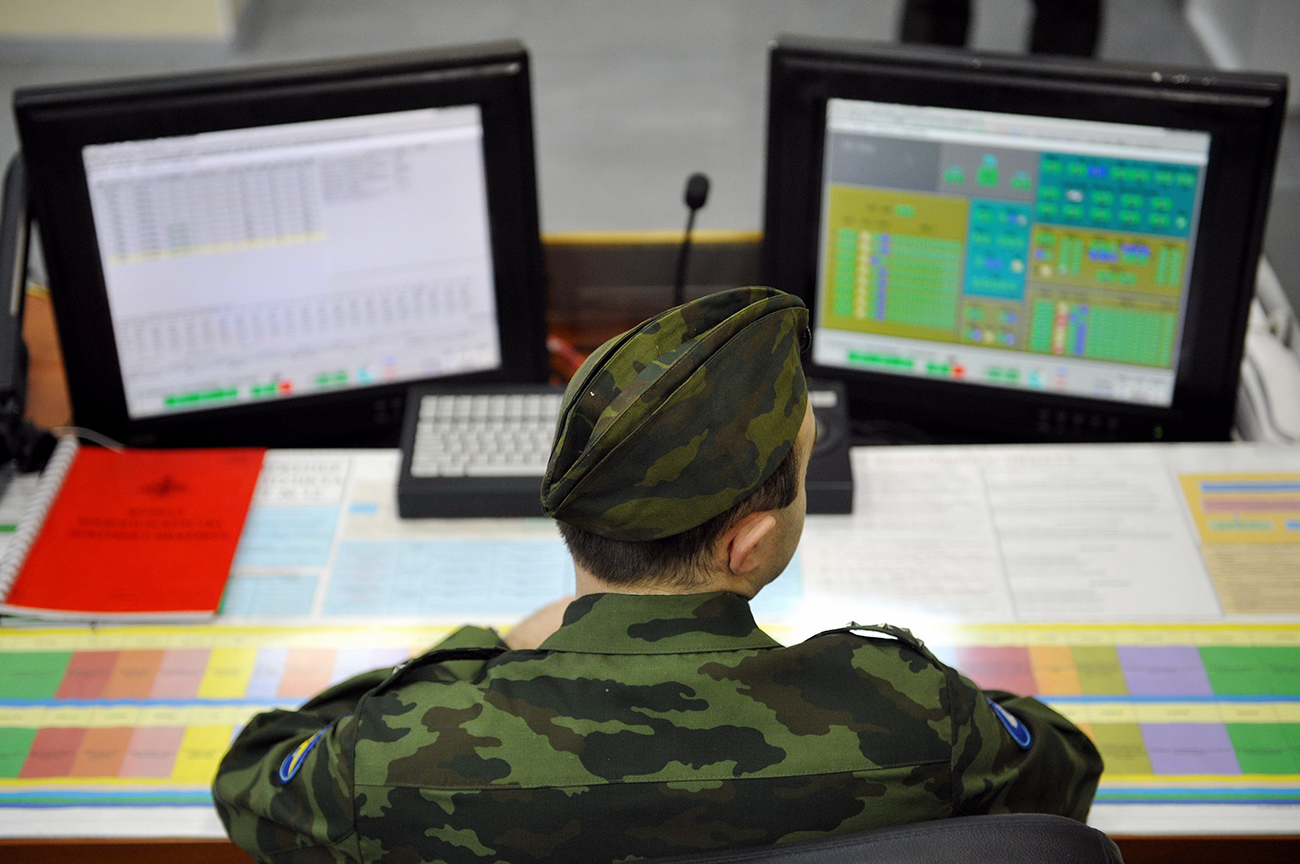 Over-the-horizon radars utilize the propensity of radio waves to reflect from the ionosphere, the upper layer of the Earth's atmosphere, and then fall back to the surface.

Ruslan Shamukov/TASS
New Russian radar systems will cover the entire Arctic region in order to detect enemy aircraft and cruise missiles up to 1,200 miles away.

These systems will establish a radar field 900 miles to 1,200 miles deep beyond the country’s borders, providing protection against surprise aerial and sea-surface attacks. This will allow the Russian military to monitor the situation along the country’s border.

“We will soon complete establishing our situational awareness coverage of the Arctic,” said Viktor Murakhovsky, chief editor of Arsenal Otechestva magazine. “We already have such radars installed in the west, east, and south of the country, as well as in Central Asia, where they were deployed following the Soviet Union’s collapse. The current objective is to fill in the remaining gaps.”

These modular radars resemble a Lego construction kit. The manufacturer assembles and tests all the equipment, and the only thing left to do on site is put the station back together from the individual modules and prepare it for work.

Over-the-horizon radars utilize the propensity of radio waves to reflect from the ionosphere, the upper layer of the Earth's atmosphere, and then fall back to the surface. If a wave hits an object on its way, the information about that object's size, location, and speed is fed back to the radar and digitized for further use.

“As distinct from the Voronezh [class of early-warning] radars, these systems have a shorter range,” said Vladimir Yevseyev, deputy director of the CIS Countries Institute. “Their primary advantage is that they are invisible to enemy electronic intelligence, because the radio waves are reflected multiple times. Thanks to this, the enemy is unable to detect the signal source and destroy it.”

Murakhovsky said the modular design of the Konteiner and Podsolnukh systems offers another advantage - they can be easily modernized as new technologies are developed.

The concept of over-the-horizon radars dates to the 1960s when the work in this field began. The prototype, the N-17 Duga-1, was built in 1972, followed by the construction of two more such combat radars in the Soviet Union’s Far East and in Ukraine, not far from the Chernobyl nuclear power plant. These radars were used, among other things, to detect launches performed as part of the U.S. space program. 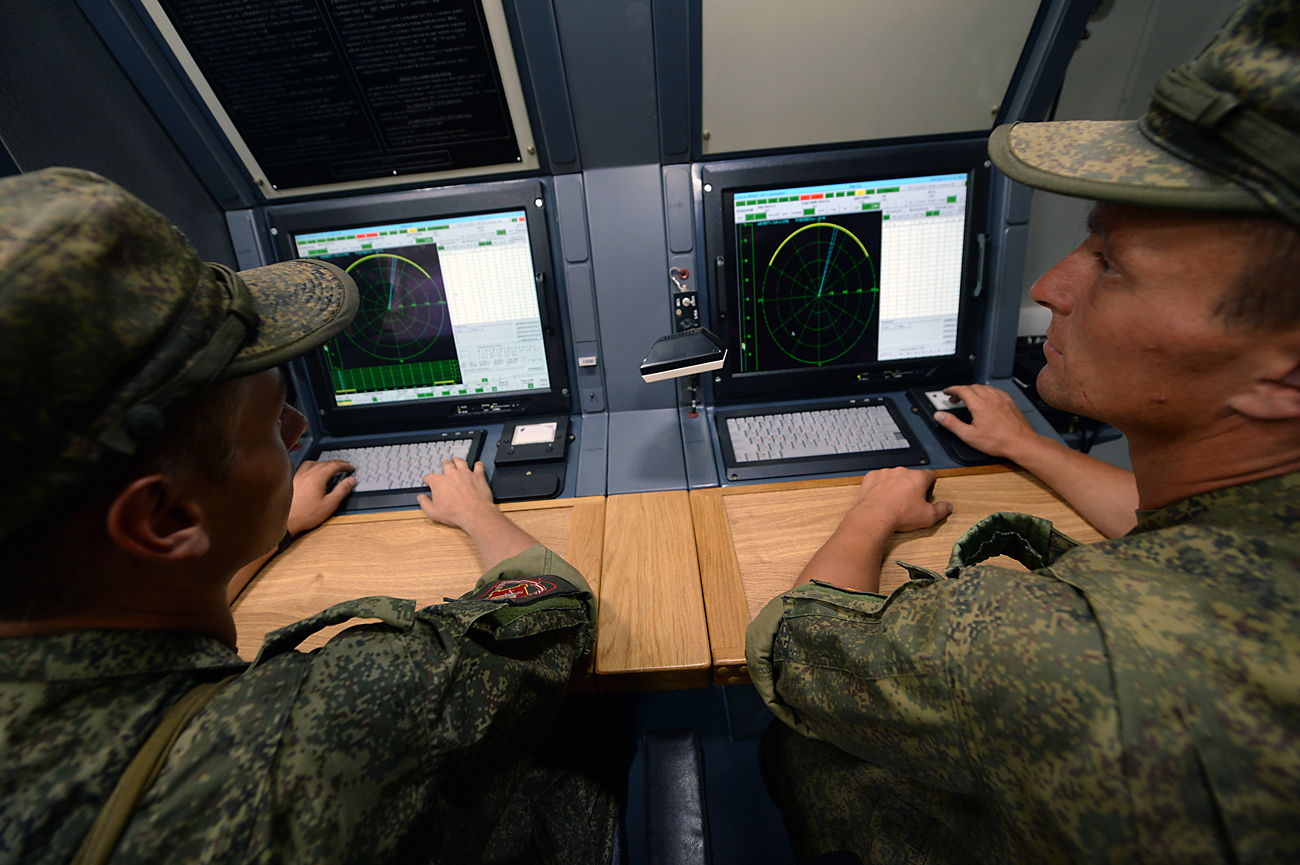 Following the creation of the Soviet satellite-based early-warning system, however, the government lost interest in the Duga, which meant an end to the program's funding.

Over-the-horizon radar got a second chance in the 1990s, but full-scale design work resumed only in the 2000s when the Scientific and Research Institute for Long-Distance Radio Communications (NIIDAR) developed the 29B6 Konteiner mobile radar whose accuracy is far superior than the Duga.

The first such station, deployed in late 2013, had a coverage in excess of 1,800 miles and a 180-degree azimuth. An upgrade was considered that would expand the radar's azimuth to 240 degrees.

Apart from the Konteiner stations, the Podsolnukh radar was developed specially for the Pacific Fleet. This system can detect sea-surface and aerial targets up to 280 miles away, and has an azimuth of 120 degrees.

The first Podsolnukh radar was deployed in Kamchatka Peninsula. China became interested in the station in 1999, resulting in a contract worth millions of dollars.

The Russian Navy also procured the radars. Shortly afterwards, Podsolnukhs entered service near the cities of Nakhodka in Russia's Far East, and Kaspiysk in the south of the country.