What will Russia’s new long-range strategic bomber look like? 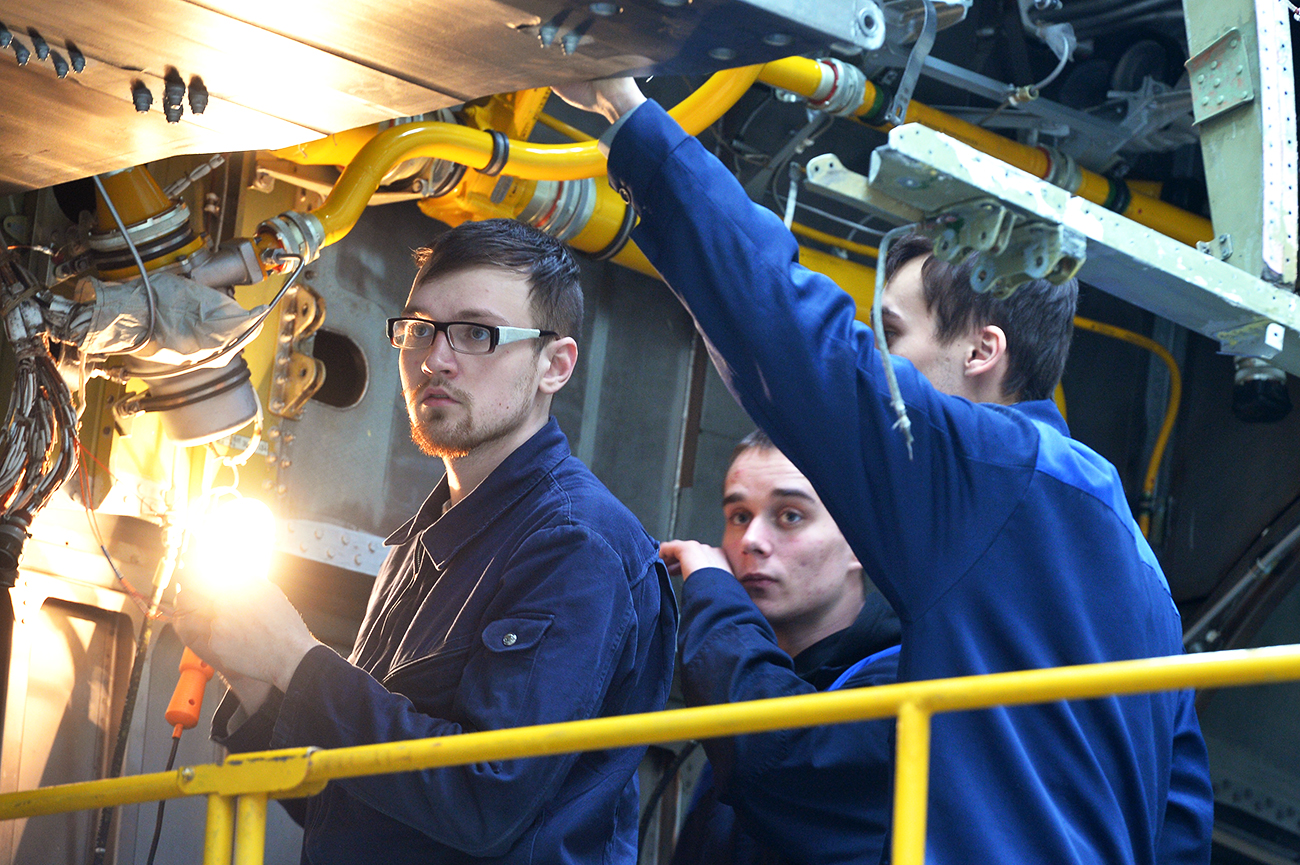 Workers at the Gorbunov Aircraft Plant, an affiliate of the Tupolev Company.

RIA Novosti
Russia created the first model of the new PAK DA strategic bomber, and experts say it will be a stealth bomber armed with hypersonic weapons.

The new plane will serve not only as a strategic bomber-missile carrier, but also as a platform for launching devices into orbit.

"Besides the usual combat functions, the plane will be able to launch small devices into Earth's orbit, and this will allow us to replace small satellites that have exhausted their resources without building and launching expensive rockets, which have traditionally taken large satellites into the Earth's orbit," said Dmitri Safonov, a military analyst at Izvestia.

Currently, designers continue to experiment with various models of the bomber, and Victor Murakhovsky, chief editor of Arsenal Otechestva magazine, said this helps perfect the different versions of the plane's combat layout.

"The PAK DA is necessary for strategic deterrence, and besides nuclear weapons, long-range cruise missiles and hypersonic attack weapons are now being developed for the plane," said the expert.

Murakhovsky added that scientists are also creating alloy composite materials to reduce the PAK DA's visibility on a potential enemy's radar systems. The plane will also fly at subsonic speeds, which will help make it much quieter and reduce its infrared visibility.

"Long-range aviation can fly day and night before air refueling and carry out strikes in parts of the world far from Russia," said former Russian Air Force Commander, Peter Dainekin, adding that the PAK DA can be equipped with any type of nuclear and conventional bombs: piercing, cluster, sea mines, and etc.

Temporary replacement for the PAK DA

Russian designers are also making a medium-term replacement for the PAK DA.

"A whole series of long-range planes will soon fulfill their warranty period and will have to be replaced with new ones, and that’s why a decision was made to create a fleet of Tu-160M2 strategic bombers for the next 15 years," said Dmitri Safonov.

The PAK DA will become one of the most expensive programs for the Russian Defense Ministry in the 2020s, and the cost is comparable to building new nuclear Borei submarines armed with Bulava missiles, which is about $5 to $7 billion.

"The plane will take its place in the Russian Air Force at the end of the 2020s, or beginning of the 2030s," said Safonov. "For now, there’s no great demand for it and the Defense Ministry is not hurrying designers with its construction."

Read more: Will the PAK DA outstrip the American B-2?