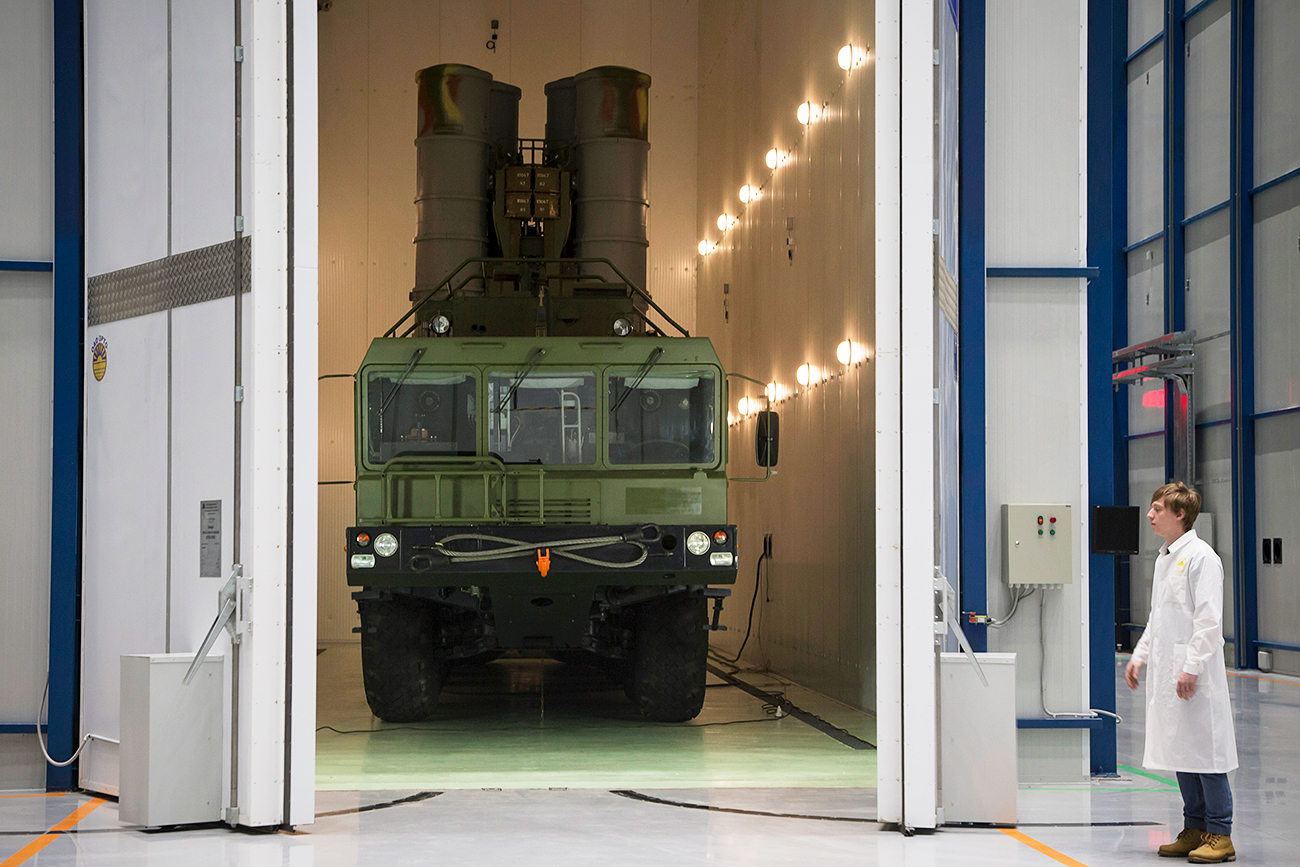 AP
Ankara is looking into buying Russian air defense systems. Military experts say that if the deal goes through, it will be the biggest military contract ever between the countries.

During talks in Moscow on March 10, President Vladimir Putin and his Turkish counterpart Recep Erdogan discussed the possibility of Ankara buying Russia’s S-400 anti-aircraft missile defense systems. Information about the talks was only made public a week later, but Kremlin Press Secretary Dmitry Peskov confirmed the news to the media. Russian Defense Minister Sergei Shoigu also said that both presidents discussed the issue.

Ankara is now reportedly inquiring about the price of the S-400s. Other issues, including potential delivery date, are also being looked at. If Russia and Turkey reach an agreement, specialized agencies will then proceed with the order.

"Turkey is a member of the North Atlantic Treaty Alliance and Brussels and Washington will try to prevent the deal," wrote retired colonel and editor-in-chief of Arsenal Otechestva magazine Viktor Murakhovsky.

"Now the countries will lobby their interests. They will start saying that the S-400 does not comply with the alliance's standards, that it cannot be integrated into the general air defense system, etc. The same thing happened with the S-300s that Russia supplied to Greece (another NATO member). But back then Russia was able to ‘hold on to the client’ and sell Athens 12 machines," explained Murakhovsky, who also said the U.S. will try to lobby its Patriot air defense system, an equivalent of the Russian S-400.

"It is more expensive and is inferior to the Russian system in many aspects: reach, the possibility to fight ballistic targets, the time necessary to become combat ready, etc. But since the U.S. and Turkey are NATO allies, Congress will issue political and economic threats," added the former colonel.

He remarked that the typical S-400 division (eight launching pads and auxiliary machines) with a stock of missiles costs $500 million. The question is how many divisions will Turkey want to buy, and considering the modernization of Russian defense industry enterprises, Moscow will be able to start supplying its air defense systems in only three years, if all negotiations go smoothly.

However, not all experts are so optimistic about Turkey buying the S-400s. "Expressions such as 'being interested in' and 'inquiring about the price' do not mean that Turkey will sign the contract to buy the Russian weapons," said Viktor Litovkin, military analyst at the TASS news agency.

"It's still not written in stone. Some time ago the Turks held talks with Russia about buying the S-300 systems. Then it turned out that they were just lowering the price set by the Chinese, who wanted to sell Ankara their HQ-9 air defense systems," explained Litovkin.

In his words, the same situation occurred with the Ka-52 helicopters that Russia wanted to sell to the Turkish Air Force. Russia had modernized its machines to meet Ankara's needs, but America eventually won the contract. "However, if the deal goes through, it will be the biggest military contract between the two countries ever," Litovkin added.

The S-400 is Russia's newest air defense system. It serves to destroy the enemy's aviation, cruise missiles and ballistic missiles. It has a range of 250 km and a striking altitude of 30 km.