How will Russia respond to the U.S. missile strike on Syria's airbase? 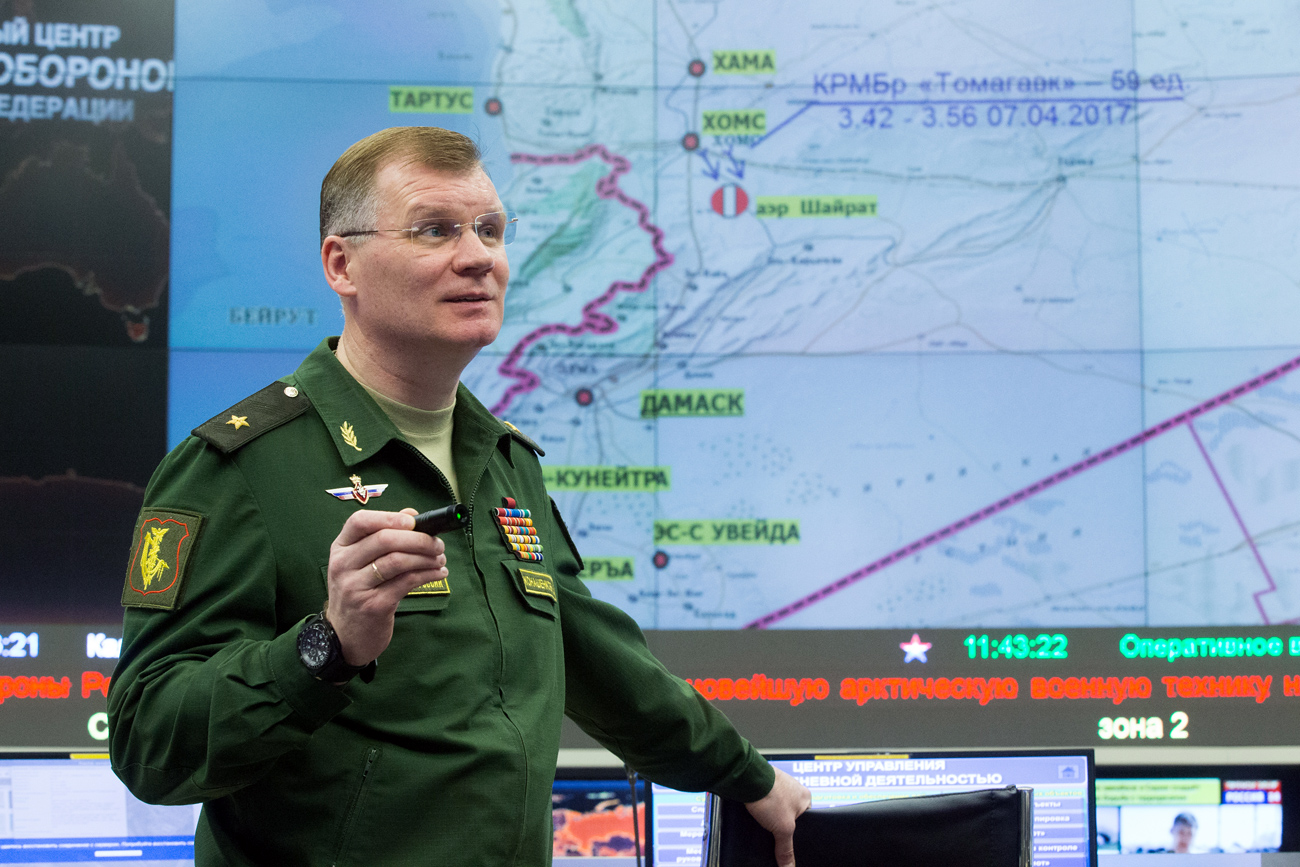 RIA Novosti
Russian experts believe that, as part of its response, Moscow might terminate all cooperation with the U.S. in the fight against Islamic State militants

The USS Ross and the USS Porter launched 59 Tomahawk cruise missiles at the Syrian Shayrat Airbase near the city of Homs. Washington justified the attack by saying it was a "proportional response" to the chemical attack on civilians in Idlib Province, which allegedly was carried out by Assad's forces.

According to U.S. Secretary of State Rex Tillerson, the Pentagon had informed the Russian Defense Ministry of the missile strike in advance. The Russian air defense systems, including the S-400 systems, did not act as the Tomahawk cruise missiles flew past them.

"We were informed of the attack in advance. Moreover, Moscow and Damascus have an agreement on the division of authority in Syria, and Russia's air defense systems are responsible only for protecting our soldiers and technology. It's Syrian air defense troops that are responsible for protecting Syrian bases," said Sergei Rogov, a scholar at the Institute of the U.S. and Canada. 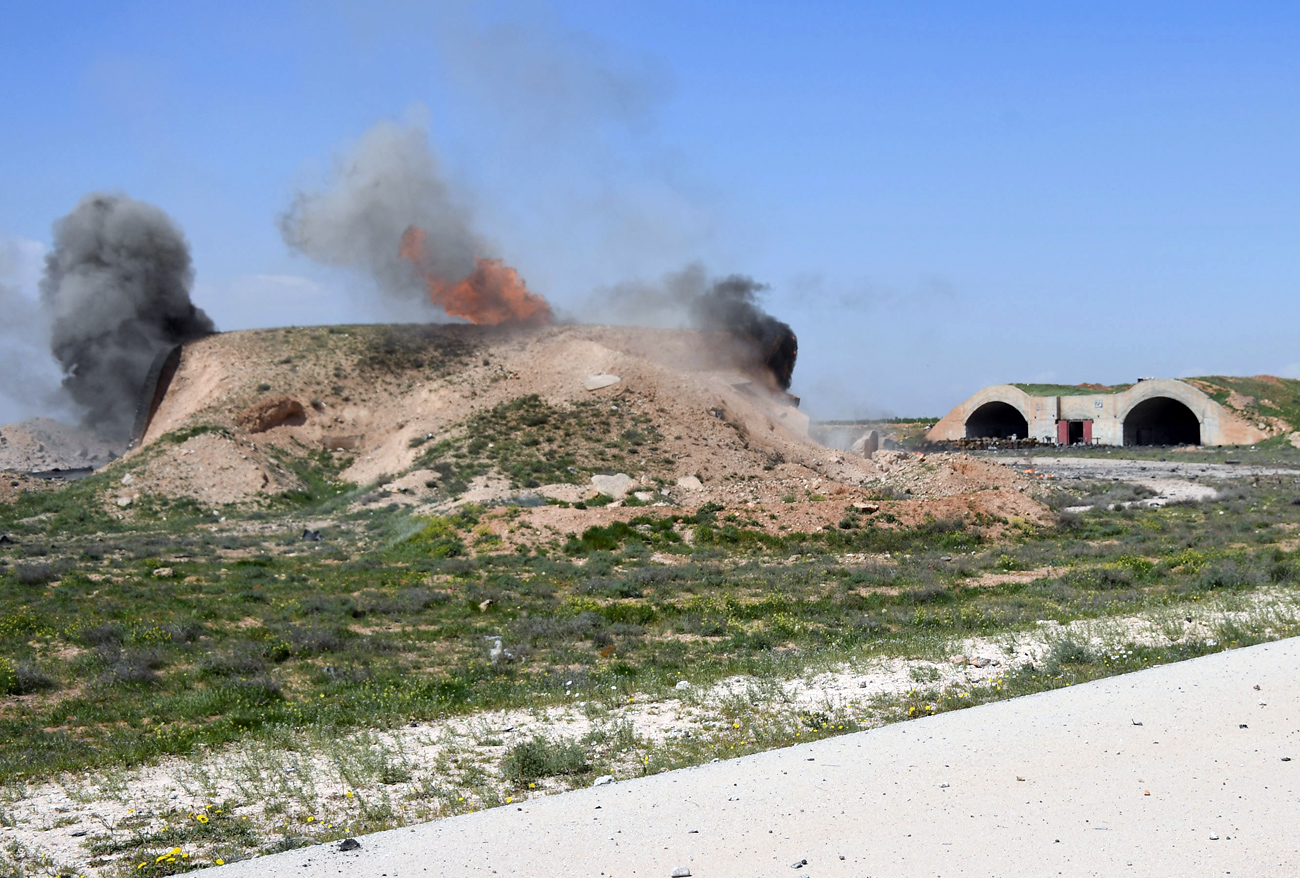 He emphasized that the Syrian Army no longer has chemical weapons, and that those which it once had were fully destroyed in 2016 in collaboration with the UN and under the supervision of The Organization for the Prohibition of Chemical Weapons.

Russian Foreign Minister Sergei Lavrov remarked that the attack on the Syrian base undermines Russian-American relations, which are already complex. As an initial response, Moscow suspended the bilateral agreement on preventing confrontations between the Russian and American air forces operating in the skies over Syria.

Experts say the Kremlin will demand to immediately convene the UN Security Council as a reply to the U.S. strike, but will refrain from undertaking military action.

Russian analysts believe that the U.S. Navy attack was a one-time aggression. Several years ago, Donald Trump fervently criticized his country's aggressive policy in Syria, thinking that it would lead to serious consequences for Washington.

"AGAIN, TO OUR VERY FOOLISH LEADER, DO NOT ATTACK SYRIA - IF YOU DO MANY VERY BAD THINGS WILL HAPPEN & FROM THAT FIGHT THE U.S. GETS NOTHING!" Donald Trump tweeted Barack Obama.

In Rogov's opinion, the U.S. president's decision to launch a missile strike seems like the impulsive reaction of a businessman, not a politician. "To a large degree Trump is improvising, and this action is meant to demonstrate the American president's decisiveness, and will show American society that he doesn't have any friendly relations with Russia and doesn't intend to improve them."

However, the presence of Russian air force planes in Syria will prevent the U.S. from repeating "the Libyan scenario."

"The introduction of a no-fly zone will limit the Russian Defense Ministry's actions and will lead to a serious conflict with Russia. Washington will not take such measures. This possibility is excluded, just like the intervention of American ground troops," said Timofei Bordachev, docent at the HSE Department of International Relations.

He also believes the Americans will wait a little before launching new strikes and to see Russia's reaction. "Russia's reaction will be restrained. We will condemn the Pentagon's actions and will convene an emergency session of the UN Security Council, but we will not take any military measures," said Bordachev.

Read more: Was the U.S. strike on Syria’s airbase ‘an attack on the agreement?’