Why is there something Russian about China's new aircraft carrier? 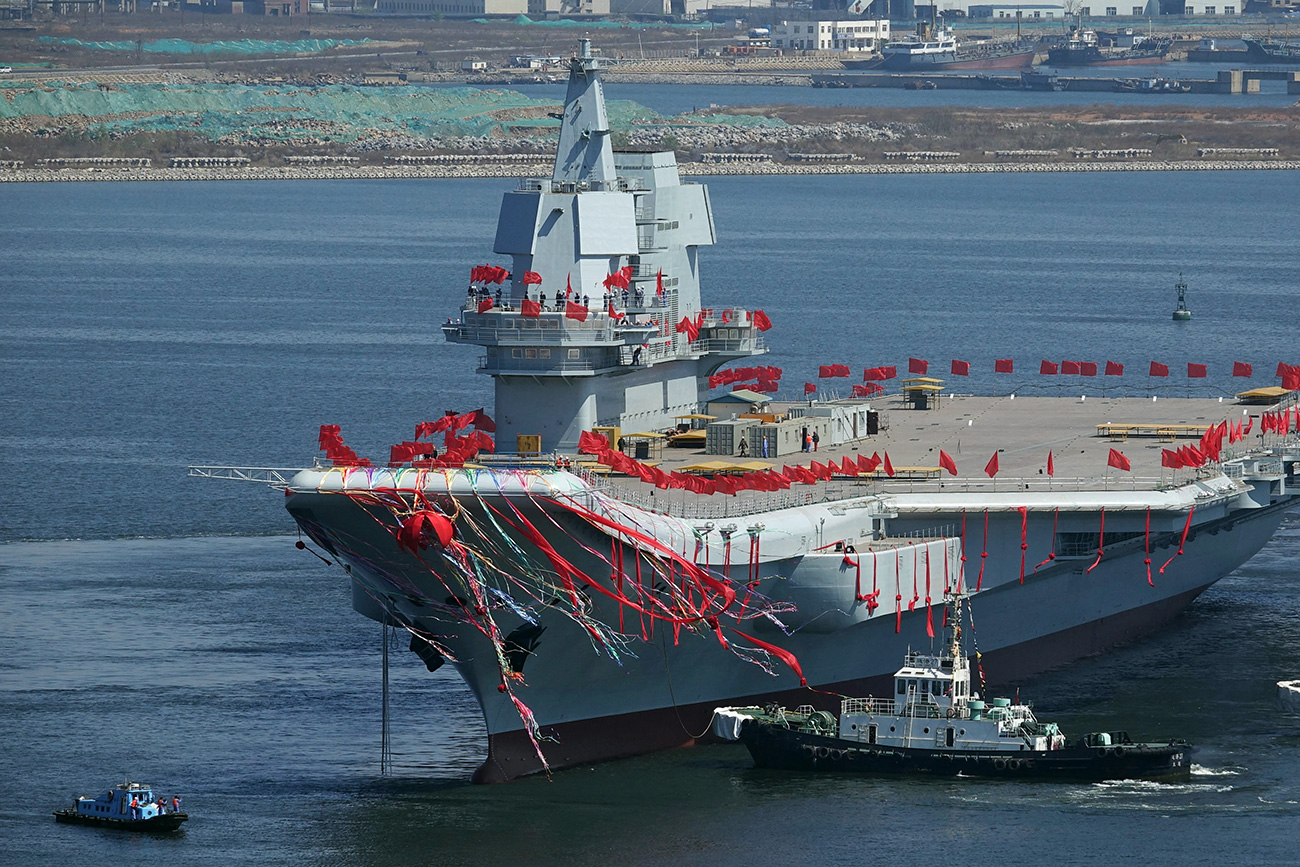 AFP
All the components in the aircraft carrier, the Shandong, were made in China, but without Russian engineering the vessel would never have been built.

China might not want to admit it, but there are many Russian aspects to the Shandong, its new aircraft carrier launched at the end of April. This might come as a surprise because the ship was fully constructed on Chinese territory. However, its Russianness has nothing to do with particular components, but rather, with the engineering and concepts.

The prototype of the very first Chinese aircraft carrier, the Liaoning, was the Soviet 1143.5 series project, which also spawned the Russian aircraft carrier Admiral Kuznetsov, as well as Ukraine's Varyaga, which was sold to China in 1998.

The latter, according to Andrei Frolov, chief editor at Export Vooruzheny magazine, became the model for Shandong's builders. Victor Murakhovsky, chief editor of Arsenal Otechestva magazine, said China has preserved the 1143.5 project's overall concept and engineering solutions, which include, for example, planes taking off with help from a rising deck and not steam or electromagnetic catapults. Another particularity is combining the features of a missile cruiser and an aviation group in one ship.

"The project was created in Soviet times. Back then we thought that each vessel had to have the maximum amount of attack weapons to maintain a technological advantage over American ships," added Murakhovsky. 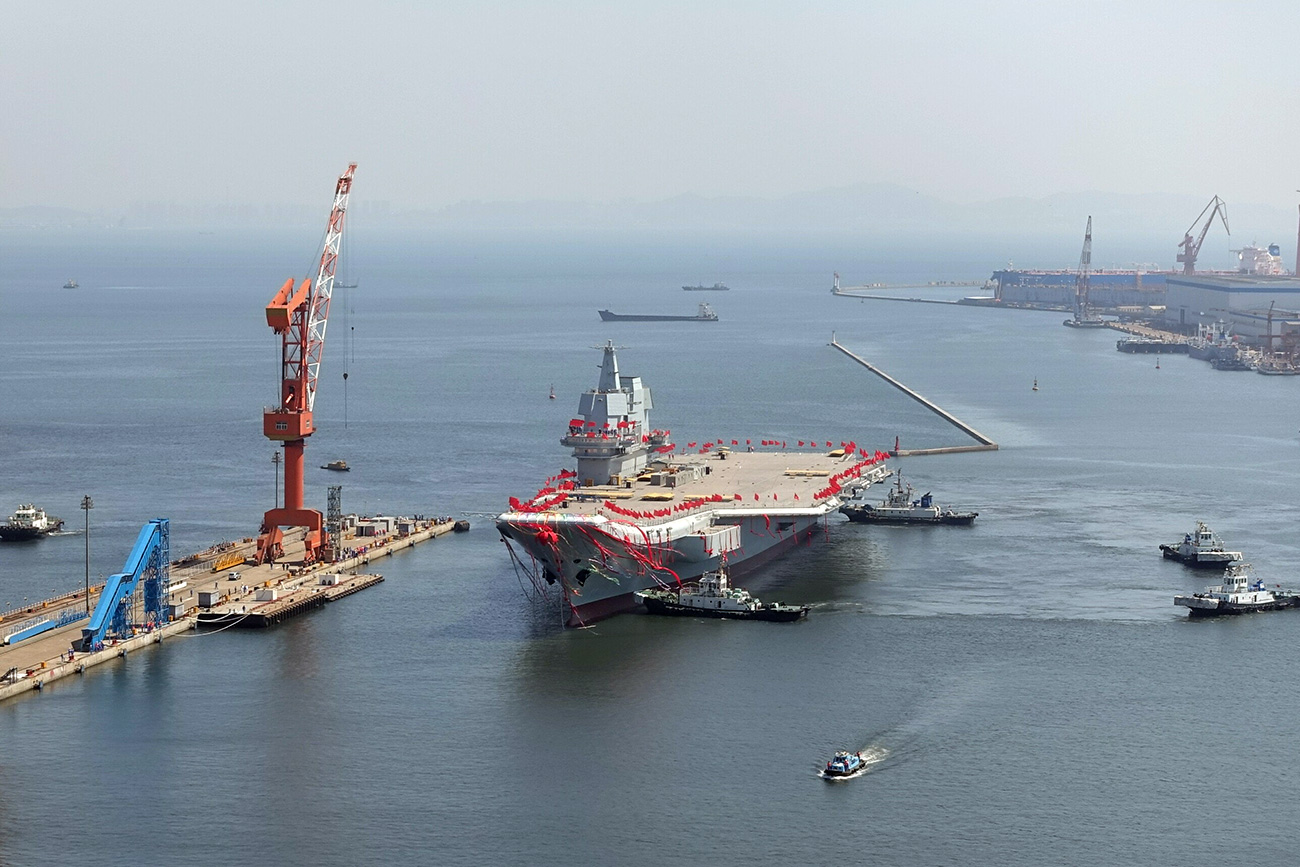 Murakhovsky said that among the purely Chinese developments the Shandong was a new attack system and avionics. One of the shortcomings of the 1143.5-project is the limited aviation wing. For example, due to the missile systems on board, heavy planes cannot take off from the deck; only light fighters can.

Nevertheless, the new Chinese aircraft carrier has powerful striking capabilities thanks to its anti-ship missile complex. It's also can carry an aviation group, a part of which has helicopters that search and destroy submarines. The Shandong will primarily patrol coastal areas and not the ocean.

Although the Admiral Kuznetsov was launched in 1982 and the Varyaga in 1985, they cannot be called outdated. The former Commander of the Black Sea Fleet, Igor Kasatonov, stressed that what's important is not the aircraft carrier itself, but rather, how the planes are positioned on it. 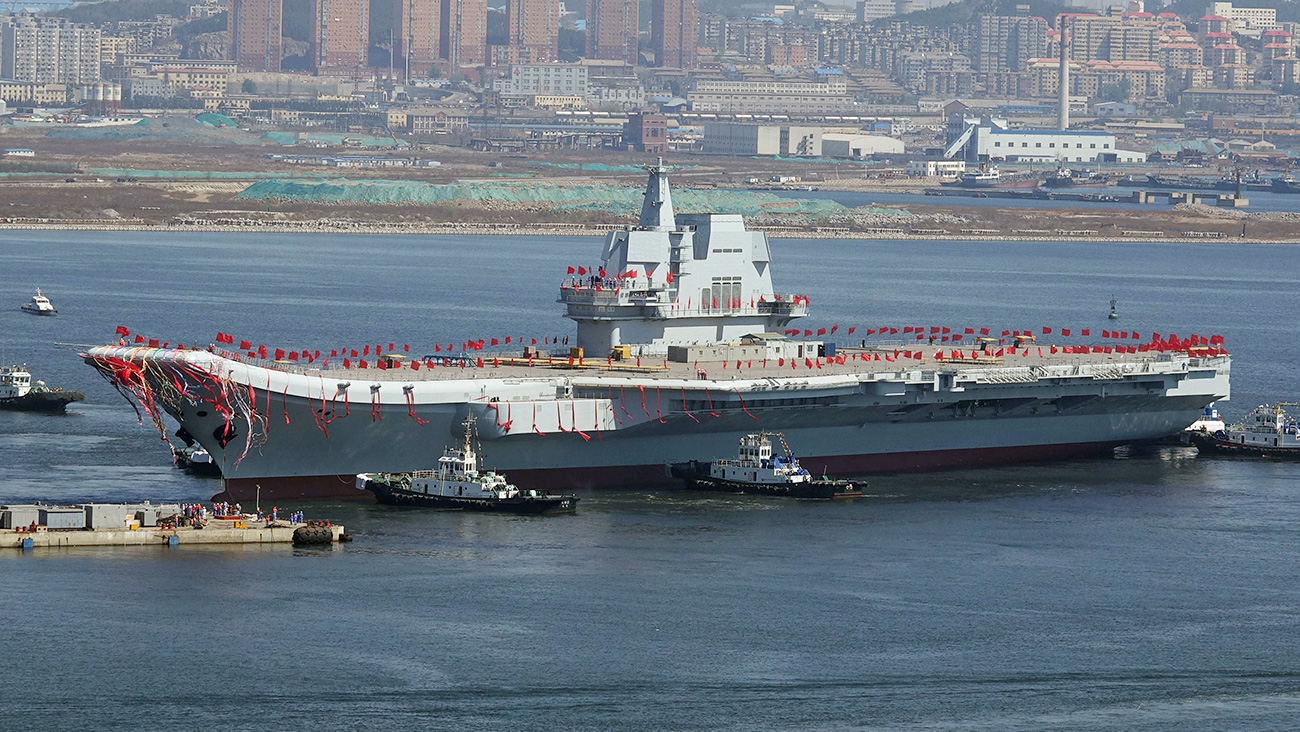 The new Chinese aircraft carrier has powerful striking capabilities thanks to its anti-ship missile complex. It's also can carry an aviation group, a part of which has helicopters that search and destroy submarines. Source: Reuters

How many aircraft carriers will China have?

Citing Chinese media, Reuters reported that the ship will be based in the South China Sea, where for the next two years defense specialists will be able to perfect the ship, which will carry 36 Shenyang-15 (J-15) fighters.

Vasily Kashin, a senior expert at the HSE Center for Comprehensive European and International Studies, believes China will build more ships according to the 1143.5 project, and by 2020 produce large nuclear aircraft carriers exclusively with aviation groups onboard.

"They'll make at least two of them. The ships will carry out combat tasks not only along the Chinese coasts, but also in seas and oceans far from the country. Therefore, China will have the second largest aircraft carrier fleet in the world, superior to the French and British fleets combined," noted Kashin.

To realize this goal, however, China will have do serious work preparing the aviation component, concluded Murakhovsky.