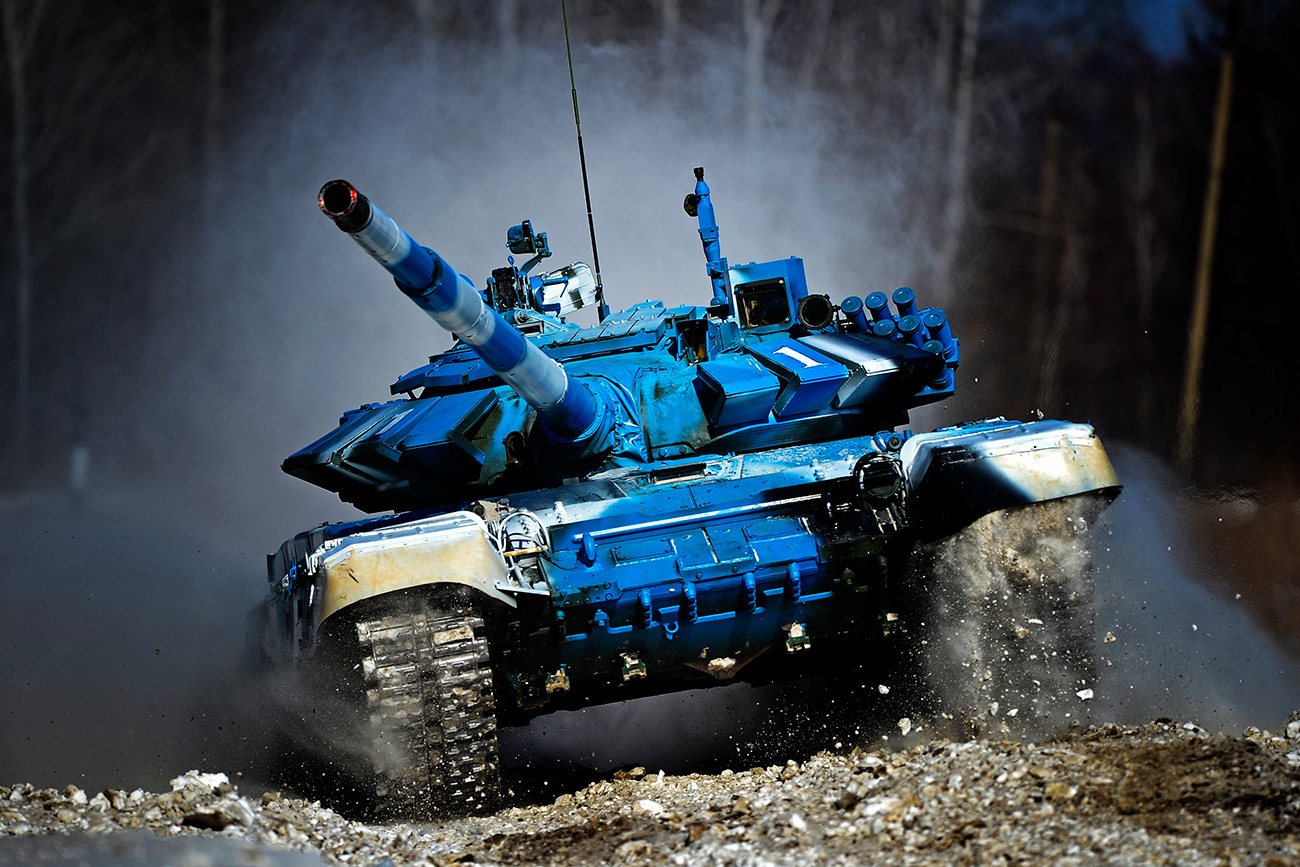 Artillerists, tank-men, paratroopers, combat engineers, snipers, mountain riflemen, and other defense personnel from countries as diverse as South Africa, Fiji, and Israel will take part in the games. A total of 28 contests will be held in 5 countries.

India is likely to use its indigenous Arjun tanks at the 2017 International Army Games, which will be held in Russia and four other countries. Seven new countries including Fiji will participate in the games that will be held between July 29 and August 12.

The third edition of the games, which are the brainchild of Russian Defense Minister Sergey Shoigu, will include a variety of contests and competitions between members of the armed forces of several countries.

Artillerists, tank-men, paratroopers, combat engineers, snipers, mountain riflemen, and other defense personnel from countries as diverse as South Africa, Fiji, and Israel will take part in the games. A total of 28 contests will be held in five countries.

The first edition of the games in 2015 was held exclusively in Russia, while Kazakhstan was a joint host for the 2016 edition. This year the games will be held in Russia, Belarus, Azerbaijan, Kazakhstan, and China.

The 2017 edition will see many new competitions. Military off-road vehicles and drones will feature in the games, which will also involve the participation of the military police and traffic police. 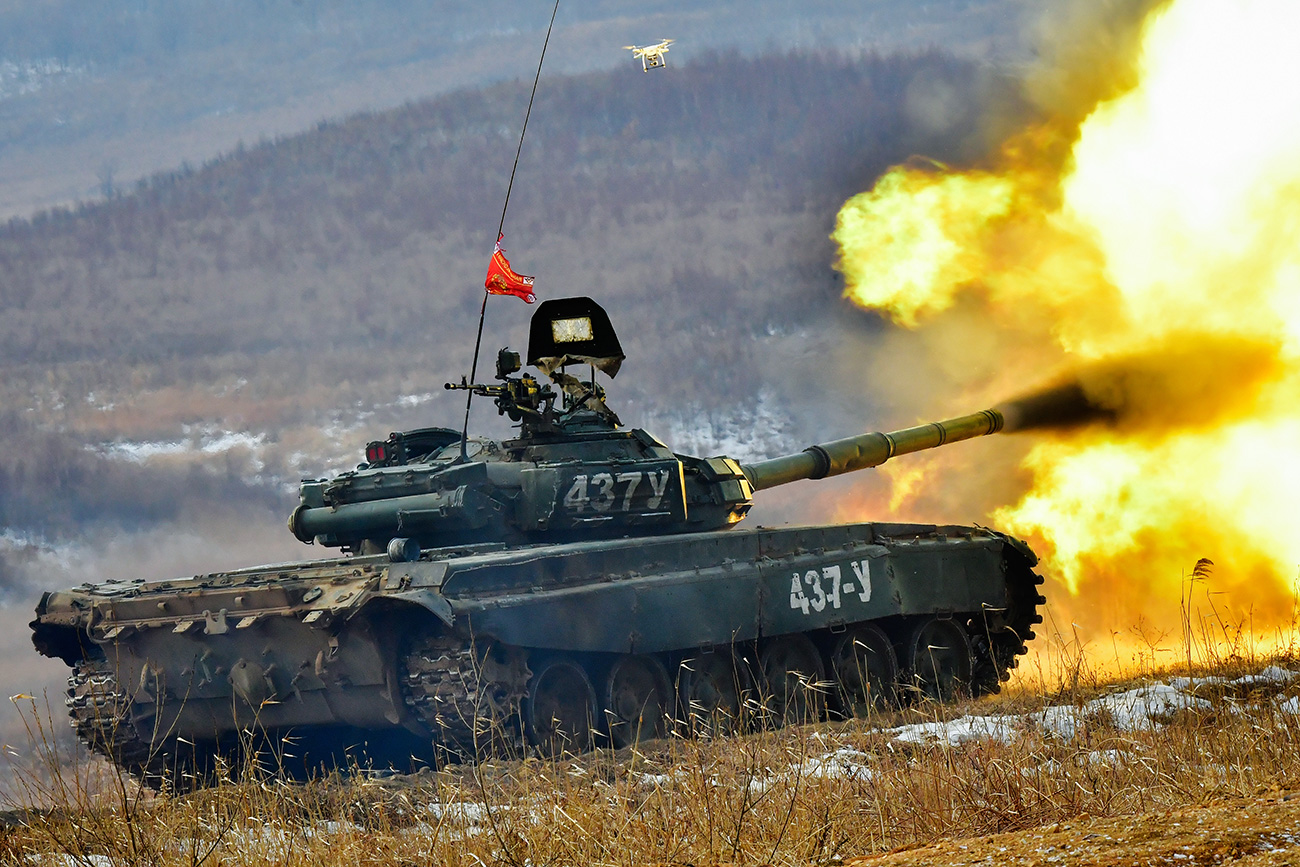 Most of the participating countries use Russian T-72 tanks in the Biathlon. Source: Yuri Smityuk/TASS

New entrants to the games include Syria, Israel, South Africa, Uzbekistan, Fiji, Uganda, and Laos. 28 countries have already confirmed their participation, while 16 countries are still undecided.

The most eagerly awaited event is the Tank Biathlon, which was launched two years before the International Army Games, but is now the culminating event of the games.

The Tank Biathlon is a mechanized military sport developed by the Russian Military with some similarities to the winter sport of biathlon. It involves competitions between tank crews.

The crews participate in pursuit, individual races, and sprints among other events. There are also competitions for tank crewmembers. Tank-men compete in long-distance running races and obstacle courses.

The first international Tank Biathlon was held at Alabino in the Moscow Region in August 2013 and involved the participation of Kazakhstan, Russia, Belarus, and Armenia. The competition has grown to involve more participants such as China, India, Zimbabwe, Kyrgyzstan, Serbia, Mongolia, and Angola.

The final of the 2015 Tank Biathlon. Source: Russia's Ministry of Defense​

Russia has come in first place in all editions of the international Tank Biathlon as well as the International Army Games. Teams from China, Armenia and Kazakhstan have also done well.

All the teams use Russian T-72 tanks, except for the Chinese crews, who use their own T-96 tanks. This year, however, another country plans to use its own tanks- India.

Major-General Dmitry Gorbatenko said during a meeting with foreign military attaches from 32 countries that India may bring its T-90 Bhishma tanks for the games.

A source in the Indian Ministry of Defense told RBTH that India was likely to use its indigenous Arjun tanks for the biathlon.

The source, who spoke on the condition of anonymity, did not rule out the participation of the Bhishma tanks but added that “it would more sense to check the prowess of the latest Arjun tank in Russia and see how it measures up.”

Deepak Mehra, the military attaché of the Embassy of India in Russia, told RBTH in 2016 that International Army Games would stimulate further development of bilateral military and defense cooperation between Russia and India.

“We hope that participation in the International Army Games will help us to maintain and develop our military and technical cooperation,” he said.

China is also taking the International Army Games very seriously. For the 2016 Tank Biathlon, Chinese engineers developed a special version of the main tank of the Chinese army - T-96B.

It had increased engine power, improved transmission, a better fire control system, and a modified suspension. China essentially tried to fix the shortcomings identified during the 2015 Army Games.

After the 2016 Tank Biathlon, Armenia decided to modernize its T-72 with Russian assistance instead of signing a contract with Polish company Bumar Labedy, as initially expected.

The Armenian tank-men, who competed in the biathlon on the modernized Russian T-72B4, were so impressed with the Russian hardware that they decided to upgrade Armenian tanks to ‘biathlon’ level with the aid of Russia.

Kazakhstan also has a special approach towards the games. Kazakh Defense Minister Imangali Tasmagambetov said in 2016 that the games had become a symbol of international cooperation, exchange of experience, and a key to peace and solidarity.

The games display both the competitive nature of the participants and the spirit of military brotherhood, Tasmagambetov said.