Which submarine fired cruise missiles at ISIS militants in Syria? 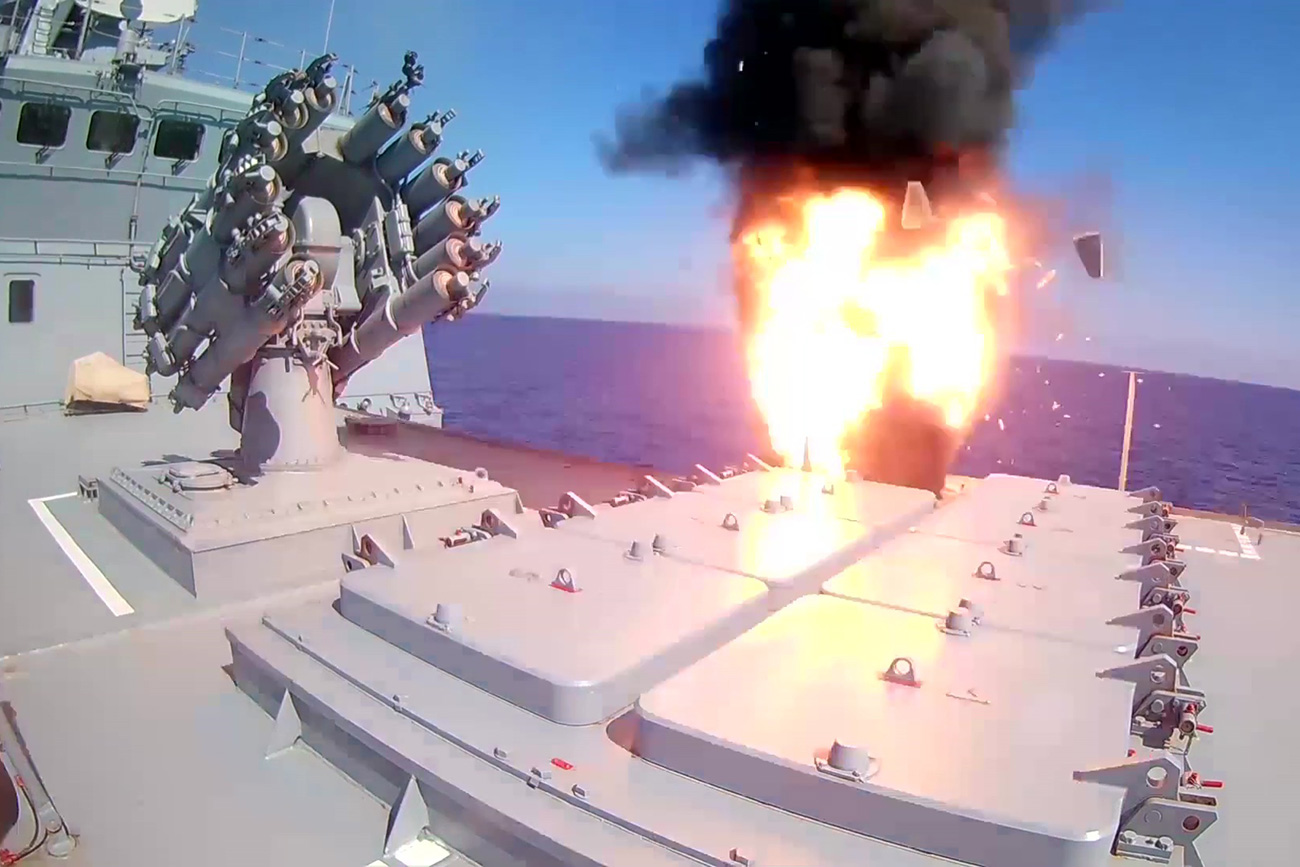 Russian frigate Admiral Essen launches Kalibr cruise missiles at ISIS facilities (the Islamic State international terrorist organization banned in Russia) near Palmyra. A screenshot of a video provided by the Defense Ministry. The image is a handout provided by a third party. Only for internal editorial use. Archiving, commercial use, including advertising, is prohibited.

RIA Novosti
Such submarines can strike the enemy with Kalibr cruise missiles from a distance that is three to four times greater than the enemy's radar can cover, experts note.

The Krasnodar project 636.3 submarine and the Admiral Essen frigate participated in the operation, launching four cruise missiles at the ISIS militants. Source: RT/YouTube

The Russian fleet has launched cruise missiles at Islamic State positions in Syria. This time terrorist units near Palmyra were targeted, which had been transferred there from Raqqa.

According to the Fars news agency, currently the Syrian army is positioned approximately 20 km east of Palmyra, preparing for battle over the Arak gas deposit. Its liberation will help President Bashar al-Assad's troops begin their offensive on the city of Deir ez-Zor, where terrorists have been attacking a military airport for several years.

A statement made by the Russian Defense Ministry claims the Krasnodar project 636.3 submarine and the Admiral Essen frigate participated in the operation, launching four cruise missiles at the ISIS militants.

Also, Russia had warned the U.S., Turkey, and Israel of the imminent shelling from the Mediterranean Sea.

Submarines from the 'Varshavyanka' 636.3 project

Submarines from the 636.3 project can detect targets at a distance that is three to four times greater than the enemy's radar can cover, said former Supreme Commander of the Black Sea Fleet Igor Kasatonov. 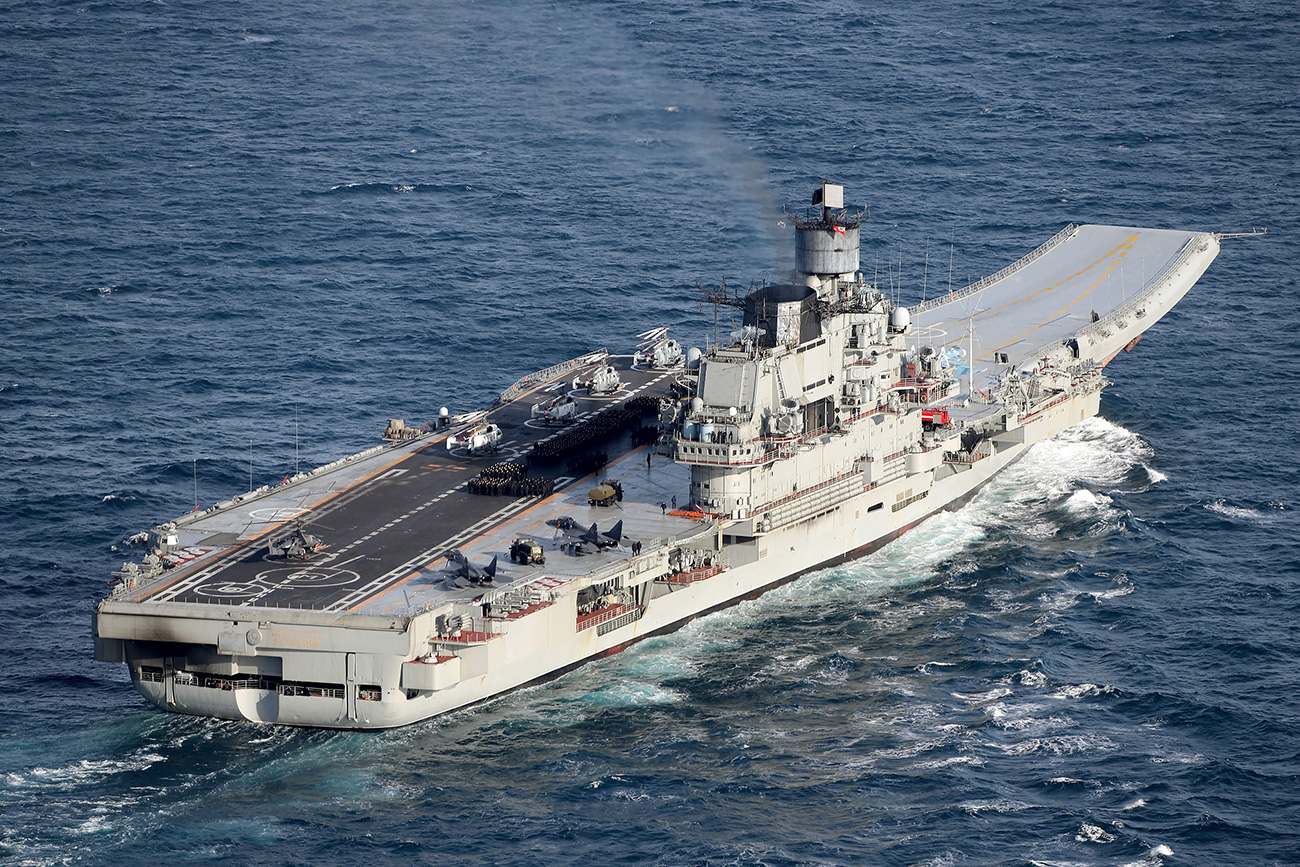 "Soon another (a sixth) diesel-electric project 636.3 submarine will join the Black Sea Fleet. These are very quiet submarines, which are difficult to detect with hydro-acoustic devices and which can therefore stealthily navigate right up to the attack area," explained Kasatonov.

Because of these features NATO submarine experts nicknamed the submarine "The Black Hole." Also, unlike other submarines, it’s perfect for expeditions in the shallow waters of the Baltic and Black Seas.

"The potential of the new submarines was first demonstrated in 2015, when the Rostov-on-Don (a submarine from the same project) struck terrorist targets in Syria with Kalibr missiles," noted Kasatonov. After the Black Sea Fleet acquires the sixth project 636.3 submarine, The Kolpino, it will have a full-fledged submarine brigade in the region.

Each project 636.3 submarine is equipped with new Kalibr-PL cruise missiles that can strike at a distance of up to 2,500 km.

The weight of the missile's warhead is about 500 kg and the blast is capable of destroying anything within a radius of several hundred meters from the target's epicenter. "This is a high-explosive charge that no well-protected concrete fortification can withstand," remarked military analyst from the Izvestia newspaper Dmitri Safonov.

As he underlined, it is a very expensive weapon and it makes no sense using it in the war against ISIS militants. "Such launches are just a demonstration of our fleet and weapons' potential for possible buyers from Southeast Asia and Latin America, as well as for our NATO "partners," who are establishing new military bases in Eastern Europe," explained Safonov.

Read more: Why is Russia creating the biggest aircraft carrier in the world?>>>