Rise of the Machines: A look at Russia's latest combat robots 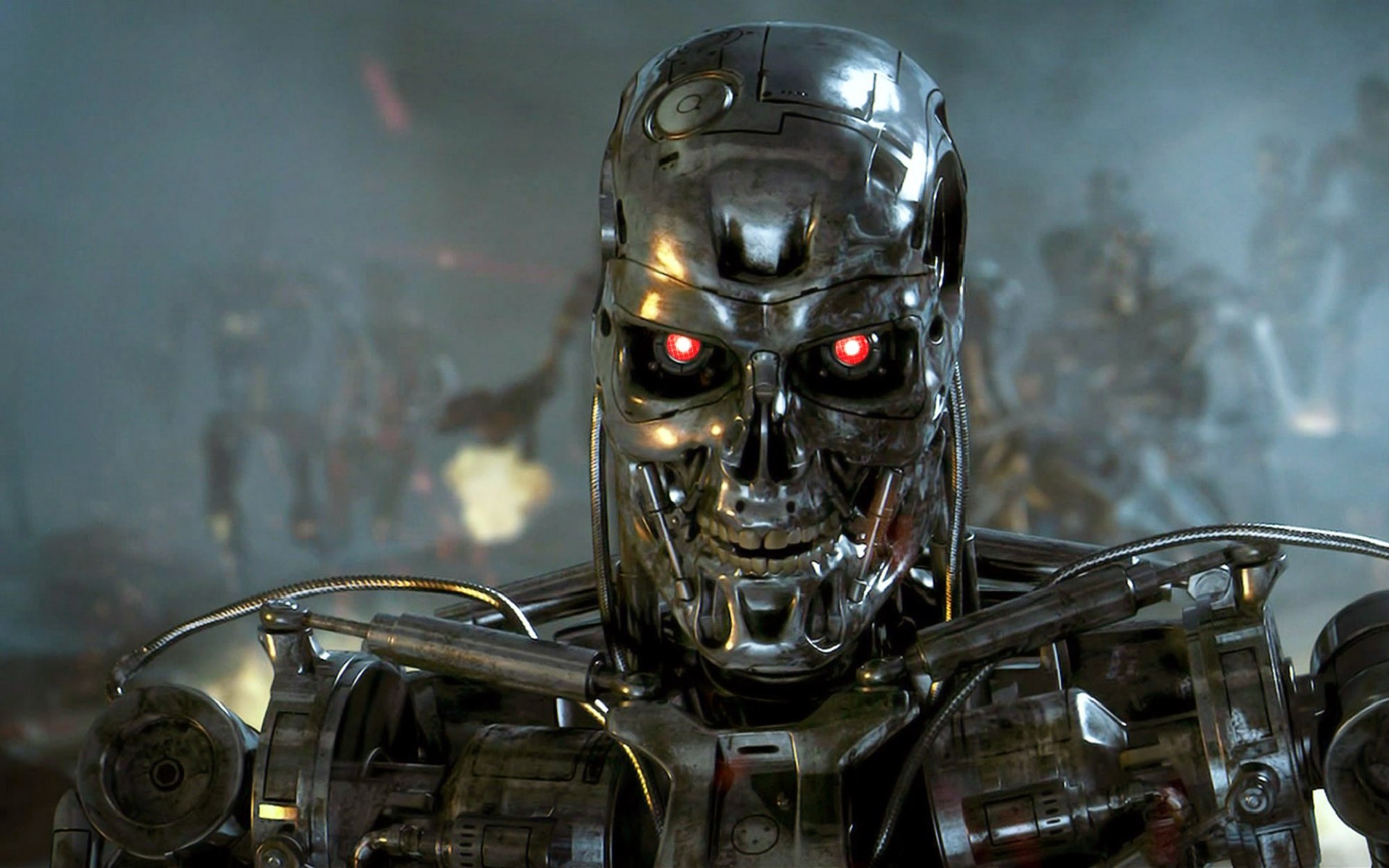 Robocop and Terminator will get some real-life competition. Source: kinopoisk.ru

The Russian Armed Forces will increasingly rely on robots to minimize the loss of lives in future wars. The use of advanced automated unmanned systems is likely to give Russia a major advantage on the battlefield.

Looking for a major edge in future conflicts, Russia is actively developing automated unmanned systems for its armed forces. The use of robots on the battlefield can have a decisive impact and help avoid human losses.

RBTH presents the latest Russian developments in the field of military robotics.

The main efforts in the field of military robotics are aimed at developing combat robots, which can replace soldiers on the battlefield.

The Nerekhta combat robot, developed by the Russian Foundation for Advanced Research Projects, in partnership with the Degtyarev Plant, will fight against armored machinery.

The robot has three modules: combat, transport, and artillery reconnaissance. The combat module in different variants will be equipped with a Kord or Kalashnikov machine guns.

The module can further be equipped with an AG-30M automatic grenade launcher and an anti-tank missile system.

Nerekhta consists of a compact light tracked chassis, equipped with a hull and mounts for special equipment.

It is assumed that the Nerekhta will be used in tandem with drones.

As is the case in many countries, the development of biomorphic robots is in process in Russia. The four-legged Lynx robot will be equipped with a machine gun and anti-tank guided missiles.

The robot will operate in urban and industrial areas, on asphalt, marble, wood, sand and unpaved covers.

In addition, the Lynx will operate in icy conditions, grass, snow and shallow water.

This robot-beast will most likely be used as a scout. It will also transport ammunition and equipment and lead combat activities.

Great attention is being paid to the development of robotic security guards that will be used to protect strategic facilities.

An unnamed robotic system is being created for the Strategic Missile Forces to protect silo launchers.

This small vehicle will be armed with a machine gun and an automatic grenade launcher.

The system will detect targets at night while staying invisible to the enemy. It will also move around the perimeter of the missile complex, guarding it from attacks.

The robot will be able to fire at targets with a radius of 400 meters.

In addition, this year the Strategic Missile Forces began to guard their facilities with the Mobile Robotics Complex (MRC). The MRC was designed for reconnaissance and the detection and destruction of stationary and moving targets. It backs up conventional units with firing, and patrols and protects important facilities.

The MRC has the opportunity to follow, track and engage targets in automatic and semi-automatic modes. The robots are equipped with optical-electronic and radar reconnaissance.

For the monitoring and protection of state borders and coastal areas a special naval robot is being developed, which will be able to work for many days from 100 km offshore.

This robot will follow a pre-created route without the operator’s intervention and get in touch with submarines, surface ships and shore stations.

In addition to combat robots, automated vehicles that are capable of carrying the wounded from the battlefield and providing simple medical help are currently being developed by Russian research centers.

The combat equipment of a soldier within the so-called Defender of the Future project will include a robot.

This robot will be a personal assistant of the soldier. It will help the soldier in hitting targets and evacuate him from the battlefield.

The Angel robot-nurse, developed by NGO Splav, will be able to diagnose, make a step-by-step treatment algorithm, monitor patients, and change the treatment method if needed.

The robot will be made in stationary and mobile versions. The mobile version is designed to assist the armed forces in emergency situations and during the evacuation of patients from remote areas.

Angels will be used both by the military as well as civilians. The Defense Ministry plans to deploy these robots in distant frontier areas and outposts in the Arctic.

Another robot named Specialist, developed at the Main Research and Testing Robotics Centre of the Defense Ministry, will be able to carry the wounded out of the battlefield. 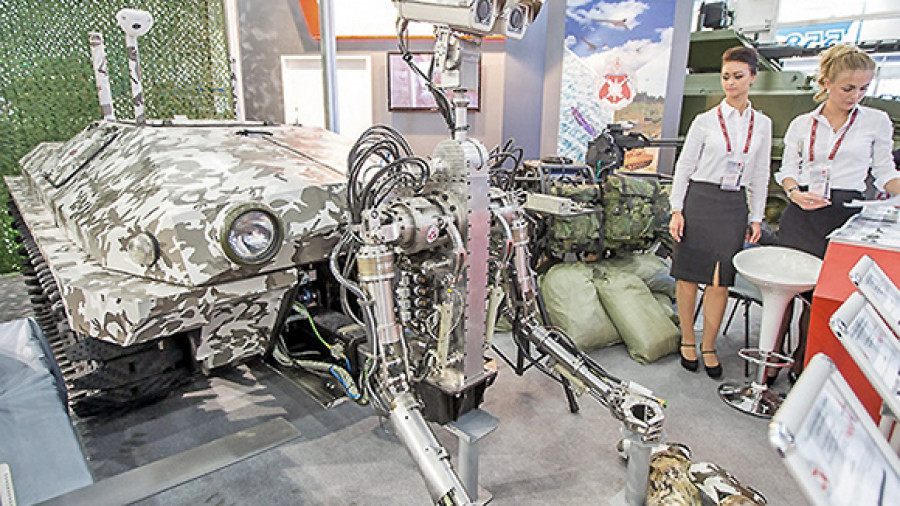 It is a lightweight tracked vehicle with anthropomorphic body that simulates the hand, the head and torso.

It is primarily being designed to deal with unexploded shells and mines. However, in the future it will be used as a medic-robot as well.

The Specialist can cover more than 20 km along off road through the use of rubber tracks.

In addition to creating military robots from scratch, there are plans to transform existing military vehicles into unmanned automated systems.

Uralvagonzavod is involved in the transformation of the T-90 and is looking to make it an unmanned automated vehicle.

An unmanned version of the T-90 will receive a so-called synthetic eye - a modern technical vision system, under which all devices on the outer surface of the tank (radar, laser rangefinders, and multispectral cameras) will generate a digital synthesized picture of the battlefield on the monitor of the manned tank that is leading an operation.

With this system, the operator in the leading tank will be able to coordinate the work of the automated tank units. 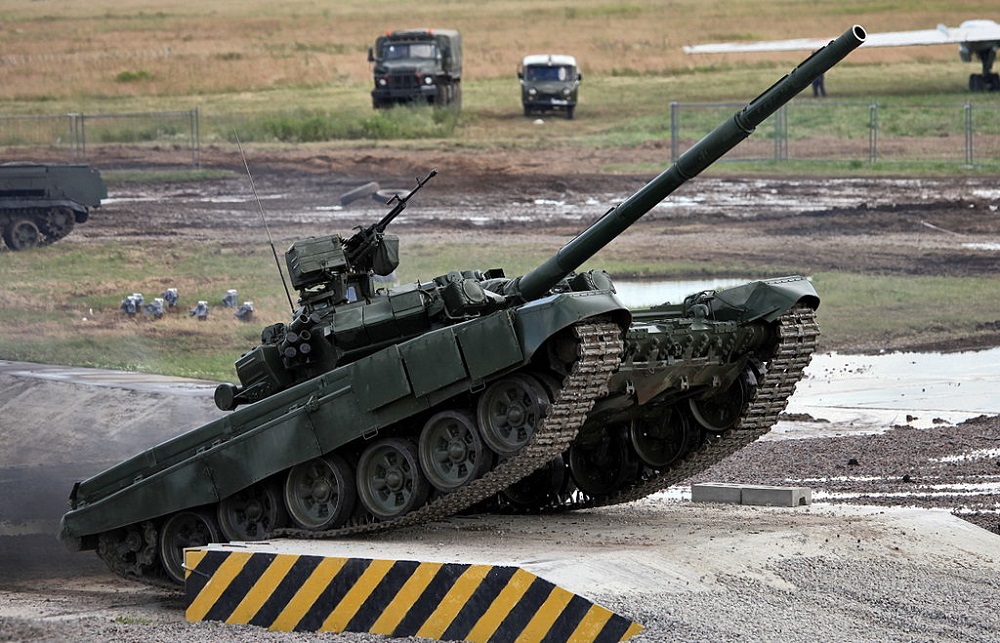 A robotic version of the latest tank T-14 Armata is also under development. It should be built in 2018.

In addition, a computer-aided exploration and clearance vehicle is likely to be derived from the Armata and Boomerang tanks. It will be able to find and neutralize mines and destroy enemy fortifications.

According to General Yuri Stavitsky, Chief of the Engineering Troops, this unmanned vehicle will help improve the efficiency of reconnaissance operations.

The robot will pass on intelligence data to the control system in a digital format in real-time, the general added.

The unmanned machine will help the armed forces maintain remote reconnaissance of mine fields, discover and destroy mines from a distance of just 200 meters, and provide a breakthrough in anti-personnel and tank fortifications on the battlefield.