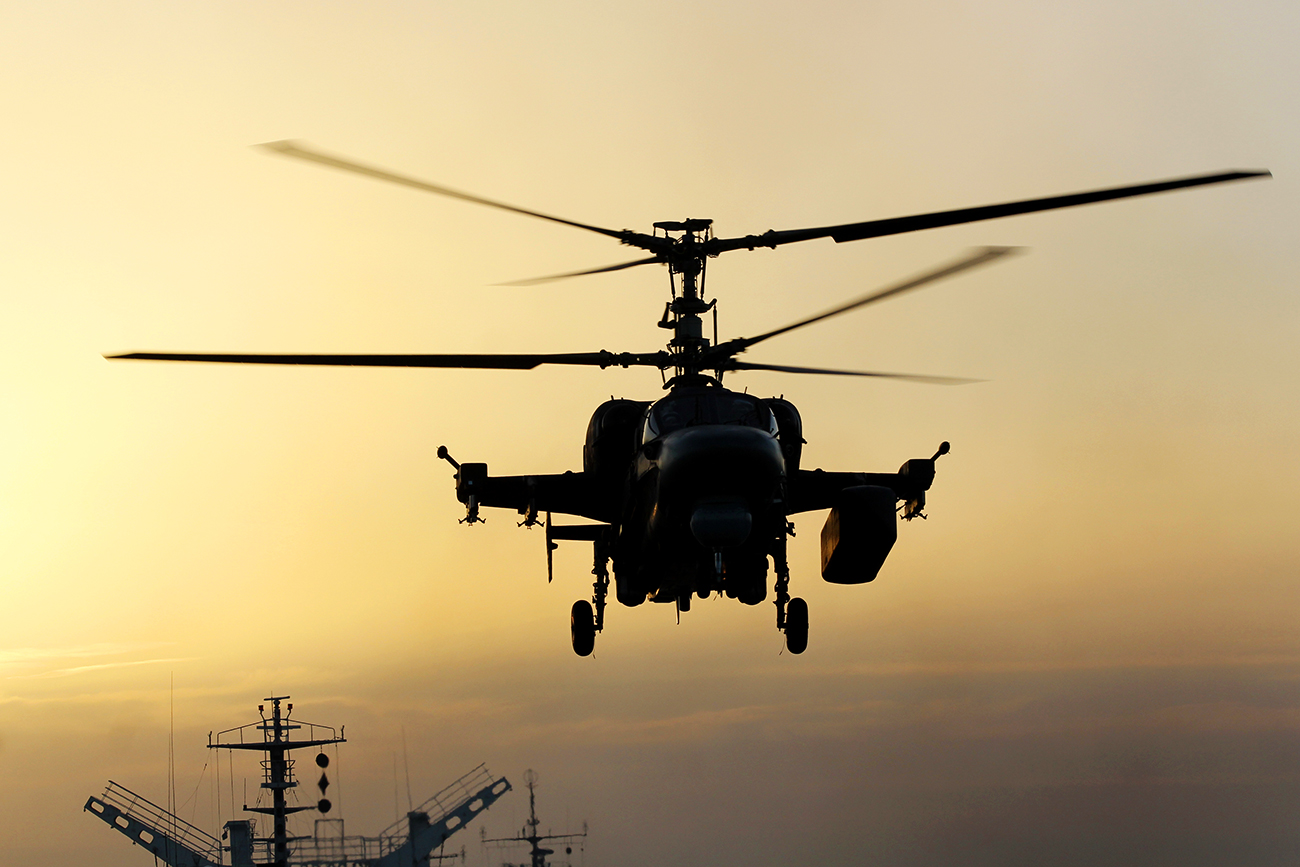 Ka-52K helicopter takes off from the deck of Admiral Kuznetsov heavy aircraft carrier in the Mediterranean Sea.

Andrey Luzik/RIA Novosti
On the first day of the international air show at Le Bourget, Russia announced it had won a tender to supply the ship-based version of Ka-52 combat helicopters to Egypt.

Russian ship-based Ka-52K combat helicopters will be deployed on Mistral-class amphibious assault ships that former French President François Hollande, under pressure from his NATO allies, sold to Egypt instead of Russia. The next important task is to reach an agreement on the helicopter’s technical specifications before it goes into service in the Egyptian Navy.

"We need to discuss the helicopter’s specifications and the financial conditions. In other words, we need to carry out difficult pre-contractual work," said Dmitry Shugayev, head of the Federal Service for Military-Technical Cooperation, at the Le Bourget air show.

The Ka-52K Katran is the only combat helicopter in the world that can carry large anti-ship missiles used by naval aviation.

The Ka-52K is intended for patrolling, providing support to an assault force during amphibious landings, as well as for defensive missions on the front lines and in the rear. 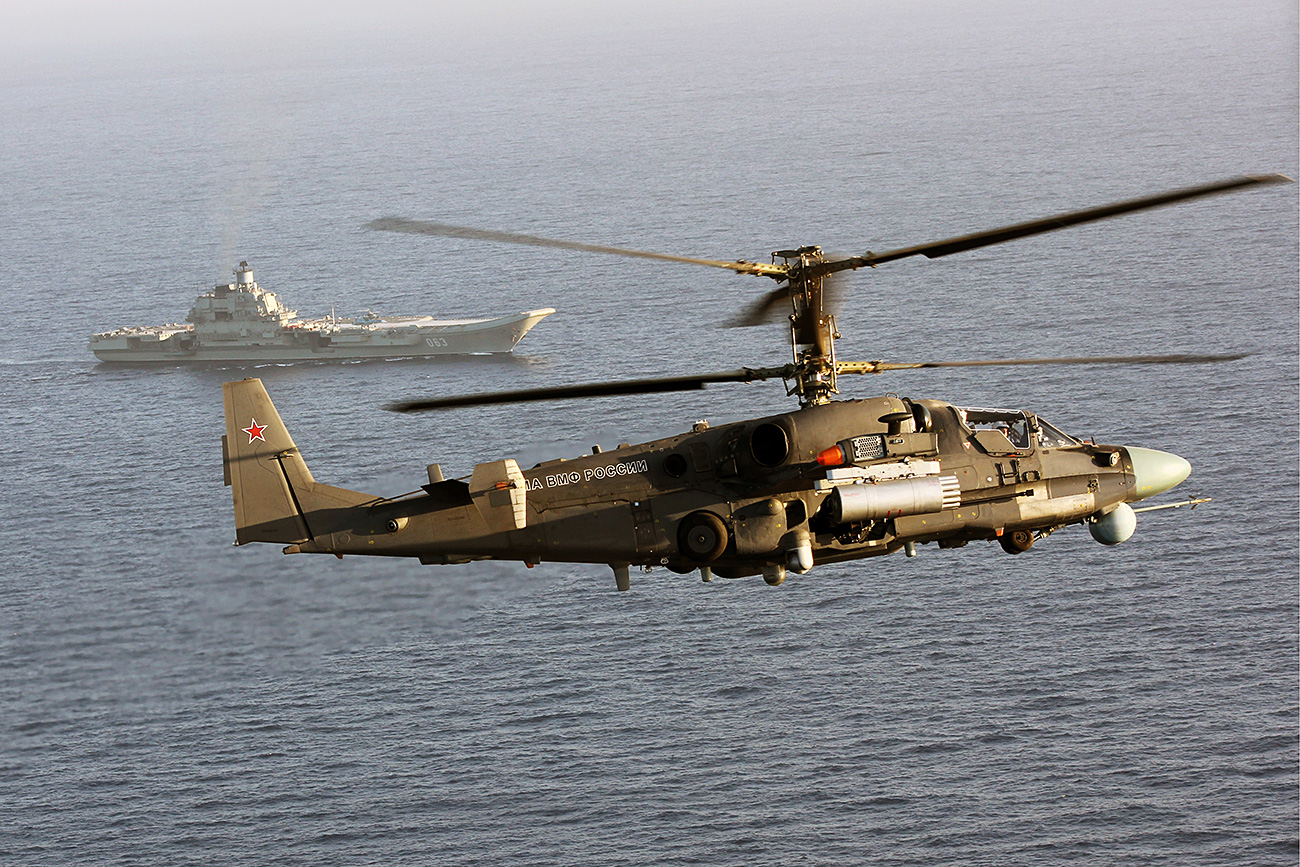 "The Ka-52K Katran is the only combat helicopter in the world that can carry large anti-ship missiles used by naval aviation." Source: Andrey Luzik/RIA Novosti

The Katran goes to war

The Ka-52K Katran had its baptism by fire during the mission of the Admiral Kuznetsov aircraft-carrier group to wage war against the Islamic State in Syria. Like its land-based version, the maritime helicopter was first used in combat conditions in Syria.

Footage of the onshore helicopter in action hit the Internet on April 3, 2016 when the Syrian army, with the support of Russian aviation, liberated the city of Al-Qaryatayn in Homs province from ISIS militants.

Retired Col-General Leonid Ivashov, president of the Academy for Geopolitical Problems, said that the Ka-52K’s weaponry and combat capabilities are comparable to its onshore cousin.

"The helicopters are intended to provide support to ground troops. The Katran has folding rotor blades to enable it to fit into the hangar on board a helicopter carrier, while its navigation system has been upgraded to adapt to flights at sea and ship landings," Ivashov said.

The Katrans were originally developed for use with the Mistral-class amphibious assault ships that Russia ordered from France in 2011. Because of the Ukrainian crisis, however, the helicopter carriers never entered service with the Russian Navy.

Vadim Kozyulin, professor at the Academy of Military Sciences, pointed out that President Hollande was pressured by NATO allies and had to terminate the contract for the Mistrals. Eventually, Egypt acquired the ships, each of which has a deck 5,200 square meters in area and contains six landing spots. Two lifts bring helicopters up from the hangar to the flight deck, and 16 attack helicopters can be carried on the flight and hangar decks.

In the end, Egypt might receive all 32 Ka-52Ks that, under an agreement reached in 2014, were planned for what should have been the Russian Mistral-class helicopter carriers.

Read more: How the military Ka-60 turned into a limousine in the sky>>>