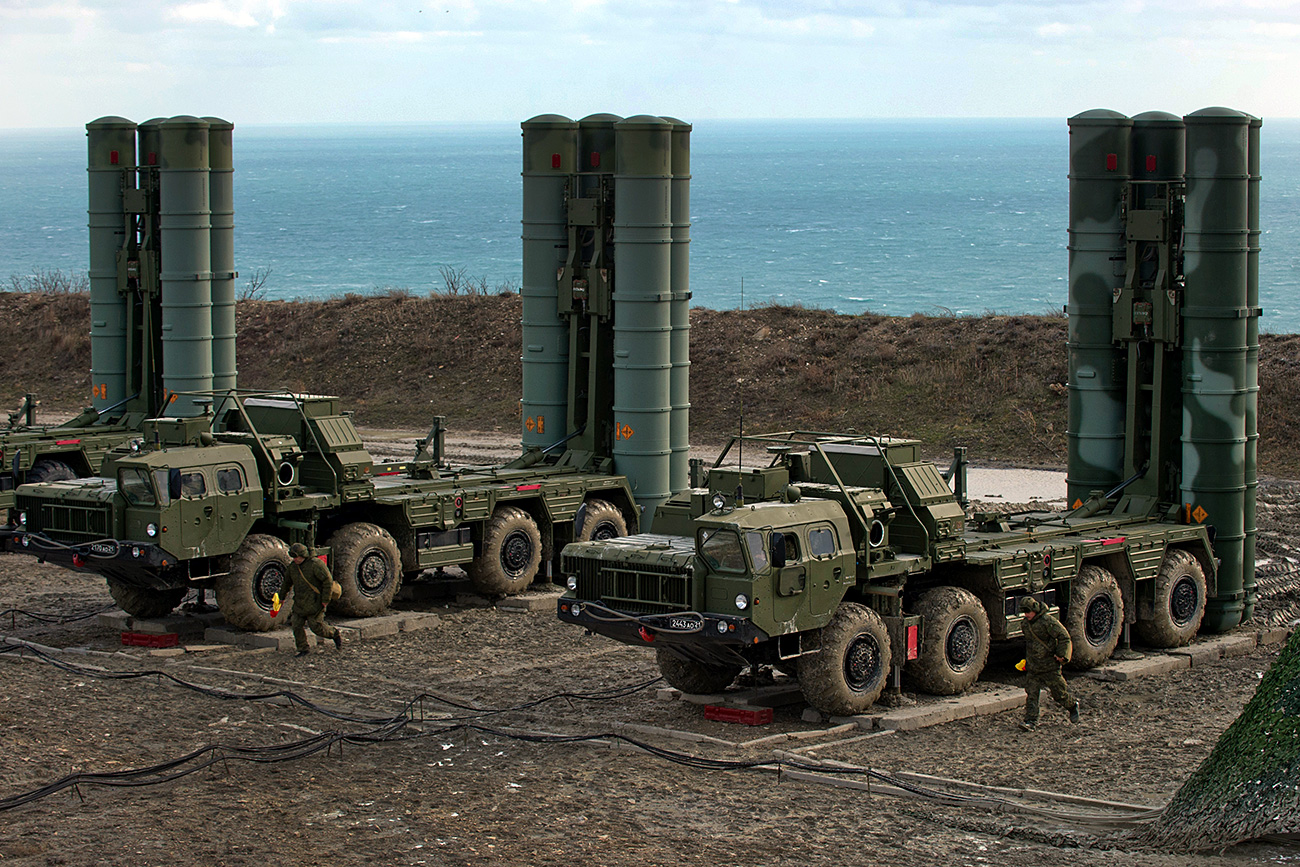 Sergey Malgavko/RIA Novosti
The two sides are very close to signing off massive contract but Moscow wants money upfront, while Ankara is trying to pay on credit.

Ankara and Moscow have entered the final stages of negotiations over the hi-tech S-400 missile defense system. Turkey finally looks set to buy the Russian-made anti-aircraft weapon with a number of agreements relating to the deal already signed, although some administrative and financial issues still need to be resolved - a source close to the talks told RBTH.

“Steps have been taken and signatures signed with Russia concerning the S-400s. God willing we will see the S-400s in our country,” Turkish President Tayyip Erdogan said on July 25. Russia has not yet commented on the deal.

What remains to be done?

The two sides have rubberstamped all technical aspects of exporting the system to Turkey, including how many missiles, launchers, and support machines will be shipped.

It’s not yet confirmed how Turkey is going to pay for the weapon, with Ankara hoping to tie up the S-400 purchase on credit. According to media reports, the contract is worth $2.5 bln.

This is proving a stumbling block, with Industry and Trade Minister Denis Manturov adamant the deal will be completed without credit. He says Turkey can afford to pay upfront.

What can go wrong?

Turkey is a member of the North Atlantic Treaty Organization and having a Russian air defense system in its ranks will likely be frowned upon by other members.

“The U.S. military has an analog of the Russian S-400. It’s called the Patriot air defense the system, and it’s now being delivered to South Korea to protect the country from its northern neighbor,” Wadim Kozulin, a professor from the Academy of Military Science, told RBTH.

According to him, NATO's military elite claims it’s not possible for the S-400 to operate alongside - or be integrated into - the alliance’s air-defense system.

“A similar thing happened in the nineties when Russia sold 12 S-300 launchers to Greece. No matter what officials say, it still works well and can be integrated into the alliance’s air defense system,” the expert added.