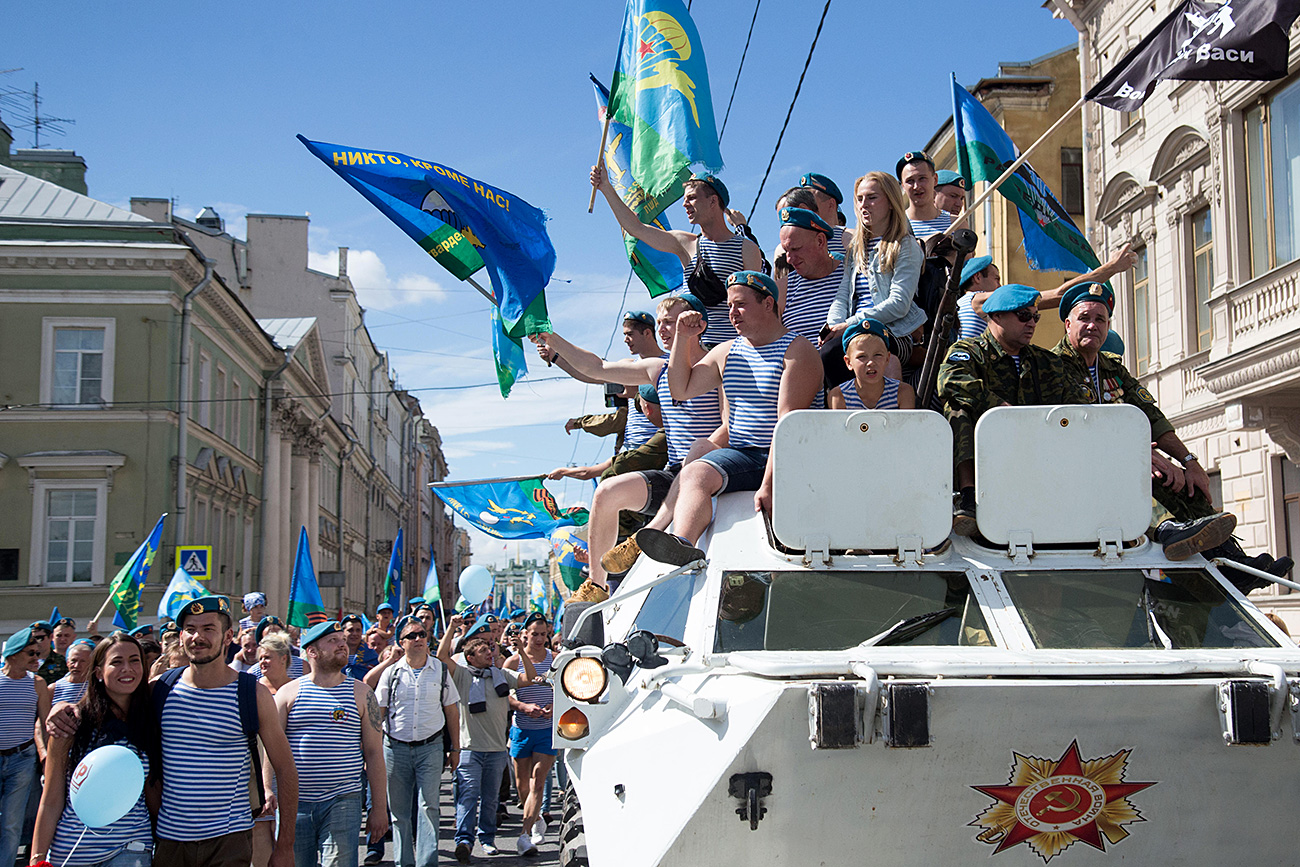 The Russian Airborne Troops, also known as VDV, was formed before WWII. The first airborne forces parachute jump took place on Aug. 2, 1930 in Moscow’s Military District. The jump was accomplished by a division of 12 paratroopers. This day became an airborne forces holiday during the Soviet era, which still continues to be celebrated on Aug. 2. These forces were involved in every conflict on Soviet territory.

Each year, current and former paratroopers celebrate by meeting up and wandering the city streets and parks. Paratroopers and anyone else brave enough - often in an inebriated state - frolic in Moscow’s fountains and pick fights with unfortunate passers-by. Some fountains are turned off in a number of Russian cities to stop the madness.

Read more: Surviving Paratrooper Day in Russia – the dos and the don’ts