Russia plans to scale back military spending - but not rearmament 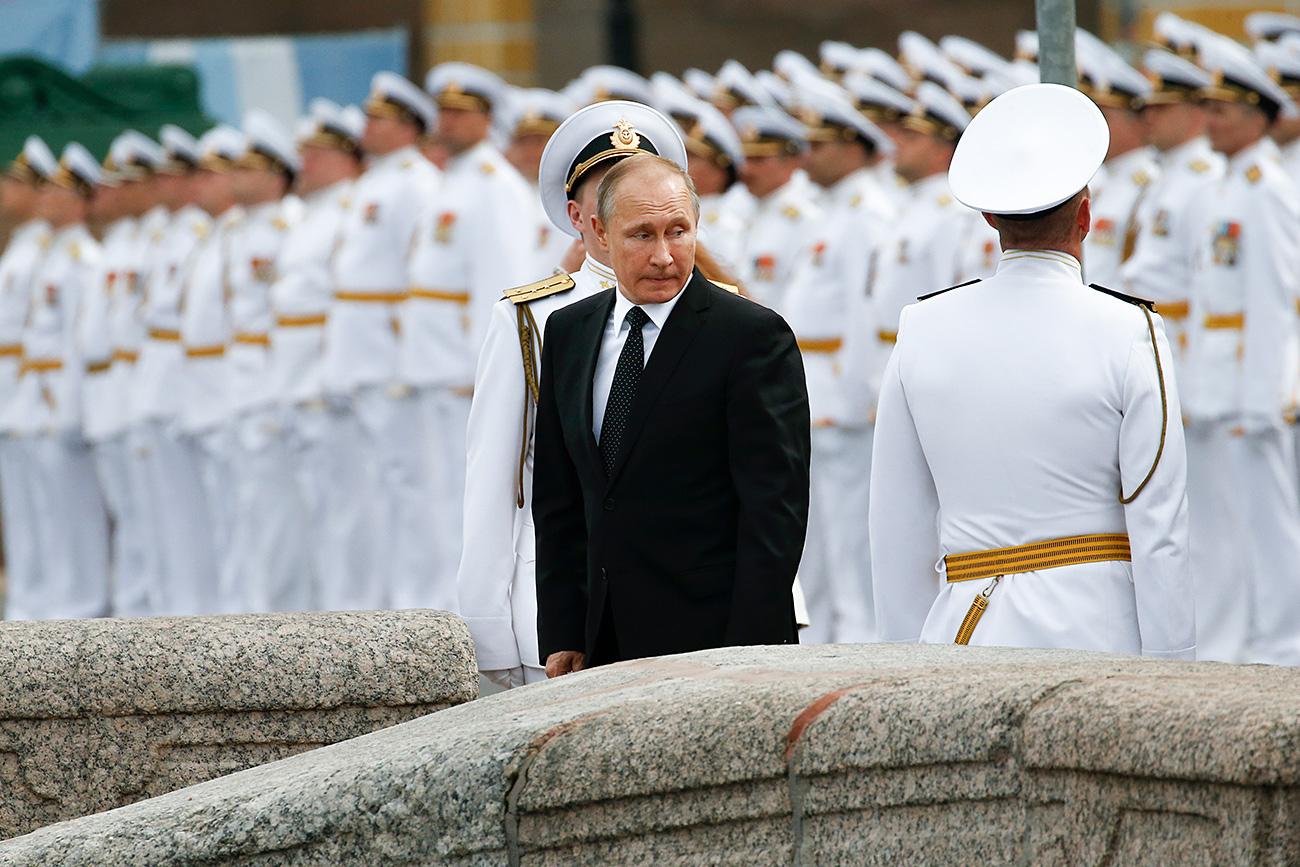 AP
Russian President Vladimir Putin announced that in 2018 the country will decrease its military budget but said the pace of rearmament will remain the same.

The economic crisis and sanctions have taken their toll on Russia. Like in recent years, the country’s budget has been slashed and military spending has been cut.

“This autumn we’ll have to work out a budget law for next year. It includes military budget cuts, yet it will have no effect on the rearmament of our army and navy,” President Vladimir Putin said.

It was the same story in 2016, when the Russian government tightened its belt and rolled back military spending by 160 billion rubles (around $2,7 billion).

Ruslan Pukhov, CEO at Centre for Strategic Analyses and Technologies, says the move is not at all surprising.

He added that the Russian public should not be worried about decreased army funding or the country’s defence capabilities. As it stands, the pace of military rearmament hasn’t slowed: Ground, air, and naval forces are still set to receive new hi-tech weapons systems as scheduled.

However, Pukhov says that if the recession continues, the military will suffer 10 to 15 years from now.

What will be cut?

The biggest part of the Defense Ministry’s budget ($48 billion, nearly four percent of the country’s GDP) is being spent on new generation military systems. These include fighter jets, bombers, tanks, submarines, and battleships.

However, some experts believe that the budget will be balanced out by postponing certain planned military developments.

“Some shipments and scientific work will be delayed by the government. For example, right now Russia doesn’t need to invest tons of money in the development of the Barguzin rail-based missile system with new era intercontinental ballistic missiles (ICBMs). So this work may be postponed for a couple of years,” Izvestia newspaper analyst Dmitry Safonov told RBTH.

He also believes the government will postpone investment in the development of the PAK DA, a new era strategic bomber. As with the Barguzin, there are currently other systems that can do the job at a satisfactory level.

“This is a complicated long-term project. Russia doesn’t plan to wage wars or be involved in conflicts where it will need flying monsters able to drop 30 tons of missiles and bombs on the heads of its enemies. Modern strategic aviation with the Tu-160, Tu-22M3, and Tu-95 perfectly fulfills the country’s duties during operations against Islamic State terrorists,” Safonov added.

What won’t be cut?

Meanwhile, experts agree that work on some nuclear missile programs will never be delayed or under-financed as they are of primary importance.

Russian Minister of Defense Sergei Shougy said earlier this year that the Russian military industry is working 24/7 to create the new Sarmat ICBM.

The rocket - code name RS-28 - weighs 100 tons and has a payload of 10 tons. The first missiles will be delivered to the country’s Strategic Missile Troops after 2020 and will replace the R-24V Voevoda, which is today considered the heaviest and most threatening strategic missile in the world (it weighs 211 tons with a payload of nine tons).

As Safonov believes, the new missile will be a cornerstone of Russia’s nuclear deterrence policy as it will be able to fly 17,000 km and carry 15 multiple reentry vehicles, each with a yield of between 150 and 300 kilotons.

“This will be the key to preventing major conflicts and protecting the nation in the future,” he told RBTH.