Russian police may be beefed up with RoboCop on wheels: ‘Shield’ 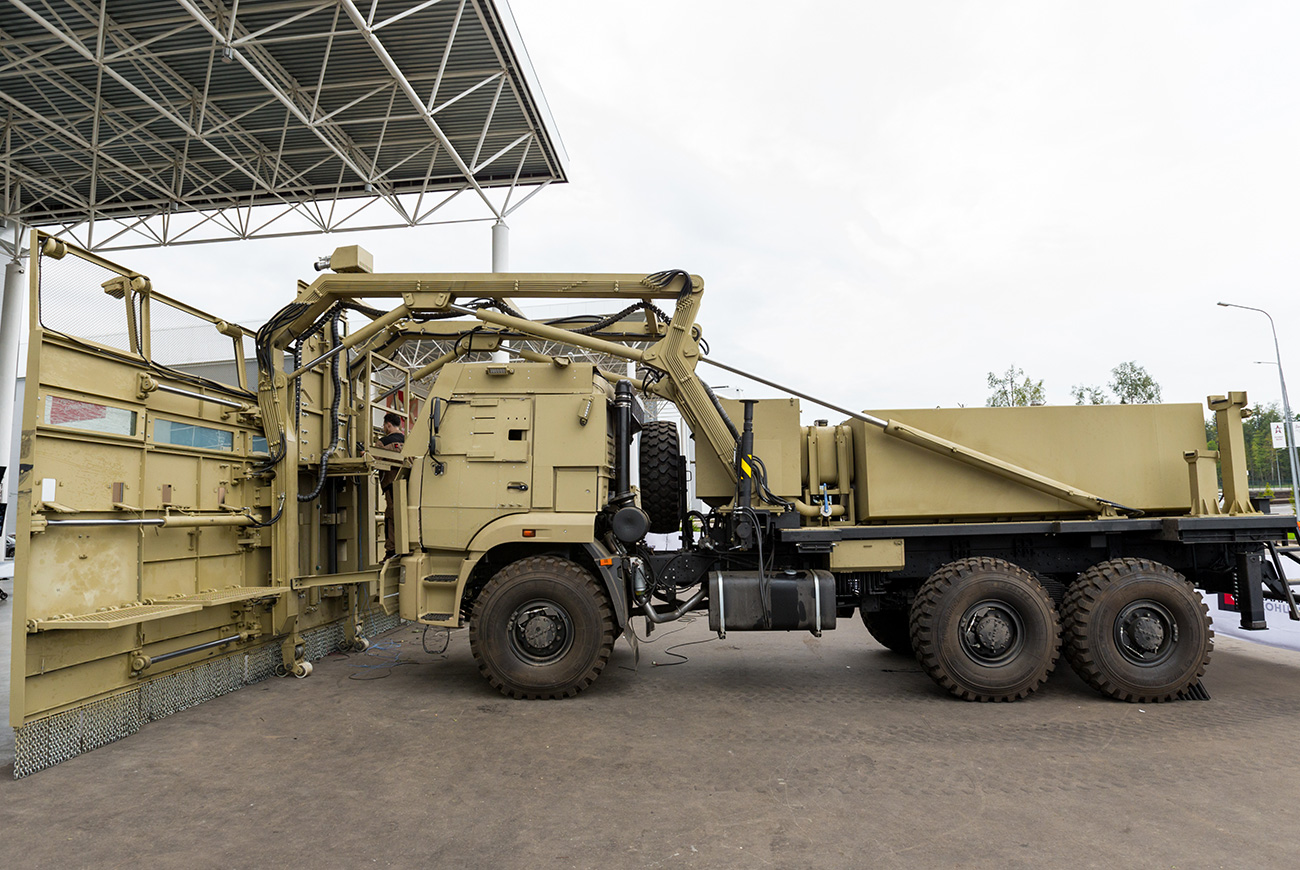 A monster is coming, and it’s stacked up to the nines with water jets, bullet proof glass, and three-meter tall steel bulwarks.

Thinking about protesting in Russia? Probably best to think again. Soon, demonstrators will be up against more than just police officers holding shields, batons, and wearing body armor. A monster is coming, and it’s stacked up to the nines with water jets, bullet proof glass, and three-meter tall steel bulwarks.

"Numerous types of protection systems and other police equipment are being developed today all over the world. They get different embodiments, but the goal remains the same - to protect operatives and not to harm [protesters],” Vadim Kozulin, a professor at the Academy of Military Science, told RBTH.

At the Army-2017 expo in Moscow’s suburbs, Kalashnikov Concern - Russia’s largest arms manufacturer - showed the world what Russia’s National Guard may soon be bolstered with: An armored vehicle called “Shield,” the most eye-catching of a number of variants. It’s beefed up with a three-meter tall, four-meter wide wedge of impenetrable steel.

“It’s the first of it’s kind in Russia, but not unique as similar vehicles are already used around the world to disperse crowds. Most of its specifics are classified, so we’ll talk about the obvious ones,” Koluzin said. First the expert highlighted the windows from which officers can fire rubber bullets. He then pointed to the side panels - they can be opened out like giant wings to offer increased protection.

Metal chains also hang from the underbelly of the machine to shield the legs of officers from the likes of Molotov cocktails, stones, baseball bats, and anything else people throw.

“Today, Russia’s Interior Forces only use rubber sticks, shields, and gas launchers to fight crowds. It’s not the most effective and safe method for both sides, so there is a gap to be filled with modern, safe, and effective weapons,” Koluzin added.