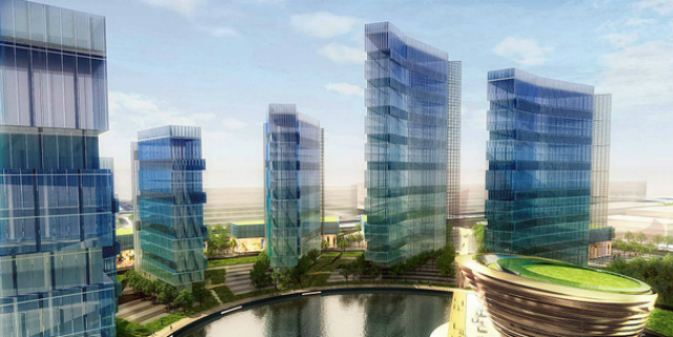 Techno parks are the hotbed of innovation in Russia. Source: Flickr/fuad384

While Russia still lags behind global leaders in the IT and outsourcing sectors, techno parks such as a facility near Novosibirsk are looking at India’s own Silicon Valley for inspiration.

In 2005, Russian President Vladimir Putin visited Bangalore and was impressed by the scale of its transformation into a technological hub that attracted some of the biggest names in the American information technology (IT) industry.  Unfortunately, Russia is not a major force in the global IT market, even though it is widely believed, that the competency of Russian programmers is among the highest in the world.

Russia has some of the best hackers in the world. This report on the Moscow News claims that many hackers are even trained by the government. Russia accounts for about 35 percent of global cybercrime revenue (between $2.5 and $3.7 billion), says the report. Despite the presence of brilliant minds, Russia’s share in the global IT market is only 1 percent.

According to SourcingLine research, India is ranked number one among outsourcing countries while Russia’s rank is only 24. Figures from NASSCOM indicate that IT exports and outsourcing earned India about $60 billion in 2010, while Russia made just $1.4 billion from this industry, according to RUSSOFT.

Nevertheless, Russia has lots of advantages for outsourcing companies. It is the best location for technically challenging tasks, has a huge pool of high-tech and engineering talent built upon one of the finest education systems in the world and a very strong home-grown IT sector that is receiving strong government support. Russia also has a cultural and geographical proximity to the West and has a distinct cost of labour advantage over western countries.

After his Bangalore visit, Putin announced that Russia plans to pay more attention to the development of information technologies. It has since become a national priority to build techno parks in the country to help new technologies find their way to the global market. The techno parks were supposed to be funded by private businesses with government support and 4 locations were chosen: the Moscow region, St. Petersburg, Nizhniy-Novgorod and Novosibirsk.

Eight years after initiatives were launched to aid the Russian IT industry, I am visiting Novosibirsk to see how far the plans of making a Bangalore-style techno park, have progressed. In Novosibirsk the best place to build a techno park was Akademgorodok (a specially created academic town) which is full of institutes, research facilities and scientific centres. The town of 70,000 inhabitants used to be a technological centre of the USSR. It is very famous for its nuclear research, biotechnologies and nanotechnologies. There are about 10,000 scientists and 6,000 programmers working in 25 research institutes.

Construction of the new techno park started in 2006 with investments of about $150 million. The main clusters in the techno park are instrumentation, information technology, nanotechnology and biotech. It’s being unofficially called the “Silicon Taiga” in an analogy with the Silicon Valley in the United States. The official name for Siberian techno park is Akadempark.

I was pleasantly surprised by the attitude of managerial personnel of the techno park and their desire to meet, discuss and be open to new ideas and collaboration. The instrumentation cluster has a pleasant sitting area with a winter garden, close to which resident engineers create new prototypes of different tools and measuring equipment. The isolation is perfect. There is no noise and at the same time you can see Russian engineers doing their creative work. There are many factories in Russia but it is extremely difficult to work with innovations. To develop prototypes and make changes on a small scale is very difficult within huge factories and it takes long time. The existing facilities in the techno park allow engineers to work on experiments and make prototypes much faster.

Foreign companies have already set up shop in the Siberian Taiga. Companies like Intel, Schlumberger, HP, Microsoft, Samsung and LG have being doing business from Akademgorodok since many years. There are many Russian start-ups that joining these companies to develop their technologies.

My next stop was the Information Technology Centre of Akadempark, which has 55 tenants and employs 6,800 people. The companies based out of the centre had combined revenue to the tune of about $433 million in 2011.

The IT centre has fancy looking towers which won an award as one of the best construction projects in Russia. Being from Bangalore and having worked in a business incubator in the US, I had a personal interest in visiting the newly opened IT incubator. The atmosphere in these facilities was very different and refreshing. The building is full of young energetic professionals, university graduates, who are taking the opportunity to implement their ideas into business.

Programmers in Akademgorodok cannot compete with the Bangalore labour force when it comes to salaries. Russian programmers are much more expensive than their Indian counterparts. They, however, have a different niche, which is in their ability to solve very sophisticated problems.

I was impressed with the practice called Summer and Winter Schools. For 2 weeks, students and young professionals compete for their idea to be selected for the incubator. The enthusiastic young professionals are ready for collaboration not just with other techno parks in Russia but with similar entities in India, probably Bangalore.

I think all the start-ups in the world face the same problems: how to know if your idea would be profitable, how to materialise the idea into life and how to get funding. The elements of a successful techno park are a strong early-stage funding ecosystem, experienced mentors and of course ambitious and risky start-ups. Angel funding, one of the most important steps for early stage start-ups in America, does not exist in Russia. There are attempts to put together seed funds, like Lomonosov Capital in Akademgorodok, but the majority of funds still come from Federal and Regional programmes, grants from specialised funds and investment companies.

It is a new trend for Russia to step away from scientific research done primarily for science and to bring an entrepreneurial vibe into it. I believe that similar changes are happening in Bangalore as well, where from simple outsourcing IT professionals are trying to materialize their ideas into life. The situation in Bangalore now is very similar to what was happening in Silicon Valley in 1996. In fact, according to the Economic Times, Bangalore is among the top 20 start-up ecosystems in the world. Of course for Russian ecosystems there is a long way to go but the seeds that are planted look very promising. This process is in a developing stage but they are doing just about everything right.