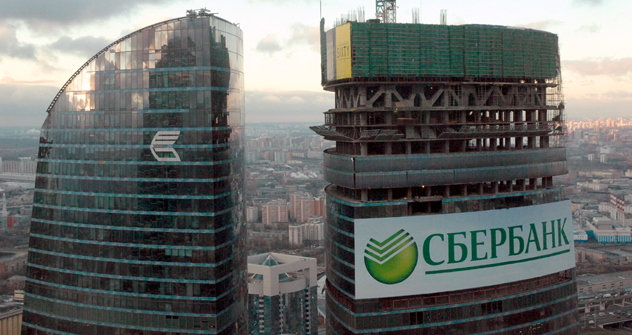 Indo-Russian banking cooperation is developing actively and now it has become possible to speak in terms of real interaction between the banking sectors of the two countries.

Over a decade, the development of banking links between India and Russia has made some concrete headway. Currently, two major Indian banks (State Bank of India-Canara Bank JV and ICICI) are providing banking services in Russia. Similarly, several Russian banks have opened their representative offices and branches in India, including VTB, Sberbank, Vnesheconombank, Promsyvazbank and Gazprombank.

India and Russia have decided to increase the bilateral trade turnover to $20 billion by 2015, which may seem quite challenging considering the current trade volumes, but positively feasible taking into account the immense untapped potential, including in banking sectors of the two countries.

Indian and Russian banks are playing a pivotal role in promoting trade and investment ties between the two countries. In fact, in 1990’s and early 2010’s, the interaction between the banking sectors of the two countries was quite slow. But the situation has improved recently.

India-Russia banking cooperation got a fresh impetus in September 2004 when the first wholly Indian-owned commercial bank in Russia was formally launched in Moscow, with its main purpose of facilitating trade and economic cooperation between the two countries. The State Bank of India (SBI) and Canara Bank formed a joint venture (JV) with a base capital of over $21 million to create the Commerical Bank of India LLC, Moscow, in Russia, with SBI holding a 60 percent stake and Canara Bank picking up the remaining 40 percent stake.

The two banks had applied to the Russia’s Central Bank in September 2002. In accordance with the regulatory norms in Russia, the joint venture required to keep a minimum capital adequacy ratio of 10 percent. Currently, both SBI and Canara Bank have representative offices in Moscow. They had obtained the clearance individually from the Banking Division under the Indian Finance Ministry and the RBI for foraying into Russia. However, after the feasibility study, the two leading banks decided to forge a joint venture.

The launch of a fully Indian-owned commercial bank in Moscow, was somewhat a belated move by the Indian banking sector as many foreign banks  from Europe had already made their way to Russia and are at present functioning very well. They are not only making handsome profits but also supporting the business in their respective countries. Apparently, Indian banks lost a golden opportunity to mark their presence in Russia, at a right time.

However, currently Indo-Russian banking cooperation is developing much more actively, which was earlier sluggish also because of the fact that the two countries focussed on rupee-debt settlements and other long-term contacts at the government level. But now it has become possible to speak in terms of real interaction between the banking sectors of the two countries.

Since its opening in Moscow, the Commercial Bank of India LLC, in accordance with the Russian laws, has been offering various services to corporate clients, which include trade finance for exports and imports, discounting of bills, opening letters of credit and guarantees as well as working capital finance, term loans for equipment and other world class banking services. The opening of the Bank removed one of the main bottlenecks in boosting bilateral Indo-Russian trade and economic cooperation.

The start of functioning of the joint venture bank also signalled the implementation of a series of documents which were signed during Russian President Vladimir Putin’s visit to India in 2004, on long-term cooperation between leading Indian and Russian credit and financial organizations. The two countries signed an agreement on cooperation between Russian Sberbank, Vneshtorgbank, and Canara Bank; a Memorandum of Understanding between Sberbank and the SBI; a Memorandum of Understanding between Vneshekonombank (VEB), Roseximbank, and the Export Credit Guarantee Corporation of India Ltd.

Following the SBI-Canara Bank joint venture bank, India’s largest private sector bank, ICICI Bank, in March 2006, formally launched its operations in Russia through its wholly-owned subsidiary, ICICI Bank Eurasia LLC which was formed after takeover of a small Russian credit bank. It acquired Investitsionno Kreditny Bank (IKB) in May 2005 in neighbouring Kaluga region about100 km from Moscow, to gain a foothold in Russia. At the time of acquisition, the IKB had a small asset of $4.4 million and ICICI planned to more than triple the capital of its Russian entity to about $15 million.

Although the SBI and Canara Bank opened their Russian joint venture Commercial Bank of India in 2004, due to its Russian vehicle ICICI Bank could immediately jump into lucrative retail banking, as a 100 percent foreign-owned bank has to be operational for two years in Russia to start it.

However, the Commercial Bank of India operates in the corporate sector only, servicing big Indo-Russian business projects. ICICI Bank aimed to target the Russian corporate and retail sectors, as well as Indo-Russian trade. It rolled out full banking services to corporates and individuals through its two branches in the Russian capital and two in the Kaluga region.

The opening of the ICICI branch in Moscow sent a strong signal to the Indian business community to start seriously looking at Russia. It sought to provide services to Indian companies which were forced to trade with Russia through third countries because of lack of direct banking ties between India and Russia. ICICI considered it very important to be in Russia, which has been one of the fastest emerging economies of the BRICS group of the countries.

The ICICI Bank has also signed a cooperation agreement with Russia’s state-run foreign trade bank VEB. The agreement provides for a long-term and strategic partnership in financial support for projects in various sectors of the economy, including pre-export financing.

Recently a top official of the Moscow Bank of Reconstruction and Development (MBRD) had confirmed that MBRD was conducting talks with ICICI for a tie-up collaboration to sell products like mortgage loans. The tie-up collaboration was to provide ICICI Bank a facility to expand in various regions of Russia as MBRD has large scale operations across Russia and other CIS countries. ICICI is one of the leading players in mortgage loan solutions in India. The scope of collaboration could also include ICICI Bank taking MBRD’s products into the Indian market at a later stage.

For Russia and India to meet the bilateral trade turnover target of $20 billion by 2015, the banking sectors in the two countries, will have to increase their interaction with a faster speed and remove bottlenecks to strengthen further cooperation, they pointed out.

While the top 10-15 Russian banks are known to their Indian counterparts, the smaller banks often face hurdles. Indian banks decline accepting Russian banks’ guarantee, because it is difficult to establish the creditworthiness of Russian companies as most of them were created in the 1990’s after the collapse of the Soviet Union.

But the situation has improved in the past few years after the VTB, Russia's number two state-owned bank, opened its branch in New Delhi in 2008, followed by Sberbank (Savings Bank), which is the largest banks in Russia. These two banks with their full-fledged operating branches in New Delhi, present a wide range of banking services to Russian and Indian customers.

“There has been neither quick growth nor broad expansion, but gradually, step by step, we are gaining a foothold in India, and shaping our niche. Our main target audience here is India-registered companies with Russian capital, as well as Indian companies working with Russia and other CIS countries,” VTB’s New Delhi branch head Sergei Bulayenko said recently.

“Not all of these companies, however, are our clients yet. This is where Russian banks will have to struggle with Indian rivals. Competition is very high in India’s banking sector, and this is seen as a natural process, helping streamline business and enhance the flexibility and quality of customer service,” Bulayenko said.

“Our Indian branch continues efforts to attract new clients, especially among Russian companies newly registered in India. Our competitive advantages are the high quality of customer service and quick decision making. These two factors are crucial for competing with Indian and foreign banks,” he noted.