ONGC’s Magadan foray could be a win-win situation 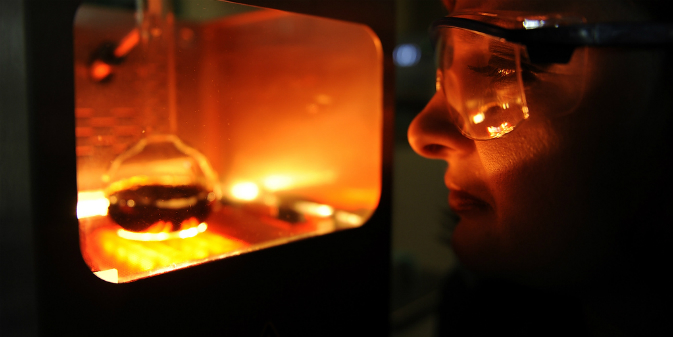 Indian participation in the Magadan offshore projects would help the country gain access to promising oilfields, while Rosneft can save on investment costs.

Rosneft has invited ONGC to take part in joint development of two offshore areas in the Sea of Okhotsk, with reserves sufficient to meet India’s total oil consumption for eight months. If it agrees, the Indian state-owned company will gain access to new oilfields, while its Russian counterpart will raise the investment it needs for geological exploration.

Veerappa Moily, India’s Minister of Petroleum and Natural Gas, said in a letter to members of parliament in late-December that ONGC Videsh Limited (OVL) was studying the opportunities offered by the Magadan-2 and Magadan-3 offshore areas in the Sea of Okhotsk, which Rosneft proposed to jointly develop. According to Russia’s Deputy Energy Minister Yuri Sentyurin, the proposal to buy the stakes was made during negotiations with the Indian authorities in October. OVL representatives have since visited the oilfields and conducted a preliminary evaluation, which, according to Moily, concluded that the risks were high.

India is forced to take the risk because it currently imports up to 80 percent of its crude oil and is constantly on the lookout for more sources. Magadan-2’s recoverable reserves are estimated at 78.9 million tonnes of oil, and Magadan-3’s at 31 million tonnes of oil and 105.5 billion cubic metres of natural gas.

It is no coincidence that OVL Managing Director Dinesh Sarraf has promised that “Russia will be the key point for an aggressive expansion of our project portfolio over the next few years.”

The offshore areas of Magadan, Kamchatka, and Sakhalin are considered quite promising. Similar areas in the North, Norwegian, and Kara Seas, as well at the northern Alaskan incline, have yielded good results. Yet the areas offered to OVL have hardly been studied at all. Working conditions there are extremely harsh, second only to the Arctic. This implies high costs. The price of drilling a single exploration well is estimated at $150 million plus infrastructure – ten times more expensive than on the mainland, Sberbank SIB analyst Valery Nesterov said. In other words, anyone joining the project should realise that the minimum exit price would be at least $200 million.

If initial drilling yields good results, geological exploration could easily be expanded to $1 billion. That said, Russia’s offshore areas still look much more promising than its mainland, where old large oilfields have all been taken already and reserves of new deposits explored in recent years are more modest, at 2-4 million tonnes.

Nesterov said that Rosneft, busy with its TNK-BP deal, would not have any free cash left for geological exploration any time soon. Meanwhile, the company keeps filing applications for new offshore licences. On  February 1, Russia’s Prime Minister Dmitry Medvedev signed a decree granting Rosneft 12 offshore licences without tender for 5.37 billion roubles. The company now holds 29 offshore licences with estimated reserves of 190 billion barrels of oil equivalent and has filed for 14 more. This means that Rosneft’s current partners could probably count on expanded cooperation in new oilfield development, the expert added.

OVL is gaining access to Russian oil for a reason. The company owns 20 percent of the Sakhalin-1 project (expected to produce around 7 million tonnes of oil this year), as well as the Imperial Energy production company, which OVL bought in January 2009 for almost $2 billion. Oil output there may have reached 635,000 tonnes last year and is unlikely to increase in 2013. The company has scaled down drilling in anticipation of tax breaks for development of oil that is difficult to recover.

Foreigners are routinely invited to join Russian offshore projects. They get 33.3 percent stakes each and pay for geological exploration in joint projects with Rosneft. The Russian state-owned company obtains the right to participate in overseas projects of its partners and gains access to their technology and expertise. For example, ExxonMobil has invested around $3.2 billion in development of three Rosneft licensed areas in the Black and Kara Seas in exchange for purchase of a 30 percent stake in their share of the La Escalera Ranch project in the Delaware Basin of West Texas. Italy’s ENI is investing some $1 billion in exploring areas of the Black and Barents Seas and has offered Rosneft participation in its production projects in North Africa and Alaska, as well as in European refining projects. Statoil is investing an equal amount in exploration of oilfields in the Barents Sea and the Sea of Okhotsk (Magadan-1) and has invited Rosneft to Norway’s continental shelf.

Last May, OVL asked Rosneft to let it participate in one of the projects already under development by ExxonMobil, ENI, and Statoil at the expense of Rosneft’s share in it. If this is denied, the Indian company has asked to participate in one of the 12 future projects, even agreeing to take an 8 percent take because it has no experience of working in offshore areas of northern seas. The company’s Moscow office had no comment on its position regarding the Rosneft invitation. No decision has yet been made and it will be made in New Delhi, according to Moscow office spokesman Nirmal Kumar. Rosneft refused to comment on the size of the offered stake or its proposal’s deadline. According to Vitaly Kryukov of IFD Capital, in any case this is a good opportunity for OVL to gain access to promising oilfields and for Rosneft to save on investments.