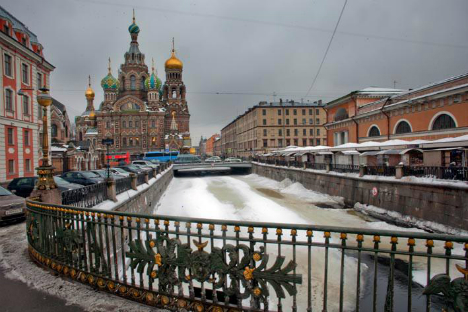 St. Petersburg, the republic of Tatarstan and the Voronezh, Yaroslavl and Tula regions scored in the top five in the rankings.

St. Petersburg has left Moscow far behind in terms of public-private partnership development, according to the first rankings that analyze the multibillion-dollar sector.

But government officials and lobbyists said federal legislation is needed to regulate cooperation between the government and businesses.

The rating was presented a day ahead of a government commission meeting that will be chaired by First Deputy Prime Minister Igor Shuvalov, who oversees public-private partnerships.

The ranking, presented Tuesday at RIA-Novosti, was prepared by the Center for Public-Private Partnership Development, a nongovernmental organization that includes Deputy Finance Minister Andrei Ivanov and executives of Sberbank and VTB Bank among its members.

St. Petersburg, the republic of Tatarstan and the Voronezh, Yaroslavl and Tula regions scored in the top five in the rankings.

Some areas known for their advanced economies, such as the Kaluga region and Moscow, were ranked ninth and 13th, respectively, and it was for a reason, Center for Public-Private Partnership Development head Pavel Seleznyov said.

Other regions among the top 10 included Belgorod, Nizhny Novgorod, Vologda, Kaluga and Novosibirsk.

The last place in the ranking was occupied by the Chukotka autonomous district, once governed by another billionaire, Roman Abramovich, who invested millions of his own money in the impoverished region to build  infrastructure from scratch.

Some political experts said earlier that investment in Chukotka's infrastructure had been arranged through an agreement between him and President Vladimir Putin.

Yury Tuktarov, an analyst at Legal Capital Partners, which compiled the rankings, said the criteria included the existence of a regional public-private partnership agency, government experience in implementing public-private infrastructure projects and regions' credibility and transparency.

But Tuktarov said the rankings did not take into account the amount of funds allocated in specific regions for public-private partnerships. He added that the rankings were compiled by five experts, not an entire "army of analysts."

Maria Yarmalchuk, head of an Economic Development Ministry department, said that there are no official statistics on public-private partnerships in the country and that the field is currently unregulated.

She said that due to a lack of a proper legal base, some such projects have raised the suspicions of law enforcement agencies.

Answering a question from the Moscow Times, Yarmalchuk said a bill regulating public-private partnerships is being considered by the government. It will be discussed at a meeting Wednesday headed by First Deputy Prime Minister Igor Shuvalov.

Yarmalchuk said she hopes the legislation will be passed by the Duma during its spring session.

Finance Minister Anton Siluanov said in a television interview earlier that railway and road construction are among the projects that could be carried out through public-private partnerships.

Infrastructure development is widely believed to be a crucial issue for the country's economy.

According to a recent McKinsey Global Institute report, Russia could save more than $30 billion a year out of the $1.5 trillion it has earmarked for infrastructure spending by 2030.  The government needs simple efficiencies and a more discriminating choice of projects, the report said.

But critics say a lack of transparency and public oversight in public-private partnerships is among the biggest problems. They cite the example of the freeway connecting Moscow and St. Petersburg.

The construction of the freeway prompted public protests because one of its sections was laid through the Khimki forest, in the Moscow region.

Construction of this segment is being done by North West Concession Company, or NWCC. The company is a subsidiary of a joint venture between French engineering firm Vinci and several Russian investors including Arkady Rotenberg, a longtime judo partner of President Vladimir Putin.