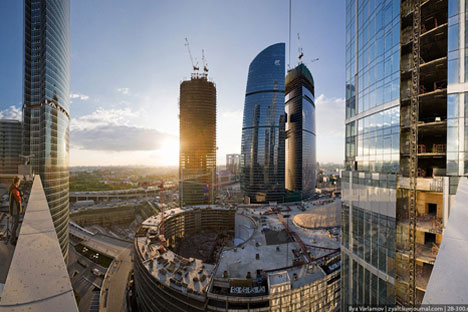 The percentage of surveyed foreign investors who regard Russia as among the most attractive investment sites, gained again in the first nine months of 2012, rising from 11 to 19 percent. Source: Press Photo

Russia's attractiveness to foreign investors in general and in the field of private equity in particular is among the most actively discussed issues today. The reasons for this include a desire to make domestic output more competitive and the Russian economy more open as well as the need to earn trust in world markets. Apparently, however, the most important reason is that the government recognizes the real sector's need for foreign capital and is attempting to dispel the stereotypes that foreign investors have about Russia.

The objective situation, backed up by stubborn facts, indicates that Russia has experienced contradictory trends in recent years. Russia's attractiveness to investors began growing in 2005, but it declined from 2009 through 2011. This decline had much to do with the disenchantment of investors who, prior to the 2008 crisis, had come to regard Russia as a haven from the problems experienced by developed economies.

At the same time, the Russian Attractiveness Index, the percentage of surveyed foreign investors who regard Russia as among the most attractive investment sites, gained again in the first nine months of 2012, rising from 11 to 19 percent. This growth had less to do with changing oil prices, which were at approximately the same level in September as they were in January, than with a rise in consumer demand, Russia's accession to the World Trade Organization and the announcement of the next round of privatization.

Notably, the private equity market in Russia is developing. Whereas domestic funds, state-controlled banks and the private assets of Russian businessmen are becoming more active as Russians acquire deeper knowledge of deal-making rules and the local specifics, there is still considerable caution from Western funds.

This is driven mainly by discomfort with the rules of the game, lack of portfolio assets conforming to government requirements and excessive price levels demanded by sellers.

Nevertheless, the situation is changing primarily because of the following factors:

Certain well-known funds have local offices and local investment teams. As a result, they have more capacity and flexibility to source good deals in Russia and other CIS counties.

Some investors are looking to invest locally via existing portfolio companies, which have a local presence or at least good knowledge about the market. This allows them to avoid complications related to the requirements of investment committees.

The Maturing of a Market

And finally, certain government initiatives are aimed at attracting private equity funds. The obvious one is the establishment of the Russian Direct Investments Fund, which has co-invested in several high-quality deals of different sizes and industries, from entertainment to energy. Co-investing with the fund looks quite attractive.

Overall, the Russian private equity market was growing from 2010 till 2012, with total deal volume of $2.2 billion in 2010, $4.2 billion in 2011 and $4.6 billion in 2012. The amount of capital raised in 2012 was between $5 billion and $6 billion and included several funds that raised funds in excess of $400 million. It must be noted, however, that the quality of statistical private equity information is only as good as management companies are willing to report, which limits the reliability of publicly available data.

In general, the current state of the Russian economy is cause for cautious optimism for private equities. Whereas in the private equity market in Western Europe there remains a large exit overhang — that is, companies waiting to be sold — in Russia and the CIS growth may be driven externally by the ongoing movement of investors from traditional markets to eastern European and Asian markets. The center of gravity is shifting from west to east and from north to south.

Still, funds must create value through strategic and operational improvement. To achieve maximum value for portfolios, funds must improve the companies and prepare them for sale or listing.

The other investment advantages of Russia include: a large domestic market a workforce that does quality work for a reasonable cost potential for growth in productivity a developed telecommunications infrastructure. These factors affect Russia's ability to compete for foreign investment capital, the primary sources of which are still the United States and Europe. Russia's chief competitors in capital markets are China, India, Germany, the U.S. and Brazil.

A key feature of the Russian economy is its geographic position at the crossroads of west and east. On the one hand, Russia competes with Western countries for high-value-added projects. On the other hand, Russia's large and expanding consumer market has much in common with those of Asian countries, although the similarity should not be overstated. China remains Russia's chief competitor in the fight for investment capital, but Russia's proximity to both European and Asian markets gives it an edge.

Europe's enormous debt problems and the United States' problematic budget deficit, crisis of consumer confidence, rising unemployment and slowing economic growth make Russia one of the countries that are still attractive for investments of private capital. At the same time, however, Russian authorities must work harder to improve the country's negative image.

It shouldn't be forgotten that funds for direct investments in world markets, including in Russia, are available. Many funds and strategic investors are prepared to invest hundreds of millions of dollars in assets, which means that investment in Russia is likely to grow as companies improve their corporate governance, reporting transparency and other matters.

In general, despite its shortcomings, Russia's economy is becoming increasingly integrated into the world economy. Russia has made a niche for itself in the market of foreign investments, and its potential remains strong.

Leonid Saveliev is a partner at Ernst & Young in Moscow.