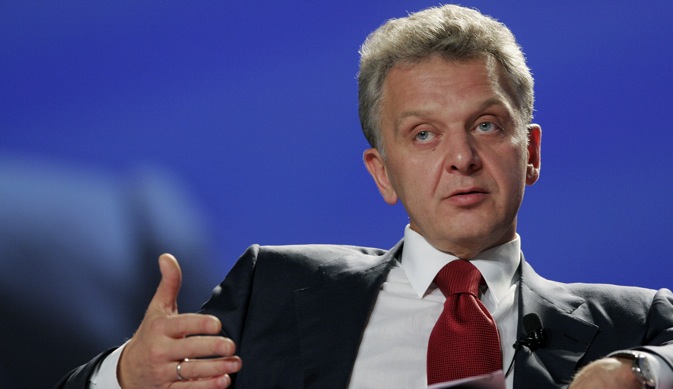 Viktor Khristenko: "India has strategic and privileged relations with each member of the Customs Union". Source: Reuters

After meeting Indian minister of Commerce and Industry Anand Sharma in New Delhi, Board Chairman of the Eurasian Economic Commission Viktor Khristenko talks about the prospects for India's partnership with the Customs Union of Russia, Belarus and Kazakhstan

Viktor Borisovich, how would you assess the current level of cooperation between India and Russia, Belarus and Kazakhstan individually, and the prospects of its cooperation with the Customs Union as an organisation?

India has special economic and political relations with each member of the Customs Union – Russia, Belarus and Kazakhstan. The countries themselves describe these relations as strategic and privileged. These relations, on the one hand, are based on a rich history and, on the other, reflect an understanding of long-term prospects. In terms of scope and diversification, Russia is perhaps the leader in this "troika". The (Indo-Russian) bilateral relationship covers a variety of areas, including some rather sensitive ones both from the technological and military points of view, including the development and production of new types of aircraft. India, Russia, Belarus and Kazakhstan also have common positions in the international arena. All this creates a favourable backdrop for multilateral cooperation within the Customs Union.

What real changes have there been in the Customs Union's structure and operations in recent years?

The Customs Union has seen some substantial changes over the past couple of years. Firstly, a supranational body, the Eurasian Economic Commission (EEC), has been formed. It adopts decisions that are then implemented on the territories of the three countries. These decisions concern foreign trade, customs and technical regulations, various restrictions, including those related to public health. All of them are relevant in terms of cooperation between Russia, Belarus, Kazakhstan and India.

What do these changes mean for our Indian partners?

This process of forming the Customs Union and a single market of the three countries has several positive aspects for India. If nothing else, it extends the boundaries of a market governed by the same rules, which are in line with the best practices and rules of the World Trade Organization (WTO). Thus, a bigger territory is becoming more understandable to our Indian partners from the point of view of developing trade and investment operations. In order to make sure that economic agents have a clear understanding of how to apply the new rules in the current situation, the Indian government and the EEC should maintain permanent working contacts.

What tasks does the EEC set for itself?

Do strategic partners like India have a specific role to play here?

A priority task for us is to fully inform our colleagues in the Indian government about how and in what areas decisions on that country's economic cooperation with the Customs Union are taken. Naturally, our strategic partners should be aware of all this, understand it all and see new opportunities for themselves. We, for our part, must organise cooperation and dialogue with them in such a way so that our partners are clear about what we do on the whole and in each individual area.

Speaking at a round-table discussion about Russian-Indian relations earlier this month, the head of the Eurasian Department at the Indian Ministry of External Affairs, Ajay Bisaria, said that an agreement on comprehensive economic cooperation between India and the Customs Union would make it possible to step up bilateral trade and investment relations with the Russian Federation. Did you and the Indian side discuss the possibility of signing such an agreement?

This is our second task, which consists in complementing the above opportunities with new sources of development. We understand fully well that these sources lie not only in trade in goods but also in services and investment. In terms of the form, we could make use of one of the existing world practices, for instance, an international agreement. One of the possible formats is a free trade agreement. If a document like this does emerge, it should, as I have mentioned above, cover services, trade and investment too. Then it would be a truly comprehensive agreement that has a potential for development. To come to an agreement like this, it will be necessary to conduct research aimed to assess whether it would meet the interests of India's development as well as the interests of the development of all the Customs Union member states. To perform this task, it would probably be necessary to set up a joint working group, give it terms of reference and wait for its report. This is what we were discussing today.

In what format do you think this work might develop?

We shall continue these discussions with the governments of the Customs Union member states in order to reach a common understanding soon. We have decided to meet at the St Petersburg International Economic Forum in June this year to further discuss work in progress. It is necessary to start developing a mechanism that would make it possible to open new prospects for India's cooperation with the Customs Union and to achieve new results in this area. We are moving towards creating a platform for discussing which specific document, for instance a free trade agreement, could be conducive to the prospect of further developing relations between India and the Customs Union.

What is the position of the countries' leaders on this issue?

I think it was as recently as during their contacts not a long time ago that the leaders of India, Russia, Belarus and Kazakhstan stressed not only the good history of relations with each other but also their readiness for this step. So this issue should be considered further.

Prior to New Delhi, you visited Hanoi, where you discussed a similar free trade agreement between the Customs Union and Vietnam. Has any progress been made there and is there a timeframe for completing the work on the document?

In Hanoi, we officially launched the talks on a free trade agreement between the Customs Union and Vietnam. Setting any timeframes for talks would not be constructive. In practice, a discussion like that can last a long time, sometimes an endlessly long time. Take, for instance, the talks on Turkey's accession to the European Union. Or India, which is preparing for round 17 in its talks on a free trade agreement with the EU. Which means that not everything is that simple. If everything goes well, then in a couple of years' time we may be able to complete work on an agreement with Vietnam. At least, we have scheduled rounds of talks for this and next year, with four rounds at the ministerial level set for this year alone. In-between them, there will be meetings between experts, video-conferences and so on.

The Customs Union has also more than once mentioned a free trade agreement with New Zealand. Is work on it under way too?

The situation with New Zealand is in some ways more simple and in some, more complex. There is one key area in the agricultural sector where we have not been able to find agreement. When looking for solutions in situations like these, it is important to achieve specific results rather than seek complete and utter happiness, which will never come. At the same time, these two documents – with Vietnam and New Zealand – set a precedent for us. They are being developed not only by the Customs Union as a whole, but by each of its members too, which are for the first time ever drawing up such an agreement and such a model for building one's relations with the outside world.

Are there plans for expanding the Customs Union?

We are in official consultations with Kyrgyzstan regarding its joining the Customs Union. The process is not as easy as it might seem. The legislative basis of the Customs Union derives from hundreds of different agreements. It is not enough just to join them, by assuming certain obligations. It is necessary to adapt one's state machinery to them, and we are conducting this work in the format of a special high-ranking group. We hope, by the end of the year, to complete a road map for Kyrgyzstan's accession to the Customs Union and to set a timeframe for this process. It is essential for us to avoid the mistakes the European Union has made and not to seek a broad integration at the expense of a deep one.

In other words, reports that Ukraine or Moldova may join the Customs Union are not more than media speculation?

The media does not discuss stories that are of no interest. Technically speaking, there is one country that is in the process of joining, having filed an application to this effect, and it is Kyrgyzstan. The Customs Union and the Eurasian Economic Union that is being developed are open for expansion, but it is a long and difficult journey. It is therefore very important not only to expand the Customs Union but also to develop its cooperation with individual countries and various groups of countries.

Are there groups of countries cooperation with which is a priority for the Customs Union, for example BRICS?

When Russia, inside BRICS, adheres to a certain position, especially in the economic sphere, one can assume that it has agreed it with its Customs Union partners and that Russia conveys it, as it were, on behalf of the whole of the Customs Union. I think links like these may play a more significant part these days than some formal memberships. We are ready for expanding our ranks, but not at the expense of the depth of integration. We are ready to expand interaction both with regional integration structures and with structures that are built on other principles, like BRICS for example, and we are interested in an in-depth partnership with our strategic partners.