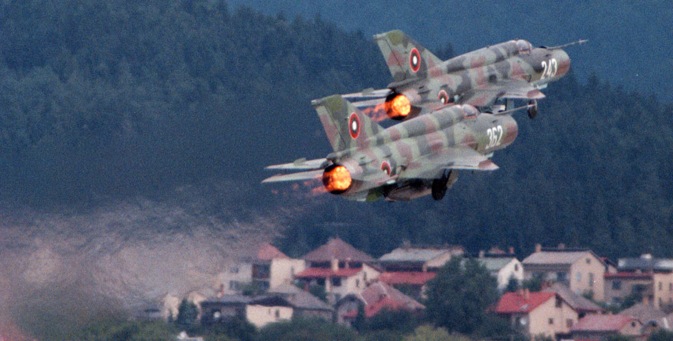 By the end of the 1971 war, the MiGs had been recognised as clear winners of dogfights with the F-104 Starfighters. Source: Reuters

It’s been 50 years since the first MiG-21 fighter jets were delivered to the Indian Air Force.

The Russian aircraft manufacturer MIG said it plans to continue its decades-long cooperation with India in developing and building MiG aircraft.

“The MIG corporation wants to broaden cooperation with India's public, military and research organisations,” MIG General Director Sergei Korotkov said in remarks read out from a statement at the Indian Embassy in Moscow.

The embassy held a reception this week to mark 50 years since the first MiG-21 fighter jets were delivered to the Indian Defence Ministry.“This historic event laid the beginning of Russian-Indian military-technical cooperation,” Korotkov said.

Built in 1956, the world’s most widespread fighter came out of the shadows in 1962, when India decided to purchase the newly-developed Soviet aircraft.

Artyom Mikoyan’s brainchild took part in India’s armed conflicts with Pakistan in 1965 and 1971.

The Soviet-made fighter played a key role in securing India’s advantage over Pakistan in the 1971 conflict. The Indian Air Force’s MiG-21s shot down four F-104s, two F6s, one F-86 Sabre and one Lockheed C-130 Hercules of the Pakistan Air Force. The MiG-21s also ensured the Indian Air Force’s aerial advantage above the key combat areas in the Western theatre.

By the end of the 1971 war, the MiGs had been recognised as clear winners of dogfights with the F-104 Starfighters.

They proved their worth again during the 1999 Kargil conflict, when the MiGs shot down the Pakistani Navy’s Breguet Atlantique with air-to-air R-60MK (AA-8 Aphid) missiles.

By 1969, India had bought a total of 120 MiG-21s, a number that tripled after the HAL Corporation manufactured 657 planes locally.

By 1972, HAL’s production of the MiG-21FL (type 77) had supplied nine squadrons with these aircraft. The first 54 units were assembled and tested in the USSR, then disassembled and shipped to India for assembly. The first plane fully built in India was delivered to the IAF in October 1970.

India continued buying MiG-21s into the late 1990s, when (in 1996) contracts for upgrading 125 MiG-21bis aircraft with an option for 50 more were signed. The first two planes were modernised at the Sokol plant in Russia and HAL upgraded the rest. The modernisation of 94 planes was completed in January 2006.

After a series of accidents and a two-year suspension of flights, in 2010, the IAF decided that the MiG-21, together with non-upgraded versions of the MiG-27, would be decommissioned in 2018.