Louis Vuitton gearing up for the Sochi Olympics 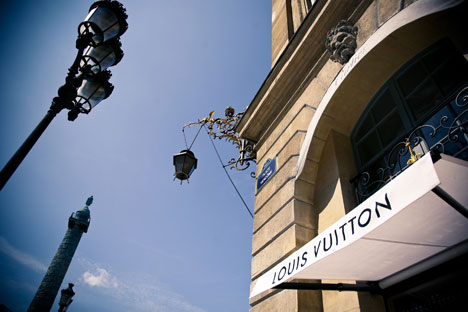 Louis Vuitton was the first in the premium segment to enter the Russian market on its own, opening a store in Moscow’s Stoleshnikov Lane in 2003. Source: Kommersant

The world’s largest luxury goods retailer is planning to open a store in Sochi, the host city of the 2014 Winter Olympics. The company is also looking for a logistics partner to operate an online store for Russia.

Louis Vuitton (LV) is planning to increase the brand’s presence in the Russian market by both expanding its existing stores and opening new ones, said Roberto Eggs, President of Louis Vuitton North Europe. The brand’s fifth boutique will open in mid-summer in Sochi. According to Eggs, because of its geographical location, this store will be conceptually similar to the company’s stores in Courchevel and St Tropez.

The luxury retailer was the first in the premium segment to enter the Russian market on its own, opening a store in Moscow’s Stoleshnikov Lane in 2003. A second boutique at the GUM department store followed a year later, and three years after that in St Petersburg and in Yekaterinburg in 2009.

Six years ago, then-Chairman and CEO Yves Carcelle said that the company was considering opening stores in Rostov-on-Don, Samara and Nizhny Novgorod. But it has since revised those plans, deciding to focus instead on the Moscow market, whose potential, according to Roberto Eggs, is far from exhausted.

Other CIS countries are also on the radar. The Russia team has opened the brand’s stores in Kazakhstan and Ukraine, and will open a boutique in Warsaw soon. Eggs also said that Louis Vuitton had already negotiated an expansion of its Stoleshnikov store.

The company hasn’t disclosed its investments in Russia or its financial performance there. However, according to Roberto Eggs, the retailer is happy with how its Russian stores have been doing: All of them, including the one that opened four years ago in Yekaterinburg, are profitable. Russia is considered a top-five priority market.

The company translated its website into Russian for the local audience at the beginning of this year. Now it is considering setting up a local online store and is looking for a logistics partner. That said, brick-and-mortar stores will remain the priority sales channel for the brand.