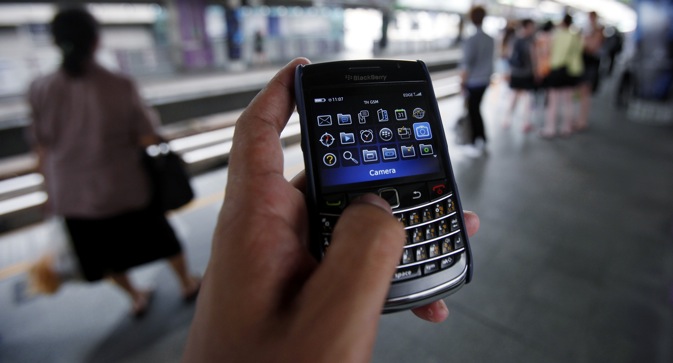 The Russians do not want a repeat of Sistema’s license imbroglio. Source: Reuters/Vostock Photo

Moscow wants the 19-year-old BIPA to be suitably amended with unambiguous safeguards to protect large scale Russian investments in telecom sector in India.

The Indo-Russian Bilateral Investment Promotion and Protection Agreement (BIPA) of 1994 is in for a major overhaul after Russia has waved a red rag to the Indians in the wake of the Sistema tangle. India’s unsavoury experience with BIPA with an estimated $5 billion hanging in balance has already poured cold water over the Indian government’s enthusiasm in the matter.

India finds merits in the Russian concerns and has assured that the needful will be done. The two sides are in regular touch over the issue and a new agreement should be signed either during the 14th annual Indo-Russian summit to be held in Moscow later this year or even before that.

Russia wants the 19-year-old BIPA to be suitably amended with unambiguous safeguards to protect large scale Russian investments in telecom sector in India. The Russians do not want a repeat of Sistema’s license imbroglio.

The matter came up before the Indian parliament’s upper house Rajya Sabha on May 2, 2013 when the government was asked whether the Russian authorities had raised their concerns with the Indian government about formalities for Russian investment in India.

Minister of State for External Affairs E Ahamed confirmed that the Russians had indeed conveyed such concerns to India. “During the recent high level interactions with the Russian side, the issue of promotion of new investments and protection of earlier investments made has been discussed. The Russian side has specifically voiced concerns regarding large scale investments made by Russian firms in the telecom sector. In this context, the Russian side has suggested amending the Bilateral Investment Promotion and Protection Agreement of 1994. Bilateral Investment Promotion and Protection Agreements with various countries, including Russia, are currently under review by the Ministry of Finance,” the minister added.

India had signed a spate of BIPA agreements with a number of countries after the then Finance Minister Manmohan Singh, currently the Prime Minister of India for last nine years, put the country on the path of revolutionary economic reforms in 1991. India has thus far signed BIPAs with 82 countries out of which 72 BIPAs have already come into force.

The primary objective behind BIPA was to promote and protect the interests of investors of either country in the territory of other country and increase the comfort level of the investors by assuring a minimum standard of treatment in all matters and providing justifiability of disputes with the host country.

Sistema, Vodafone uncorked the genie out of the bottle

However, the unsavoury episodes that witnessed Sistema and Vodafone slapping notices on Indian government exposed the faultlines of the agreement. The Russian companies suddenly realized that their billions of dollars worth investment in India was parked on thin ice.

The Indians have assured their Russian interlocutors that the issue will be sorted out to the satisfaction of Moscow once the Indian government completes its own homework with regard to BIPA.

The stage for hammering out a draft of the amended agreement with Russia will arise only after India completes its own introspection, a senior Indian official told this writer. Moreover, the Russians have also been told that it is not Russia alone which finds problems with BIPA but several other countries have also voiced similar concerns.

The matter is also likely to come up for some intense discussions when Indian Commerce and industry Minister Anand Sharma travels to Russia next month.