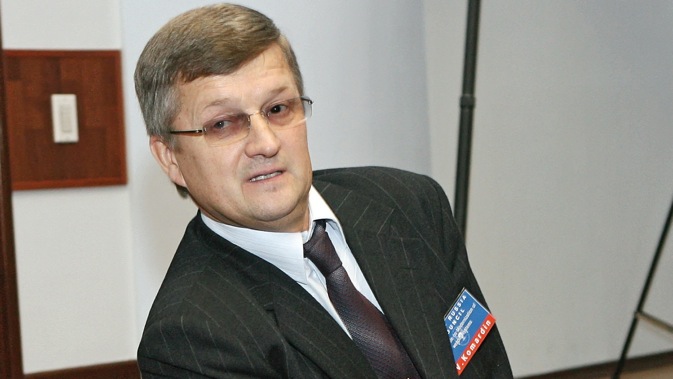 Ahead of the 60th anniversary celebrations of the beginning of Russia’s military and technical cooperation with foreign countries, Deputy General Director of Rosoboronexport Viktor Komardin speaks about India’s role in this cooperation and export of defence products to other countries.

- When celebrating the anniversary of Russia’s military and technical cooperation with foreign countries, it is only natural to mention India. When did this cooperation begin and how would you describe its results?

- This year also marks the anniversary of the first supplies of Soviet MiG-21 fighters to the Indian Air Force and, in 2014, we will celebrate the 50th anniversary of industrial cooperation between Russia and India. The partnership with India has always been exceptionally important to Russia and mutually beneficial, this holding for not only military and industrial cooperation. Following World War II, when India gained its independence from colonial rule and the question of its own armed forces and defence industry came up, Russia was the only country to lend it a helping hand and became its only partner. For our part, we have always treated India as a strategic and privileged partner. Irrespective of who leads the countries, the two nations share a belief that the relationship between Russia and India is not merely friendly but fraternal. I would say that we have no problems in our relations.

- How would you account for Russia’s warm attitude to India?

- First of all, there are no geopolitical reasons for this, although some say otherwise. Russia offers friendly support to facilitate establishment of a full-scale Indian state in all areas, including the defence sector. We assist India as an equal partner not only in such a sensitive area as security but also in many other sectors, including nuclear power.

- How has the military and technical cooperation with India progressed over the years? Specialists note that this cooperation has evolved from a ‘seller-buyer’ relationship to joint development and production of military equipment. Is that so?

- Not quite. From the very start, the military and technical cooperation between Russia and India was not a ‘seller-buyer’ relationship. When acquiring military equipment from Russia, India also bought licences to produce it domestically. The first five biggest production units of Hindustan Aeronautics Limited (HAL), including those in Nasik, Koraput, Bangalore and Hyderabad, were built by Russia. At various times, we shave shared technologies to produce the MiG-21, MiG-27, MiG-29, Su-30 fighters, the T-72 and T-90 tanks, the BMP-2 armoured personnel carrier, as well as fighter engines and ammunition. While other countries are only making their first steps in transferring technologies to India, Russia has been doing so for years. Furthermore, we are working on a fifth generation fighter aircraft (FGFA) and multirole transport aircraft together with Indian specialists.

- There have been repeated statements in India that Russia is losing the Indian market to other countries. Is that so?

- Some so believe but it is not true. Currently, India has an enormous demand and sufficient economic capacities to meet those demands. It is ready to buy more military technology and increase licensed production. For their part, Russian production capacities are limited. The domestic market is our priority and foreign supplies come second. We cannot meet India’s requirement for arms on our own: that’s what it’s all about. Besides, given the fact that it was Russia that created the Indian defence industry and that we have an increasing portfolio of licensing projects in India, no way will Russia abandon the Indian market. We have a very strong foothold here; we have taken root on the Indian market. We will continue providing all-round support for India on a mutually beneficial basis.

- Russia is rightly proud of its arms. What advantages do they have compared with military products offered by our chief competitors?

- Russian arms have won international acclaim over the last 60 years. Our competitors cannot deny this. We offer unparalleled products when it comes to usability, reliability and ease of use. This can be attributed to the hard experience we gained during World War II. The main quality of a weapon on the frontline is its reliability and ease of use, not the wires and plastic components it has. A soldier must operate the available weaponry effectively. Even the United States has to purchase our helicopters for combat use in Afghanistan. Our Mi-17 military transport helicopters operate in a hot and dusty environment without failure.

- Are there any data on the number of countries that buy Russian military products?

- We have established military and technical cooperation with more than 80 countries and we have commercial relations with more than 60. This is a very impressive number of partners.

- Can you name Russia’s main achievements during these 60 years of military and technical cooperation with foreign countries?

- The countries that have been buying Russian military products have been doing so in order to shore up their defence capacity and to protect themselves against real or potential threats by using Russian weapons. Wherever they are supplied, Russian arms always guarantee peace and stability. They equalise the positions of the aggressor and the potential victim. They deter the aggressor. Russian arms supplies strengthen the defence capability of individual countries and help keep peace in entire regions. Our buyers have never acted as aggressors; on the contrary, they have either been attacked or run the risk of being attacked. We have a responsible attitude towards arms exports and this is a major achievement of the last 60 years.

REFERENCE: Russia’s military and technical cooperation with foreign countries started on 8 May 1953, when the Council of Ministers of the USSR signed Resolution No. 6749 establishing the Central Engineering Department at the Ministry of External and Internal Trade. The new agency was responsible for the entire scope of military and technical cooperation between the USSR and other countries.

In 1985–1989, the Stockholm International Peace Research Institute (SIPRI) reported Soviet military exports between $16 billion and $22 billion, making the Soviet Union a bigger arms exporter than the United States. In 1989–1992, Russia was among the seven biggest arms and technology traders globally, ranking second behind the United States, with exports totalling $41 billion.

Russia is currently the world’s second-biggest arms exporter. In 2012, Russia’s 26 organisations involved in international military and technical cooperation exported a total of $15.2 billion worth of military products.