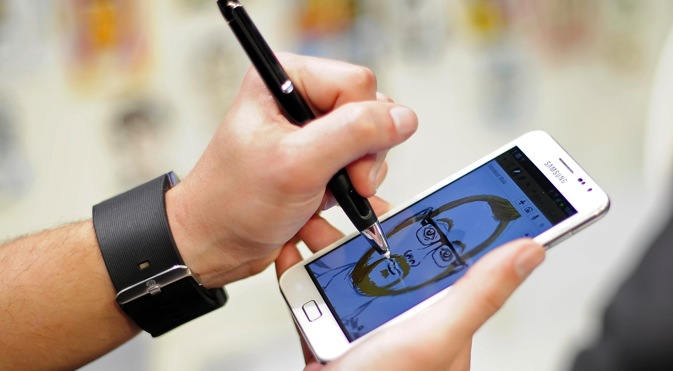 Ahead of his move back to Moscow, Vsevolod Rozanov, General Director, MTS India, talks about the expectations of parent company AFK Sistema’s Russian shareholders and Indian subscribers.

Vladimir Yevtushenkov’s AFK Sistema corporation has already spent $2.8 billion on its most ambitious international project, aimed at penetrating India’s mobile market, and another $1 billion or so will be required before the project breaks even. After recovering licences lost during last year’s corruption scandal, MTS India has abandoned its pan-Indian strategy to focus on data transmission services in the nine most lucrative regions. In an interview Vsevolod Rozanov, General Director, MTS India elaborates on the company’s plans in India.

Vsevolod, did you anticipate last year’s corruption scandal in the Indian government would result in licences being recalled from mobile operators?

While the Supreme Court ruling didn’t come as a complete surprise, only a couple of weeks before it was issued had it become clear that it would be so harsh. It was followed by a complete overhaul of India’s frequency use regulations and pricing. In our dialogue with the Indian authorities, AFK Sistema and MTS India insisted all along that we were ready to continue working in the country but that we demanded to be treated in accordance with the level of investments we were making. Market players called India’s frequency fee totally unjustified and impossible to recover: $678 million, less the $296 million paid in 2008.

What was more important to you: taking part in the second auction on economically efficient terms or obtaining the frequencies at any cost and safeguarding AFK Sistema’s reputation?

We were not prepared to pay the amount set at the first auction last autumn. By the time of the second auction, in March this year, the bar had been lowered to a quarter of the original price. Nonetheless, we still consider the frequency fees to be too high and economically unjustified for a country like India. But we didn’t have room for further improving the terms. If we had refused to participate in the tenders, the court wouldn’t have extended the licences and we would have lost everything we had created over all those years. As a result, the regulator has offered us acceptable terms that allow us to operate in nine regions out of 22. We have received credit for earlier licence payments and an instalment plan has been established for the balance. Plus, the licences have become technologically neutral. Perhaps we could have been avoided moral damages and reputational risks if we had avoided this whole situation in the first place but, going forward, we would have had to pay the first auction’s price for transition to a 4G LTE network. All those considerations prompted the management to recommend the shareholders to continue operating in the country and the shareholders to accept this recommendation.

Are you returning to an active growth stage after a year of downtime?

Out of India’s 22 regions, we have selected the nine either most promising or least loss making. By abandoning 13 regions, our company has reduced its revenues by 25 percent but cut losses by 40 percent. Also, by taking part in the tender, we were able to obtain an additional frequency band in the selected districts. The situation has improved qualitatively. That’s why I believe that, overall, we are in a better position now than we were before the crisis.

When we first started investing in India, this was a quite attractive standard. But it soon became clear that equipment manufacturers weren’t planning to invest in the technology’s development beyond Rev. B and the shareholders and management of SSTL (Sistema Shyam Teleservices Ltd, AFK Sistema’s Indian cellular subsidiary - Ed.) faced the question of what to do next. The new technological neutrality, a five-year extension of the licence term (the new licence is valid for 20 years), and an increase in carrier frequencies are all extremely positive for our business. Most importantly, the transition to LTE won’t require big outlays on our part because the equipment we purchased for the CDMA network can be used to build an LTE network two or three years down the road.

Before the licences were recalled, you estimated the annual investment at $200 million; what are your projections for 2013?

We are expecting no more than $20 million a year. There was no need for an investment programme in 2012, amid all the uncertainty. Now, having abandoned our plans for regional expansion, we are able to meet subscriber needs for years ahead without significant expenditures.

When do you expect the licences and investments to pay back?

We understand that demand for data services is in an embryonic state but it will be growing in the future, including on the back of smartphone and modem usage. An LTE rollout business plan will appear once we see that explosive growth of data traffic is due. Even now, India’s mobile penetration is approaching 80 percent, i.e., the country of 1.2 billion people has 900 million mobile phone subscribers. Smartphone supplies now account for just 6 percent of the total number of mobile phones and fewer than 10 million people use modems. We are at the very beginning of the road. At the same time, land-line penetration is minimal, especially outside metropolitan areas.

What is the price threshold for an Indian subscriber to become a data services user?

The cheapest smartphone costs about $80. The success of mobile operators in India will depend on a balanced product line that must include Samsung, one or two strong local brands, and proprietary branded handsets.

What ARPU growth do you expect from data services?

I believe revenue per user will grow minimally over the next year, to 5–7 percent; we are mainly counting on an increase in the number of voice and data service users. The traditionally low ARPU is attributed to the number of operators on the Indian market and the phenomenon of subscribers using several SIM cards at once. While the average user spends quite a lot on mobile communications: between $8 and $12 a month, their wallets are distributed among many operators. Consequently, if the number of operators starts declining, the remaining ones will see their revenues increase; but I don’t see a lot of room for ARPU growth, not even in the data segment. This indicator will remain at around $4–6.

What, in your opinion, can an operator do to attract Indian subscribers?

It’s important to convince Indian subscribers, like any others for that matter, that they are getting value for money. They should feel that they have got one up on the operator somehow. In this case, they will feel inner comfort and satisfaction. Indian mass-market subscribers are essentially focused on bargain-hunting and that’s what all marketing offers from operators must demonstrate, rather than their product’s unique features or quality, as in some other countries. MTS India focuses its efforts on promoting data services via modems and smartphones. Voice services are important to us in terms of revenue and achieving a positive OIBDA, but we understand that subscribers with an ARPU of $1–1.5 will find it difficult to switch to LTE services in the future. Voice subscribers are important in the short term; going forward, they will either move up to another segment as their incomes rise or the attention paid to them will weaken. Now we have to concentrate on segments and assets that will be useful for LTE in the future.

Do you expect consolidation of the Indian market and alliances between operators after the auctions?

Every player on India’s telecom market is preaching the importance of consolidation right now, since the market cannot sustain all nine operators. Yet the exceedingly ineffective legislation, which hampers mergers, is slowing down practical actions. The deterrents include international operators’ lack of interest in investing in India, as well as the operators’ very high debt burden. Consolidation of players will definitely begin within the next year or two, yet it’s still unclear how exactly this process will unfold. Banks could act as catalysts, since the industry, burdened with excessive debt, is running a very real risk of insolvency, especially of smaller players. Big American and European investors have adopted a wait-and-see attitude towards the Indian market. I hope the situation will change because the market needs consolidation and, unless it is achieved in a civilised manner, small players could face bankruptcy.

Won’t your adopted strategy of operating in selected regions prevent you from participating in a future market consolidation?

I don’t think so. We have selected the most promising regions in terms of data services. What’s more, by taking part in the auctions, we have essentially blocked the emergence of a new player in the states where maintain a presence because there are simply no frequencies to support a new operator. We are confident that, by concentrating our efforts on the selected regions, we will be able to achieve normal financial performance and make our business more attractive faster.

Will Sistema gradually reduce investments in its Indian subsidiary?

SSTL’s development strategy assumes that losses will decrease by the year; accordingly, the need for Sistema’s investments will gradually fall, too, especially before the transition to LTE. There is almost zero need for capital expenditures because we currently have a huge amount of idle equipment in the abandoned regions, which can be used to reinforce our network. What remains are small expenditures on connecting new users and on marketing, which will pay back within the next couple of years and allow us to achieve a positive OIBDA.

During your five years in India, has the frequencies story been the most difficult aspect or is every day a challenge?

The situation surrounding the recall of frequencies was, above all, difficult emotionally. Indians are very emotional people and they change their attitudes fast, depending on external factors: they observe how management behaves and what the papers say. And, amid the overall uncertainty, when operators were laying off staff and going out of business one after another, criminal prosecutions were being initiated and company executives were being thrown into prison, we had to maintain confidence in our partners and employees and demonstrate cohesion and stability. I must say that we have succeeded in this: we kept our business and hired more people than we lost last year.

Effective 1 June, you will resign as SSTL President and will be joining AFK Sistema. Dmitry Shukov, formerly of MTS, will take over the reins at the company. What promoted this decision?

I have worked at SSTL for almost five years and, in all modesty, the company has grown from an operator working in a single state into a visible player on India’s telecom market. Now that the licences saga is over and the company’s focus is shifting on to sales growth and achieving a positive operating income, the time has come for me to hand it over to a new top executive and to concentrate on other tasks. In any case, I will remain on SSTL’s Board of Directors and will continue to be involved in the company.