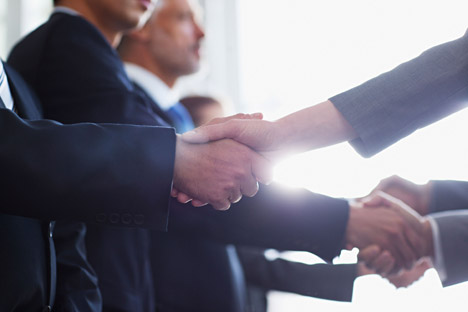 The first four months of 2013 witnessed a fall in bilateral trade between Russia and India with the Russian Ministry of Economic Development putting the number at $3.2 billion, a decline of about 27 percent from the previous year. Financial analysts, however, believe that the two countries are on the right track and have the potential to reach the $40 billion in the next few years.

Exports from Russia to India fell by 37 percent in from January to April 2013, while imports actually rose by 12.7 percent.

There are two factors that explain the downturn in bilateral trade, according to Narek Avakyan, an analyst with Aforex. There is a general decline in business activity in Southeast and South Asia, and Indian purchases of Russian-made weapons are effectively drying up.

“I am somewhat perplexed by the failures of Russian arms on the Indian market. The two countries have a long history of military cooperation, and India has been purchasing Russian-made defence products for years. Russian military products are some of the most competitive in the world, even outstripping the United States. It could have something to do with the desire to cut costs (it’s well known that European manufacturers are lowering their prices because of the crisis),” Avakyan said.

Away from the defence industry, Russian exports are suffering because of poor trade routes and reduced economic activity. “All the same, $15–16 billion in bilateral trade is hardly through the roof for such large economies. In spite of all the difficulties, I believe that trade between Russia and India has the potential to reach $40 billion, and this should happen within the next three to four years, assuming a favourable macroeconomic climate in both countries,” Avakyan said.

One important factor in bilateral trade is the Indo-Russian Bilateral Investment Promotion and Protection Agreement (BIPA), which was signed in 1994. Moscow has requested New Delhi to amend the agreement with clear safeguards to protect large scale Russian investments.

“We actually suggested that our Indian colleagues modernise our current agreement to some extent,” Ekaterina Mayorova, a senior official of the Russian Ministry of Economic Development told RIR. “This agreement was signed in 1994, and since that time our approaches towards concluding agreements on protecting investments have changed several times, and the standard text with which we start negotiations has changed too,” Mayorova added.

“Bilateral Investment Promotion and Protection Agreements with various countries, including Russia, are currently under review by the Ministry of Finance,” India’s Minister of State for External Affairs E Ahamed said in May.

“The fall in trade is nothing more than an illusion, as it is largely connected to the fact that India made substantial payments for Russian military goods and services in the first quarter (of last year), giving the impression that bilateral cooperation between the two countries is far less favourable than is actually the case,” RBS President and investment expert Timofey Sholtes told RIR.

Sholtes believes that trade relations continue to develop at a high rate thanks to active dialogue and coordinated activities. “The fact that we have a long trade history with India is certainly important, but we can’t ignore the fact that each country has its own specific ways of doing business – one country has a high level of corruption, for example, while the other is not exactly transparent with its business processes. This creates some serious obstacles and hinders the development of joint business,” Sholtes said.

Significantly, their share of the export market increased from 53 percent in 2012 to 57.9 percent in 2013. Exports of pearl and precious stones and metals also increased (from 8.1 percent to 12.9 percent), while decreases were recorded in the supply of chemicals (from 18.2 percent to 5.9 percent) and metals and metal-based products (from 7.8 percent to 4.4 percent). India increased exports of chemicals, textile and footwear to Russia, and provided fewer automobiles, machinery and technical equipment

Analysts like FIBO Group’s Anatoly Voronin share the general optimism about Indo-Russian bilateral trade.  “There is room for increased cooperation in the military-industrial complex as well as in mechanical engineering, including nuclear power plant construction and the supply of technical and aviation equipment, and pearl and precious stones and metals,” Voronin said. “In return, India can supply medicines (one of the biggest areas), tea and coffee. They can also help set up joint enterprises (investment) in various fields including oil production enterprises such as Sakhalin-1.”

Sakhalin-1 remains the main Russian-Indian joint investment project on Russian soil, with ONGC Videsh Ltd owning the rights to 20 percent of the production.

The main Russian projects in India are the Kamaz truck assembly plant, which opened in February 2010 and the under-construction butyl rubber plant (jointly owned by SIBUR Holding and Reliance Industries), which will have a production capacity of  100,000 tonnes a year.

Aviation is another area of strong potential between the countries. A preliminary agreement has been reached with Aviotech on the delivery of ten Sukhoi Superjets to India, with the end users assumed to be Air India and Go Air. The Russian side has also expressed interest in cooperating in the production of individual components for the Irkut MS-21.