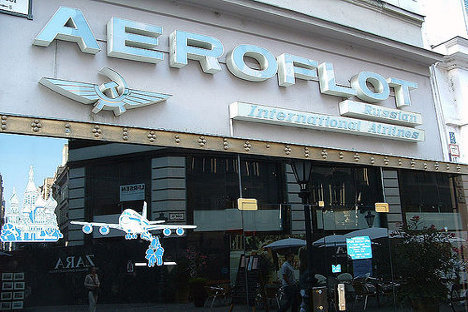 Aeroflot is the first Russian company that Manchester United has signed a contract with at the club level. Source: Flickr/ Carmen Alonso Suarez

The Russian aviation company will be able to use the storied franchise’s logo in its advertising and marketing campaigns.

Aeroflot and English football club Manchester United signed a five-year contract with effect from July 1, 2013, where the Russian airline will be the official carrier of the storied franchise.

The amount was not disclosed for the contract, under which Aeroflot will be able to use the Manchester United logo in its advertising and marketing campaigns. The Aeroflot fleet even will gain an aircraft with the Manchester United logo. The airline will also use images of the players in its advertising. For example, Turkish Airlines, which was the official carrier of MU for the past few years, made a few advertising videos with players from this legendary club.

Manchester United is the most successful English football club, it has won the country championship 20 times, including in the 2012/13 season. The club has tens of millions of fans around the world, therefore, MU is attractive to advertisers. The company about two dozen sponsors in various categories and regions. In the 2011/12 financial year, the club received over $94 million in sponsorships, 15 percent more than the previous year.

“There are a number of marketing campaigns that we are now developing with Aeroflot. Some of them involve our players from the first team,” a Manchester United spokesperson told Izvestia. “We cannot disclose any details yet, but look forward to working with our new official carrier.”

However, Aeroflot will not be a real carrier for MU. It will "provide MU with professional organisation and strategic advice regarding transporting the team and club representatives” and, “as appropriate,” provide charter flights, according to the company's press release.

“One might think that Aeroflot will set up these flights as exclusive non-commercial charters as part of sponsorship assistance,” remarked Alexei Sinitskii. “Then there won't be any particular difficulty coordinating flights from the UK to most of the countries that interest MU, aviation law in these countries provides for many types of charters, and no one's commercial interests will be affected.”

Aeroflot is the first Russian company that Manchester United has signed a contract with at the club level. However, the former "daughter" company Vimpelcom in Southeast Asia remains a partner of MU in Vietnam, Cambodia and Laos.

The Russian airline found an unusual use for one of its jetliners, a Sukhoi Superjet 100 (SSJ-100). Having received official carrier status of the English football club Manchester United (MU), the airline is going to exhibit one of its aircraft near Old Trafford stadium - the home arena of the legendary team, announced an Aeroflot representative to Izvestia.

“The decision is not final, but there is a preliminary agreement with the English side,” he said. “The plane, of course, will be painted in Aeroflot colours.”

At the time the Superjet 100 was purchased from Sukhoi Civilian Aircraft, the catalog price of one jetliner with the basic configuration was $26-27 million. And for a new, fully equipped Sukhoi Superjet-100, Aeroflot has to pay the WEB-Leasing company approximately $165,000 per month according to the airline's information. So, Aeroflot will have to pay about $2 million a year to be able to exhibit its own aircraft in Manchester.

“Aircraft can bring in income only when they fly, not when they are on the ground,” remarked Alexei Sinitskii, chief editor of the journal Aviatransportnoe obozrenie (Aviatransport Review). “Apparently Aeroflot is counting on a large payback from this exposure.”

The fans will not be able to ignore the Superjet: Old Trafford holds almost 76,000 people, and almost all Manchester United home games are sold out. In addition, many hundreds of thousands of tourists from all over the world visit the stadium each year.