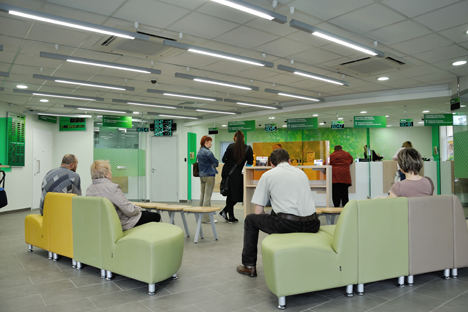 The share of Russians describing their skills in the field of finance as excellent is just 2 percent. Source: Lori / Legion Media

Russians are just beginning to use financial services, and many of the country's residents still lack basic knowledge in personal finance.

The name Lyonya Golubkov is well-known to many Russians from the 1990s television advertising campaign that encouraged millions of people to put their money into MMM, a vast financial pyramid whose subsequent collapse caused devastating losses.

Choosing investment instruments is still a problem for most Russians as the financial literacy of the population leaves much to be desired. Even though people became more cautious, new risks have emerged as the country's financial services market matures.

The government has been trying to increase financial literacy for six years, and this year the issue has been in the spotlight. General financial literacy and Russia's contribution to global action on it is on the agenda during the country's Group of 20 presidency this year.

The problem of low financial literacy is global, but compared with developed economies it is especially crucial in Russia, since the country's young financial services market is still in the formation stage, said Guzelia Imayeva, chief executive of the National Agency for Financial Studies.

Russians are just beginning to use financial services, and many of the country's residents still lack basic knowledge in personal finance, she said.

Despite breakneck development over the last 20 years, Russians' trust in the financial system remains low after the shocks of the 1990s, which saw a catastrophic default and a boom in financial pyramid schemes.

“People lost too much in the past,” Imayeva said. One of the most colorful examples of people falling victim to their low financial literacy is participation in so-called people's IPOs, Imayeva said. In one of the most high-profile cases, a heavily promoted share offering by state-controlled VTB bank in 2007 left more than 100,000 retail investors out of pocket after the bank's shares lost almost 50 percent of their IPO value over the following five years.

The share of Russians describing their skills in the field of finance as excellent is just 2 percent, according to the latest survey by the National Agency for Financial Studies earlier this year. Eleven percent of participants said they had good knowledge of finance, while 38 percent described their knowledge as satisfactory.

Thirty-two percent of respondents said they were not satisfied with their financial skills, while 18 percent acknowledged that they did not have any at all. The survey questioned 1,600 respondents in 46 Russian regions and has an error margin of 3.4 percent.

The basis of the financial literacy is personal budget planning and the careful calculation of costs, something that most of the country's population don't do, Imayeva said.

Many Russians demonstrate an irresponsible approach to personal finance by taking out loans without assessing their pay out options, Imayeva said. Others don't understand how to choose a lender and end up borrowing money under disadvantageous conditions.

Some banks confirm this trend.  According to a survey carried out by privately owned Uniastrum bank between February and June, 85 percent of its customers do not know their credit history, which increases their chances of falling victim to fraud.

However, both banks and experts say the situation is gradually improving. Sberbank said that many of its customers request individual financial plans. The bank created over 150,000 such plans over the first six months of this year. “This indicates a significant improvement in the financial literacy of the adult population,” the lender said in a statement last week.

At the same time, the government is focusing on young Russians. In 2011, the Finance Ministry launched a $113 million program to improve financial literacy, working with pupils, students and low and middle income categories of population. The government is setting aside $88 million from the federal budget to 2015. The remainder is being provided as a World Bank loan.

Officials hope that the investment will bring returns, since improving people's financial literacy is anticipated to help boost the country's economic growth.

“The [government's] measures will help reduce the number of bad loans, increase the popularity of bank loans, teach consumers to choose more carefully among companies providing financial services, and reduce the number of unreliable and unfaithful providers,” she said.