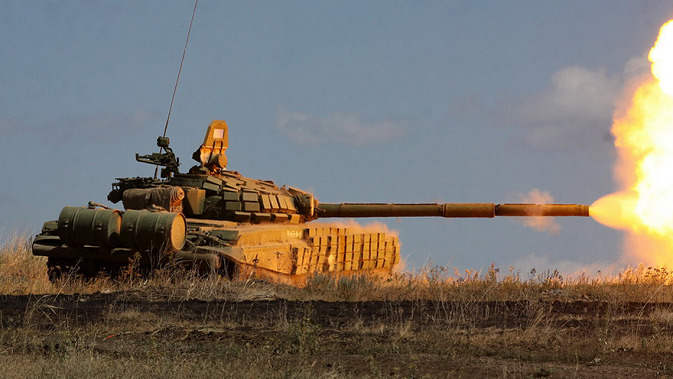 The disclosure of armed forces development and building plans could become a stage on the path toward the emergence of a civil society in Russia and progress toward public control over the army and navy. Source: Ministry of Defence of the Russian Federation / mil.ru

Military officials disclose plans online for the development of the army and navy.

Striking changes have started taking place in Russia’s armed forces since Sergei Shoigu took over as defense minister. For example, two weeks ago, the military posted what until then had been top-secret data online — specifically, the nation’s army and navy development and building plans through 2020.

Truth be told, this didn’t happen overnight, but had been preceded by a discussion of those plans at a board meeting of the Defense Ministry.

In addition to the board members — including deputy ministers, commanders in chief, branch commanders, as well as the main and central divisions chiefs — the minister invited commanders from military districts, fleets, armies and other military administration bodies.

As well, there were representatives of the Defense Ministry’s Civil Council, including the Moskovsky Komsomolets editor-in-chief, Pavel Gusev, and the head of the security commission of Russia’s Civic Chamber, Alexander Kanshin.

The board meeting reviewed the results of a surprise inspection of the combat readiness of the air force and the aerospace defense forces at the end of May, the recruitment of professional servicemen for the army and navy, and, most importantly, a draft of the Defense Ministry’s comprehensive plan for carrying out presidential decrees concerning the improvement of military service and Russian armed forces development plans.

Curiously, those plans had been posted on the Defense Ministry’s website before the board had a chance to discuss and approve them.

According to the Defense Ministry’s press and information department head, Maj. Gen. Igor Konashenkov, all comments on those plans will be immediately posted on the website without modification (except for any offensive language, of course) and forwarded to the commanders to whom they are addressed.

Naturally, armed forces development plans will always have classified sections that no one is going to post online. However, according to military experts, more than enough non-classified data has already been disclosed.

For example, anyone interested could learn how and when contract crews will be recruited for submarines and surface vessels. The plan sets a December 2013 deadline for this goal.

Technical specialists — drivers, mechanics, operators of the most technologically sophisticated systems and weapons — must all be recruited by the end of 2017.

A total of 425,000 professionals are expected to serve in private and junior commander positions by 2020.

Army Gen. Valery Gerasimov, chief of the General Staff of Russia’s armed forces, told the board meeting that this year’s plan was to recruit professional soldiers for five brigades, including four motorized infantry and one paratrooper assault brigades, one regiment, 14 special-purpose detachments, 27 paratrooper battalions and seven marine battalions.

Data on combat equipment and arms supplied to the armed forces are interesting too. For example, 47 percent of all submarines listed in the State Armament Program through 2020 are to be delivered this year.

Military analysts will understand what and how many submarines are covered by this percentage, given that two Borey-class Project 955 strategic submarine cruisers carrying 16 strategic Bulava missiles are to be delivered this year, in addition to one Yasen-class Project 885 multi-purpose nuclear-powered submarine.

Two diesel-electric Amur-class Project 636 submarines are scheduled for delivery next year, as well.

The same kind of analysis could be applied to the percentage of surface vessels scheduled for delivery to the navy, the fighters and frontline bombers planned for the air force, or the Iskander-M theater missile systems, tanks, self-propelled artillery systems, multiple rocket launchers and other armored equipment intended for the ground forces.

As a matter of fact, Gen. Gerasimov made the task even easier when he revealed a “military secret.” He stated that the troops would be receiving between 70 and 100 aircraft per year, more than 120 helicopters, eight or nine surface vessels and submarines, and up to 600 units of new armored equipment.

Those plans also include deliveries of the most advanced and experimental equipment and arms, repairs and upgrades of all military hardware, the construction and reconstruction of training centers, ranges, and residential quarters, and many other things.

Gen. Gerasimov said the mass delivery of experimental arms would begin in 2016. Before that, development will be completed on the following: the new Armata tank and the Kurganets IFV and APC in 2015; the T-50 Prospective Airborne Complex of Frontline Aviation, the S-500 anti-aircraft missile system and a corvette in 2016; and a new-generation destroyer in 2018.

The question is: Why did the generals put these plans online? The answer is multifaceted. On the one hand, Presidential Decree No. 603, dated May 7, 2012, mandates such openness.

On the other hand, the disclosure of armed forces development and building plans could become a stage on the path toward the emergence of a civil society in Russia and progress toward public control over the army and navy.

Now that Sergei Shoigu has become defense minister, such control seems to be within reach.