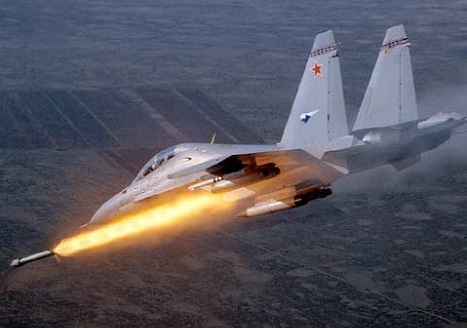 Two Su-30MKI fighter planes are now being modernised by Hindustan Aeronautics Limited. Their full-scale mock-ups have already been made and delivered to India. They will be tested before December of this year.

According to Pillai, the first launch of an airborne BrahMos missile is scheduled for June 2014. He expressed hope that the Su-30MKI jet fighter armed with BrahMos missiles would be ready in September 2015.

Pillai told Itar-Tass that Russia would surpass its competitors in terms of military-technical cooperation with India only if the two countries created more joint ventures.

In 1960s-1980s India was completely dependent on contracts with the Soviet Union and use of Soviet technologies. After the Soviet Union’s   breakup, other countries started supplying arms and hardware to India, and Russian-Indian military-technical cooperation decreased, he said.

Pillai believes that Russia and India should have understood that the two countries need to create more joint ventures to design and make military products. In his opinion, the development of the BrahMos supersonic cruise missiles is a successful example of such cooperation.

“India and Russia are big friends. I would even say that Russia is the only true friend of India. And if we want to keep military-technical cooperation at the previous levels, we have to create more joint ventures, especially where it concerns high-tech products,” Pillai said.

This would allow Russia to go far ahead of its competitors in India, he added.

Pillai is confident that the BrahMos missile project can be considered successful only if the missiles are bought by both Russia and India. At the moment, only India is buying them. He said this issue is being discussed at different levels and expressed hope that Russia would make a positive decision.

The missile performed high-level “C” manoeuvre at pre-determined flight path and successfully hit the target. The surface-to-surface missile, having a range of 290-km, was test launched from the Russian-built Project 1135.6 class warship.

BrahMos cruise missiles have been adopted by India's Army and the Navy’s surface ships. The Indian Air Force has also ordered a batch of land-based missiles. Work is also underway to adapt the missile to Su-30MKI planes used by the Indian Air Force.

“A state with such weapons has a serious combat capability,” he said. The joint venture has designed a new version of the supersonic cruise missile of the same name that can be launched from submarines.

“The missile is ready for use from submarines,” Alexander Maksichev, managing co-director of the joint venture, told Itar-Tass. The missiles are intended for use aboard the Scorpion-type submarine, for which the Indian Navy has placed orders in France. The Russian-Indian joint venture BrahMos has designed a new version of the supersonic cruise missile of the same name that can be launched from submarines.

“We have proposed that these submarines be armed with BrahMos missiles too,” Maksichev said.

The BrahMos missile has a flight range of up to 290 kilometres and is capable of carrying a conventional warhead of 300 kilograms. The missile can cruise at a maximum speed of 2.8 Mach.