Behind the Kalashnikov phenomenon 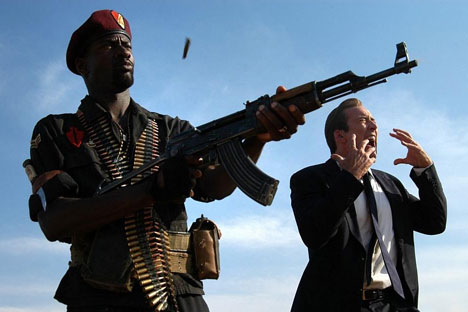 What are the reasons for the unprecedented popularity of the AK-47, and how did it influence the world firearms market?

The Kalashnikov, or AK-47, is universally acknowledged as one of the three greatest inventions of the 20st century. The rifle radically changed the world, alongside the Wright Flyer and the Ford Model T.

It is the most ubiquitous weapon on the planet, and its numerous modifications are used by dozens of armies around the world. The secret of the Kalashnikov's popularity is in its unrivalled combat parameters.

The AK-47’s inventor, Mikhail Kalashnikov, managed to strike an optimal balance of high effectiveness and exceptional combat reliability in his design. The assault rifle features a very easy-to-strip mechanism with virtually no screw or thread joints, an ingeniously simple design. 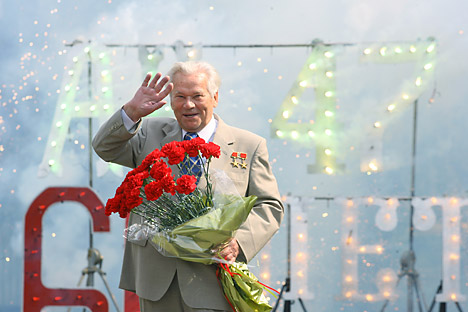 It also has an unfailing extraction of spent cartridge cases, high tolerance to fouling, and reliable operation in any climates.

Once, at an international arms exhibition, a Kalashnikov on exhibit began making loose sounds after a protracted firing demonstration. The assault rifle was stripped, and a torn-out casing bottom found inside.

This foreign object had not interfered with the weapon's normal operation in any way. "You only need an eye and an index finger to fire an AK-47," Kalashnikov used to joke.

Soldiers all over the world use only superlatives to describe the AK-47. Kalashnikov used to explain that back in 1947, he had solved the problem of creating a weapon whose mechanism would be understandable to the ordinary soldier. There is not a single superfluous part to the Kalashnikov's design, with the exact place of each component intuitively and unmistakably identifiable.

"I once heard at a symposium that around 30 percent of all U.S. battle losses during the Vietnam war happened through faults of service-issue firearms,” Kalashnikov once said.

“No such statistics exist for the AK-47 because there simply is no cause for doubting its reliability. It has been known to perform as intended in the harshest operating conditions, in dirt and dust, in high humidity and sweltering heat."

According to estimates, more than 100 million Kalashnikovs in various modifications have been produced during the design's 60-year history. The weapon is in service with more than 100 armies. It is produced, or used to be produced, in Bulgaria, China, East Germany, Egypt, Hungary, Iraq, North Korea, Poland, Romania, and Yugoslavia.

"Once, at the Vystrel officer training school outside Moscow, a group of leading Soviet firearms designers, including myself, got to speak before students from Socialist and developing countries," Kalashnikov said once in an interview.

"As soon as I had finished my talk, the Mozambican defense minister rose from his seat – a robust African man with a small flag in his hand. 'I would like to gratefully remind the esteemed inventor that his assault rifle can be found on the flag of our young republic, symbolizing our freedom fight against the foreign imperial yoke. Pictured beside it are an open book, the symbol of our fight on illiteracy, and a hoe, the symbol of our liberated labor.'"

The only firearm that comes close to the Kalashnikov in terms of mass production is the Belgian FN FAL battle rifle, invented four years after the AK-47. The FAL is in service with the armies of 55 countries, and has been in production in 13 countries across the globe.

Another mass-produced weapon is the U.S. M16 rifle: around 10 million have been built in various variants, and are in service with 27 armies. Some armed forces use both the M16 and the Kalashnikov.

In March 2001, Joe Ancona founded the Kalashnikov Collectors Association in Arizona to bring together enthusiasts of Kalashnikov designs. There are currently more than 60 members from the U.S., Japan, Switzerland, the U.K., Germany, and Russia.

They share the conviction that the AK-47 is an ingenious and unrivalled weapon. And, of course, each collector secretly dreams of inventing a design that would beat Kalashnikov's masterpiece.

Kalashnikov once said he would be the first to offer his hand to anyone who could create a better assault rifle than his. "But here I am, still standing with my hand outstretched." 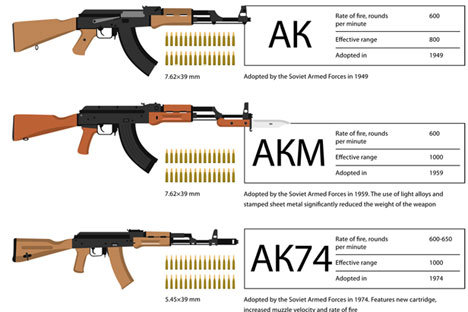