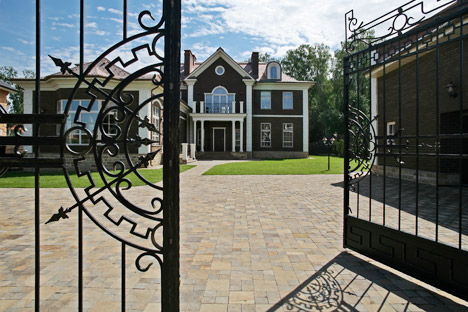 Next in line is a tax on property, which was drafted by the Finance Ministry in 2013. Source: Itar-Tass

A recently introduced tax on luxury cars, could be the first in a series aimed to addressed inequalities in the country.

Facing a growing gulf between the haves and have-nots, the Russian Government is looking at greater measures to tax the country’s rich.

A new tax has been introduced on vehicles worth over $90,000, with the rate varying on the age of the car. On average, a vehicle owner will have to pay around $3,000 to $4,000 a year. While this looks like a potent measure, the problem is that there aren’t that many luxury cars in Russia. Sergey Udalov, executive director at the Avtostat analytical agency, says only about 1,000 such vehicles sell every year in the country.

Alexander Galushko, president of the Business Russia public organization, says the new tax is unlikely to bring more than $120 million in extra budgetry revenues. Compare this with the luxury tax in France, which annually adds more than $2.5 billion to the national budget.

Russian state officials agree the luxury tax will not yield as much money as similar taxes abroad, but argue that this is not its intended purpose. Deputy Finance Minister Sergey Shatalov says it is more of a measure to re-establish social justice.

Russian President Vladimir Putin said in 2013 that the gulf between the poor and the rich remained an extremely painful problem for the country. He instructed the government to propose a set of bills that would establish so-called luxury taxes.

According to Credit Suisse, Russia's 110 billionaires collectively control 35 percent of the country's resources.

The luxury tax idea first emerged a few years earlier. Back in 2007, the ‘A Just Russia’ party proposed to classify the following as luxury items: all vehicles, aeroplanes, helicopters, yachts, and boats worth over $60,000, jewellery and art objects worth over $9,000, apartments, country houses, and land plots worth over $450,000.

Most Russians support the idea. According to a VTsIOM survey of 2012, 70 percent of those polled were in favour. Interestingly, only around 50 percent of those who described themselves as being wealthy approved of the initiative.

Next in line is a tax on property, which was drafted by the Finance Ministry in 2013. This one will be introduced gradually, over a span of several years. The size of the tax will depend on the cadastral value of the property. The owners of apartments and houses valued at $9 million and higher will have to pay the most.

Some experts believe the $9 million threshold to be too high. They point out that only around several hundred such properties can be found in Russia. “The main problem with introducing a cadastral luxury housing tax is that far from all the Russian regions have current cadastral registries,” says Anton Sonichev with the law firm Nalogovik. “If there is no cadastral data on all properties, then some of them will slip between the cracks.”

India also faces the problem of growing disparities between the rich and the poor and its wealth tax act has been amended several times.

India’s wealth tax which targets “unproductive, non-essential and idle assets,” is essentially aimed at gold and property.  Those with second homes and haven’t given them on rent, are liable to pay the tax, but a deduction can be claimed from an outstanding loan. The tax also covers gold and silver owned and even cash kept in a locker.

The rate of the wealth tax is 1 percent of the combined value of the termed assets that exceed Rs 30 lakhs (Around $48,000).

Under a new proposed Direct Tax Code, a new wealth tax is likely to be levied on those with a net worth of over Rs 50 crores (around $8 million) at the rate of 0.25 percent of their wealth.