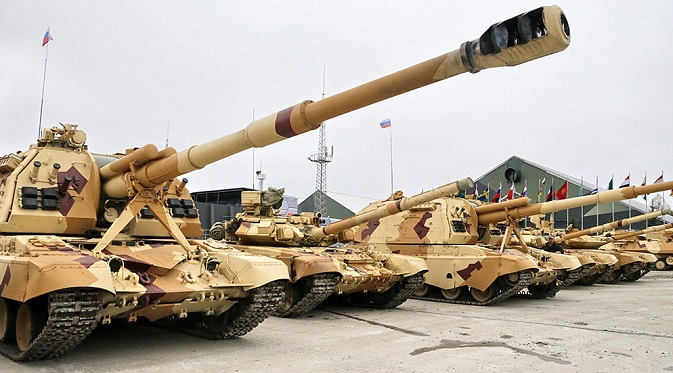 The Russian defence export company is offering a wide range of products to all three wings of the Indian armed forces at the defence exhibition, which begins on February 6 in New Delhi.

Rosoboronexport is looking to expand cooperation with India and is focussing on joint production and development with the country, the Russian company said on Wednesday. “Expanding joint development and production efforts on weaponry and military equipment will be among the key topics during talks between Rosoboronexport and Indian partners,” at the Defexpo India 2014, Rosoboronexport said in a press note.

“This is India’s biggest arms exhibition and therefore Russia will be presented here on a large scale,” Ivan Goncharenko, First Deputy General Director of Rosoboronexport said in the press statement. “Clearly, we’re planning to promote a large number of army and naval equipment, air defence systems and aircraft models at Defexpo India. Moreover, in almost all cases the upcoming talks are directly related to setting up joint ventures, establishing licensed production, and transfer of technology – precisely such cooperation is the mainstream of our bilateral relations.”

Rosoboronexport said it would hold talks with Indian partners on current and future projects, including upgrading of previously delivered equipment, including the BMP-2 infantry fighting vehicles, T-72 and the T-90S tanks. The company added that it expects to discuss the progress of the tender to supply self-propelled artillery systems. “Among its contenders is the Russian upgraded Msta-S 155mm self-propelled howitzer, which is undergoing trials in India. The howitzer’s chassis has a high level of commonality for components and units with the chassis of the T-90S MBT, whose licensed production has already been mastered at India’s Heavy Vehicles Factory in Avadi,” the company said in the statement.

The ongoing work on setting up a Russian-Indian joint venture to manufacture rocket projectiles for the Smerch multiple launch rocket system may be considered a promising new area for mutually beneficial cooperation on army weapons, Rosoboronexport said.

Offerings to the Indian Navy

After-sales service of the INS Vikramaditya will be among the naval issues to be discussed at the expo, the Russian company said, adding that it was ready to continue consultations to promote the Amur-1650 diesel-electric submarine within the upcoming tender for design and construction of the Project 75I submarines for the Indian Navy, as well as to supply an additional series of Project 11356 frigates.

“Russian patrol and landing craft, ship weapon systems, Bal-E coastal missile system, and a variety of radar and sonar coastal zone surveillance systems have also good prospects in the Indian market,” Rosoboronexport said. “The Be-200 multipurpose amphibious aircraft offers a number of advantages over the competitors within the upcoming Indian Navy’s tender to purchase amphibians for reconnaissance and search and rescue operations and transport service between the island territories.”

For the Indian Air Force, the Russian exporter is offering the Ka-226T light utility helicopter, which is a strong contender in the Indian tender to supply 197 reconnaissance and surveillance helicopters.

Rosoboronexport, a subsidiary of the Rostec Corporation, is the sole state-owned arms trade company in the Russia authorized to export the full range of military and dual-purpose products, technologies and services.