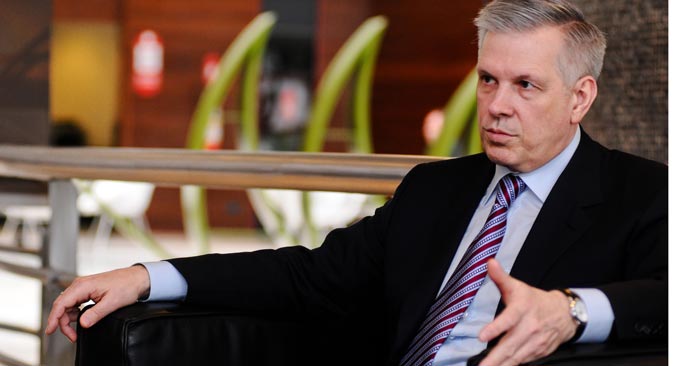 Russia is considering the possibility of opening its market to egg powder from India. Authorities are also considering lifting restrictions on import of Indian fish products and working out a common BRICS strategy regarding food exports to the EU.

One of the most popular salad dressings and ingredients of holiday dishes—mayonnaise—will soon be produced in Russia with the involvement of Indian suppliers. The agricultural watchdog Rosselkhoznadzor is considering the possibility of opening the market to Indian manufacturers of egg powder. “This topic is currently at the stage of ‘deep discussion,’” said Sergey Dankvert, the head of Rosselkhoznadzor.

The discussion started within the context of a broader dialogue about manufacturing. Russia became interested in India’s experience with overcoming restrictions on the European pork market. Several years ago, Delhi encountered practically the same challenges by the European Union that Moscow is currently facing. Vasily Lavrovsky, Rosselkhoznadzor’s head of the Directorate for Inspection Activities within International Cooperation and WTO in the Veterinary Sector, was recently in Delhi. “We [Russia and India] are in negotiations. The Europeans did not win the dispute, and India was right. Therefore, we are comparing our viewpoint with colleagues and voicing our concerns,” Dankvert said.

Taking advantage of the opportunity, the participants in the talks decided to compare their plans and are now considering the possibility of opening the market for the first time to the import of egg powder from India. “Our Indian colleagues have sent abundant materials, and we are currently comparing positions. We may open the market to egg powder within a month, or perhaps faster. We are in the process of examining all the formalities,” Dankvert said.

Egg powder is in high demand on the Russian market. It is used in the manufacture of confectioners’ products and semi-finished meat products, but the major item is mayonnaise—the most popular dressing in Russia for salads and such popular dishes as dressed herring, Russian salad and many others. Vassily Yakimkin of the FIBO Group said that more than 80 percent of the egg powder that is sold in Russia is made by Russian companies. The rest is imported. According to Rosselkhoznadzor data, in 2013 Argentina was the top exporter of yolk powder into Russia, providing 522.9 tonnes. Belarus was a distant second, supplying 50.6 tonnes. Yet Russia’s nearest Customs Union neighbour is the largest supplier in the segment of dried hen eggs—157.9 tonnes.

There is no shortage of egg powder on the Russian market, said Roman Grinchenko, an analyst at Investcafe. Russian poultry production has been heavily promoted since around the mid-2000s, and this has boosted production volumes. However, accession to the WTO triggered a price increase on chicken feed, which led to an appreciation of domestic egg production and, consequently, to a jump in the price of egg powder. Moreover, the weakening of the rouble has not yet exerted a significant influence on this segment of the market.

The current price of egg powder on the domestic market is around 115 roubles per kilogram. Grinchenko anticipates that opening the Russian market to Indian imports will lower prices and hurt the financial performances of Russian companies, as supply will spike while the market has a low level of profitability. “If it is released on our market, this will create big problems for Russia’s regional poultry farms. They won’t be able to compete with Indian prices,” Yakimkin said. In his view, in order to withstand competition with the Indian manufacturers, the Russian manufacturers will need to lower the quality of the product, and this will make it possible to cut the prime cost of production.

According to Dankvert, Russia is now also considering the possibility of lifting restrictions on the import of fish products from India. In January 2014, Russia prohibited the import of pangasius from Vietnam. A major gap then appeared on the market, especially the low-price segment, and this gap has now been filled only by Chinese tilapia. However, Russian producers have complaints about this fish, as it is sold with an excessively large amount of glaze.

Russia and India have other reasons to expand their cooperation in the food products sector. According to Dankvert, in the next three to five years, the European Union—more precisely, Eastern Europe—will experience a pork shortage due to the spread of African swine fever in pork, and the BRICS partners can develop a unified position in this area. “Participants in the negotiations noted that some trade partners, particularly the EU, often resort to double standards when it comes to marking safe zones related to animal diseases on their own territory and on the territory of their trade partners,” Rosselkhoznadzor stated. In addition, Dankvert recalled that India could be a major supplier of beef (India exports buffalo meat). A third partner in the BRICS bloc, Brazil, also has substantial production capacities in this sector, but domestic businesses often use ractopamine, a muscle-mass growth stimulant that is banned in the European Union and Russia. “We gave Brazil the option to do special programs in Russia (meat without traces of ractopamine). The EU nevertheless will need to open to them. We are all working together, and I think that’s productive,” Dankvert said.