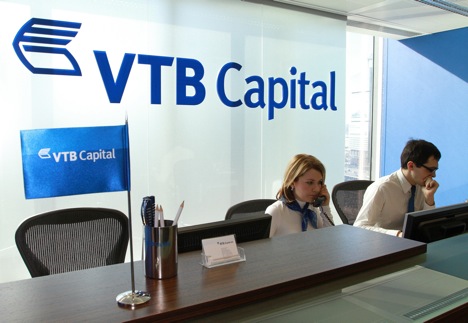 VTB is likely to finance the buyback by funding Essar Global with a $300 million loan. Source: Getty Images / Fotobank

Vneshtorgbank, Russia’s second largest bank may invest more than $1 billion in helping the Ruia brothers buy out minority shareholders in the London-listed company, according to a report in the Economic Times.

Vneshtorgbank (VTB) is in advanced negotiations with Indian industrialists Shashi and Ravi Ruia of the Essar group for an investment of more than $1 billion to help buy out minority shareholders in Essar Energy Plc, the Economic Times reported on its website.

The paper said Essar Global Fund Limited, the investment vehicle of the Ruia family and the parent of Essar Energy suggested recently that it was pondering over delisting the company, and even made an informal offer of 70 pence a share to buy back the outstanding 300 million shares representing 23 percent of the company in the hands of minority shareholders.

Essar has to make a final offer by today, according to the report, which added that the company is working out a strategy before its deadline ends. VTB is likely to finance the buyback by funding Essar Global with a $300 million loan, the paper said, citing sources.

Russia’s second largest bank is also helping Essar Energy redeem $550 million of convertible bonds that trade on the London Stock Exchange by converting them into loans prior to the company going private, according to the ET report.  VTB also offered to pay off Essar Energy’s existing lenders China Exim Bank ($300 million) and Axis ($150 million) and transfer their $450 million exposure onto its book, sources told the paper. Essar has been sent a non-binding expression of interest by the Russian bank, the paper said.

The deal will close in the next few days, the Economic Times said, adding that Ravi Ruia was in Moscow last week for advanced negotiations with VTB officials.

The Essar group and VTB could not be immediately reached for comment by RIR.