The costs of integrating Crimea 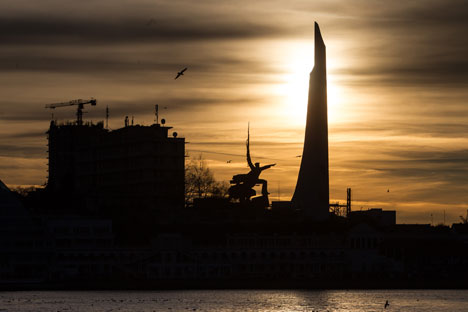 To raise wages in Crimea to Russian levels will cost 3.5 billion rubles per month, or 42 billion per year ($1.4 billion). Source: Sergey Savostianov / RG

Crimea may need investment of between $3-5 billion per year to cover social benefits, its budget deficit and infrastructure expenses.

While the international community is debating the price Russia will pay should it annex Crimea, the Russian government is calculating how much it will cost to maintain the region’s public services. According to various sources, Crimea may need investment of between $3-5 billion per year to cover social benefits, its budget deficit and infrastructure expenses, including the construction of a bridge across the Kerch Strait to link Crimea to Russia. The region will also need new sources of electricity, water and fuel. On March 17, Russia allocated Crimea 15 billion roubles ($400 million).

In recent years, the peninsula has accepted more funding from the central government in Kiev than it contributed. According to Leonid Pilunsky, a deputy of the Supreme Council of Crimea, last year the region financed only 34 percent of its budget. Alexei Ulyukayev, Russia’s Minister of Economic Development, has also acknowledged that Russia will face the additional challenge of increasing pensions and other social benefits up to Russian levels.

According to Yekaterina Obukhovskaya, an expert from the Obshchestvennaya Duma (Public Opinion) analytical centre, about 200,000 people work in the public sector of Crimea, and according to data from the Ukrainian statistical agency in February, their average salary was 12,500 roubles ($340). In Russia, this figure is almost three times higher – 30,000 roubles ($800 dollars). To raise wages to Russian levels will cost 3.5 billion roubles per month, or 42 billion per year ($1.4 billion).

Besides social investment, Russia will need to invest in infrastructure. If Ukraine cuts off Crimea from the electrical grid, transmission lines will have to be built across the Kerch Strait to supply the peninsula with energy, according to Alexander Khurudzhi, chairman of the board of Russia’s non-commercial territorial grid network. The quickest option – laying them across the bottom of Kerch Strait – would cost approximately 18 billion roubles ($490 million), according to experts. Russia’s Energy Ministry declined to comment.

In addition to urgent infrastructure spending, additional money may be required for new large-scale investment projects that could fundamentally transform the peninsula. Financing projects just the projects considered “necessary” will cost about $5 billion. Russia's trade representative in Ukraine has already made a list of projects that need Russian investment. The most expensive projects on the list are infrastructure-related. Rebuilding the highway along the edge of Crimea that connects Kherson, Djankoy, Feodosia and Kerch would cost $1.4 billion. Seaport development projects in Yevpatoriya, Feodosia, Kerch, and Yalta would require nearly $1.8 billion. There are also investment projects on the list for facilities for tourism, agriculture-related projects, and the development of the airports in Kerch and Sevastopol. Another $1.2 billion is estimated for the construction of a bridge across the Kerch Strait.

“For that money you could build a lot of hotels and other tourist infrastructure that would quickly pay for itself,” said Lukashov. The estimated $5 billion in investment would undoubtedly stimulate economic growth – Forex analyst Narek Avakian estimaes the entire Crimean economy to be just $10 billion

According to one federal official, the Russian government could reduce its financial obligation to Crimea if the peninsula claimed a special tax status, similar to that which existed from 1994 to 2007 between Russia’s federal government and the Republic of Tatarstan. For example, under this agreement Tatarstan kept 50 percent of all VAT collected instead of the standard 15 percent from excise taxes on alcohol, oil, and cars, said Rustam Vahitov, head of Baker Tilly Tax Services. The Federal Tax Service declined to comment on whether it would be possible to apply the same system in Crimea.

Switching to the Russian tax collection system and a uniform monetary system may take 9 to 12 months, according to Vladimir Redkin, Director for International Regional Finance at Fitch Ratings.

This text is based on reporting from RBC Daily and Vzglyad.