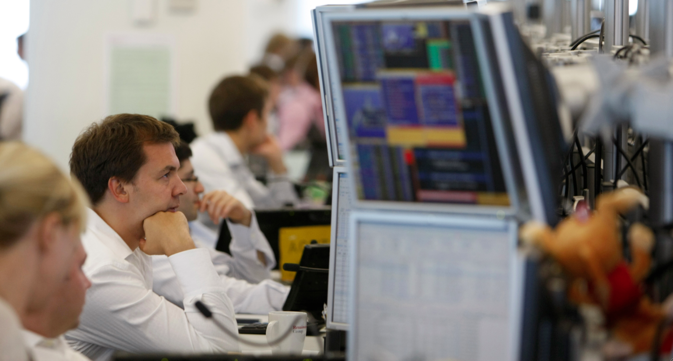 The grouping can work on a substitute for the SWIFT system and create a non-dollar pan-Eurasian financial market. In addition, an open skies agreement would help boost air traffic between the countries.

The current crisis over Ukraine has put a fresh impetus for the BRICS to initiate a concerted policy in the financial sector.

The members of the grouping have already decided to create their own development bank and the events surrounding Ukraine have only underscored the importance of this decision, says Vladimir Lupenko, a partner at the FCG consulting firm. Michael Krylov of United Traders is confident that the BRICS members can take it a step further and lock in each other’s currency payments, which will increase their chances of protecting their currencies against economic warfare.

Vasily Yakimkin at FIBO Group believes the recent events surrounding Russia have shown that when BRICS countries use SWIFT-codes to make payments in dollars or euros, they are rendered dependent on the West. Any country may be deprived of these codes at any time, making wire transfers impossible. This means that the countries in the association must begin creating their own SWIFT analog, while at the same time think about the creation of their own payments system.

The unexpected decision by VISA and MasterCard to block operations on the cards of some of the Russian banks falling under the American sanctions demonstrated the high level of dependency that such operations have on the U.S.

Another step forward, according to Vladimir Rozhankovsky, the director of the analytical department at Nord Capital Investment Group, would be to create a “non-dollar” pan-Eurasian trading and stock exchange that could provide the long-awaited jolt to the development of regional financial systems.

According to the assessment of RusEnergy partner Mikhail Krutikhin, China can derive the most notable benefit from aggravated relations between Russia and the West. “Sanctions may make it more difficult for Russian state companies to access sources of financing, and the Chinese, who have considerable monetary resources at their disposal, have the chance to place their loans and investments into Russia on the condition of entry into projects involving the extraction and transportation of hydrocarbons,” he said.

The BRICS members also have many opportunities to strengthen the partnership in the real economic sector. According to Professor Boris Eliseev, an expert at the Public Chamber of Civil Aviation, the member countries could implement an open sky regime within the framework of the association. “This will facilitate cooperation within the countries and the development of passenger transportation,” he said.

The trump card would, of course, be to expand cooperation in oil and gas. Russia does not necessarily need the EU and the US for supporting oil production and the development of new fields.

“They have learned how to make pipes in Russia themselves. They purchase installations and the like in China or collect them under the guise of their own, and platforms are ordered in Korea and China,” explains Mikhail Krutikhin. Technically, the reorientation of the export of oil from the West to the East could be accomplished in 1-2 years. It is more difficult with gas as considerable investment would be necessary to work this out. However, this problem can also be solved if China and India agree to become “anchor” customers for eastern Siberian gas.

In other areas, Brazil is fully capable of increasing its partnership with Russia in agriculture and, apparently, will be doing so soon since Europe cannot technically supply Russia with pork as a result of the spread of the African Swine Flu.

China and India may be brought into Russian projects related to near space exploration and the production of safer nuclear energy. India can also get increased military-technical cooperation with Russia and a higher level of access to Russian technologies in the sphere of weaponry.

In Vasily Yakimkin’s assessment, China will be able to fortify its leadership position in the development and manufacturing of electronics; India will do so in pharmaceutical field; and Brazil will overtake the EU countries and USA in the biotechnology and livestock production sectors. South Africa, China, and Russia will also be able to lead in certain agricultural sectors, if they are not interfered with. He is certain that, “in the near future, the BRICS countries will ever increasingly promote their strategic commercial and economic priorities, working to acquire, retain, and buttress their economic attainments, but that this will not be possible to achieve without liberation from financial shackles.”

FxPro financial analyst Alexander Kuptsikevich thinks that the strong developing countries must consider investing in each other’s economies alongside trading with each other. “The growth in BRICS in the past years has been based largely on the infusions of capital from developed countries but now capital from developing countries can be used in place of capital from the developed world. It seems to me that companies in Russia and China are strong enough to attempt expansion into foreign markets. The previous tremulous attempts are capable of becoming more dynamic,” he said.