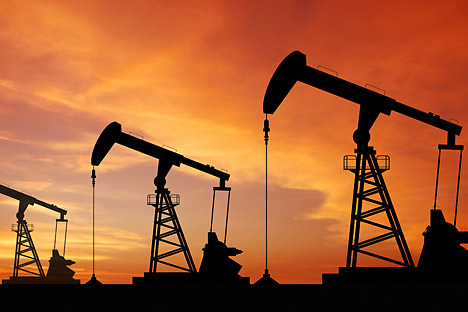 If the reserves at Velikoye are confirmed, this is definitely the largest oil field discovered in the past 20 years. Source: Shutterstock / Legion Media

The field in the Astrakhan region is believed to hold 300 million tonnes of oil and 90 billion cubic metres of natural gas.

The Russian Ministry of Natural Resources announced the discovery of Velikoye, an oil field with a projected reserve of 300 million tonnes of oil and 90 billion cubic metres of natural gas, which is the largest in Russia in the last 20 years. It is located in the Astrakhan region and belongs to the small company AFB. The project is currently in the exploratory phase.

The Chinese will help

“Work continues at the oil field, but it is already clear that it is one of the largest fields recently discovered on land,” stated Natural Resources Minister Sergei Donskoi. According to the minister, the development of the new oil field will proceed quickly and efficiently. The field was discovered by the small company AFB, whose major shareholder is Vitaly Vantsev, the co-owner of Moscow’s Vnukovo Airport. The company is considering the major oil and gas companies as partners for the project, but so far is not conducting any negotiations on the subject of either a partial or a complete sale of its assets.

Oil and gas deposits in Russia

According to estimates by the lead analyst at UFS IC, Ilya Balakirev, a preliminary estimate puts the size of the investment at $1.5 billion. “If the reserves at Velikoye are confirmed, this is definitely the largest oil field discovered in the past 20 years, and it could be, based on reserves, in sixth or seventh place out of the ten largest in the country,” said one analyst. According to Pyotr Kaznacheyev, director of the Centre for Raw Material Economics at RANEPA, considering the foreign policy and economic situation, Western banks will not provide those kind of funds. Moreover, their participation in the project as minority partners is unlikely. Most likely, Rosneft, which can acquire advance financing from Chinese state banks against future delivery of oil, will show interest in the project. Only Rosneft, which depends on government contracts, can take advantage of this plan. Specifically, the purchase of TNK-BP by Rosneft was financed this way.

They didn’t believe it at first

Information about the discovery of a large oil field in the Astrakhan region came to light two years ago, but at that time its reserves were estimated at only 43 million tonnes of oil. In 2013, Interfax, quoting the lead geologist at AFB, reported that the company estimated the field’s reserves at 140 million tonnes of oil and 40 billion cubic metres of natural gas. At the same time, it was noted that the Velikoye oil was light crude.  Today, the majority of the oil in the Astrakhan Oblast is extra heavy, and its processing and subsequent sale is extremely difficult.  One of the market participants told Kommersant that it took an interest in, for example, one of the neighbouring fields, but in the end declined buying.  If reserves of light crude in the field are confirmed, that completely changes things.

The largest companies in the field — Rosneft, Lukoi, and Gazpromneft — declined commenting on their interest in the project. According to Karen Dashyan of Advance Capital, only one exploratory well has been drilled and it, in fact, cannot provide exact information about the oil reserves.  In his opinion, that is why investors have so far considered the risk factor to be high. “For the field’s reserves to be convincing for the market, the company needs two or three more wells,” he said.