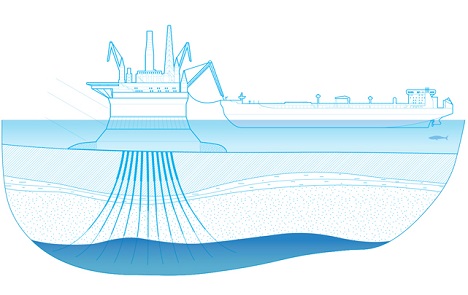 The Russian company has issued reassurances that the construction features completely help prevent an oil spill during extraction, storage, or shipment.

The first oil extraction project has been successfully implemented in the Arctic by Gazprom on the Prirazlomnaya oil platform despite large-scale protests from ecologists, including the organization Greenpeace, which is opposed to offshore production on the shelf.

According Gazprom, the first batch was purchased by one of the largest energy companies in Europe and the raw material was sold by direct contract. It is not clear, however, which company this was. Gazprom had earlier provided assurances that oil under the new ARCO brand would be supplied to the port of Rotterdam.

The field is located deep in the Pechora Sea, 37.28 miles from the shore, meaning that getting to it would not be so simple in the event of an oil spill. Specialized icebreakers maintain constant vigil next to the platform and a special accident complex has been built on the shore in the village nearest to the platform.

Gazprom has issued reassurances that the construction features completely preclude an oil spill during extraction, storage, or shipment. The oil is stored in a special compartment with three-meter concrete walls – a gigantic storage chamber that can hold up to 94,000 tons of oil. Moreover, in the event of an oil spill, the platform’s interlock system should activate within seven seconds, and the choice of mooring of a tanker depends on the wave conditions of the sea, the ice drift, currents, and wind.

Two new tankers, which can move astern (backwards) through ice, were built in order to supply the oil; they were named in honour of the famous Russian actors Mikhail Ulyanov and Kirill Lavrov.